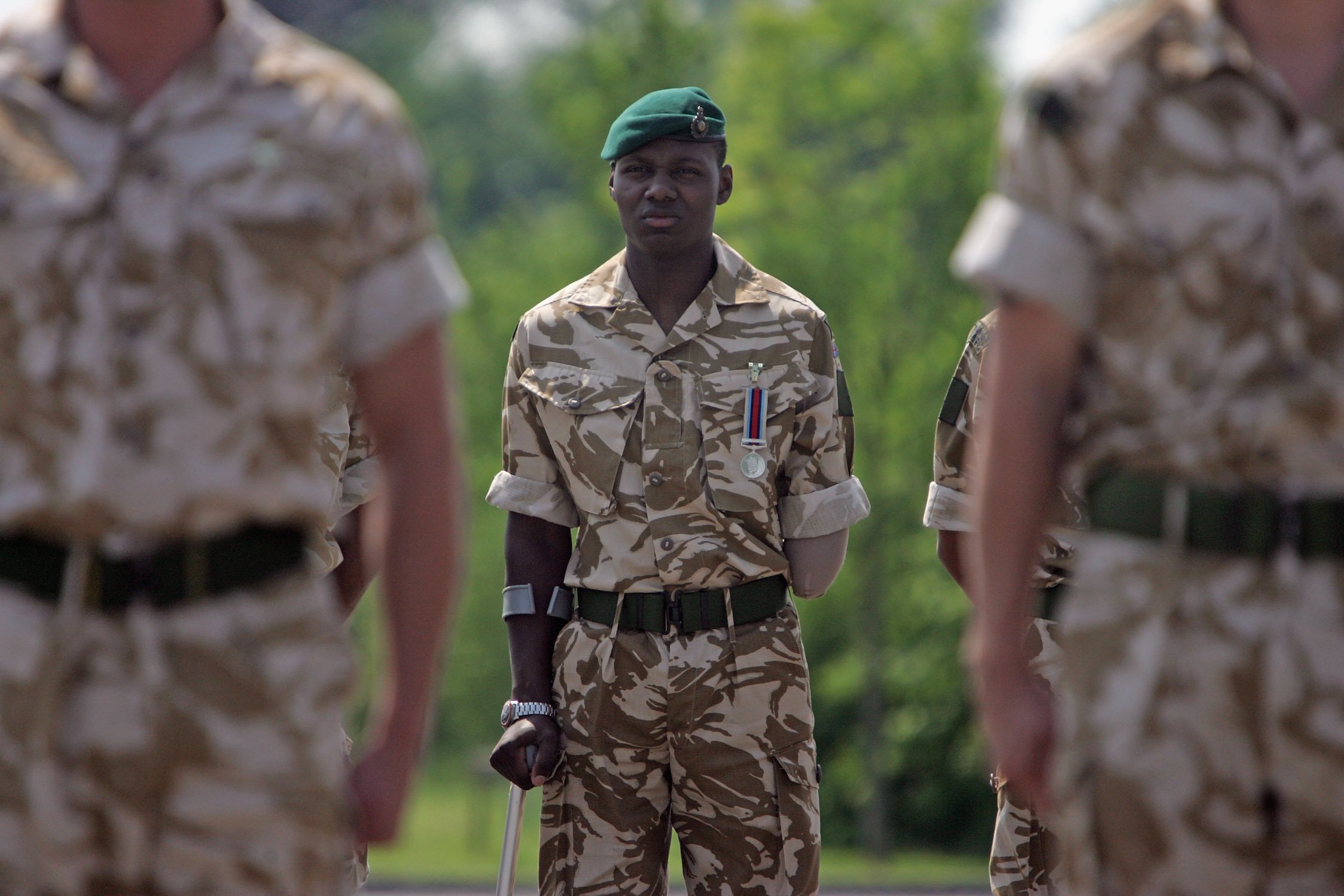 A severely injured war veteran and friend of Prince Harry has told him to ‘shut up’ and stop airing grievances against his family.

Former commando Ben McBean was hailed a hero by the Duke of Sussex after he lost an arm and leg in a bomb blast in Afghanistan.

But earlier today, Mr McBean, who lives in Plymouth, Devon, took to social media to vent his frustration at Harry’s ongoing public spat with the royal family.

He wrote: ‘Love you Prince Harry but you need to shut up! Makes you wonder about the people he’s hanging around with.

‘If it was good people somebody by now would have told him to stop.’

It follows another round of revelations ahead of the release of Harry’s explosive new memoir, titled ‘Spare’.

In a leaked extract from the book published by The Guardian, Harry claims Prince William physically attacked him in a row seemingly about Meghan Markle.

The confrontation allegedly took place when Harry lived in Kensington Palace in 2019.

Harry was reportedly left with a visible injury to his back after William is said to have grabbed him by the collar, ripped his necklace and knocked him to the floor.

Elsewhere in the book, Harry calls his brother his ‘arch-nemesis’ and claims he and Kate ‘howled’ with laughter when asked about the Nazi uniform he infamously wore to a costume party in 2005.

Although Harry has not responded directly to Mr McBean, in a recent interview with ITV he said airing his grievances was the only way things will get better for him and Meghan.

In a brief clip of his upcoming interview with journalist Tom Bradbury, Harry said: ‘I don’t know how staying silent is ever going to make things better.’

Tom then asks: ‘Wouldn’t your brother say to you, “Harry, how could you do this to me after everything? After everything we went through?” Wouldn’t that be what he would say?’

And Harry replies: ‘He would probably say all sorts of different things.’

He later befriended Harry after the two shared a flight back to the UK together.

Following a gruelling recovery process, Harry cheered him on as he completed a 31-mile run on behalf of the Poppy Appeal through London in 2014.

And in another leaked extract from Harry’s memoir, the duke said he killed 25 people while serving in Afghanistan – something he says he is neither proud nor ashamed of.

Drinkers get last rounds in before millions enter tier 4 restrictions