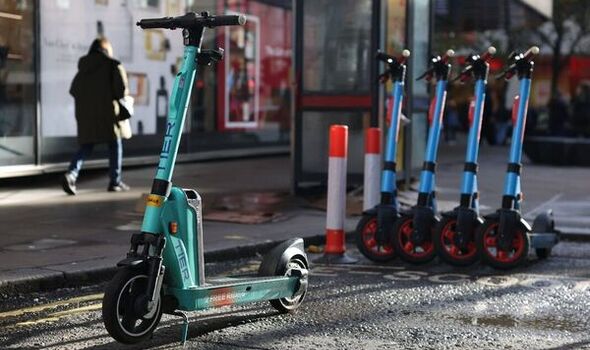 Rescuers had to use a thermal image camera to identify two people in the smoke and rush them to hospital while the house was gutted.

The victims needed treatment for smoke inhalation as experts warned of the dangers of charging batteries inside – especially when people sleep.

The blaze was caused by an e-bike’s lithium-ion battery failing. After Saturday’s emergency in Whitehaven, Angela Opie, of Cumbria Fire and Rescue Service, said: “It’s incredibly concerning we are seeing a rise in e-scooter and e-bike incidents.

“When these batteries and chargers fail, they do so with ferocity and because the fires develop so rapidly the situation can quickly become incredibly serious.

Pleaded “These items are often stored in communal areas and corridors and can block people’s only means of escape.”

Owners are advised to store them in a safer location such as a shed or garage with a smoke detector installed and charge them on a hard, flat surface.

In June fire crews said a family were “lucky to escape with their lives” after their home in Huyton, Liverpool, was wrecked when their faulty e-bike battery blazed.

They pleaded with owners to avoid over-charging lithium-ion batteries, only to buy bikes from reputable outlets and avoid “dangerous” fake or stolen e-bikes.

Also in June, 60 firefighters fought a blaze at a Shepherd’s Bush tower block in West London.

The fire was blamed on a faulty e-bike battery.

Meghan and Harry could be ‘sidelined’ at Queen’s funeral