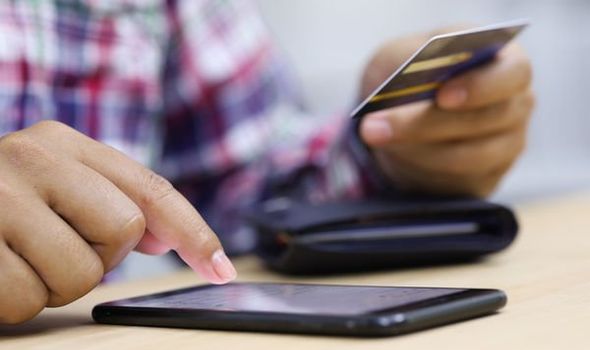 Some 413,553 cases were reported to Action Fraud in the year to April, up 33 percent on the previous 12 months.

By contrast, the rise in the year to 2020 was just 8 percent, indicating the extent of the “scams industry” boom in the past year.

But the true scale of the problem is likely to be much higher.

Office for National Statistics crime data estimates there were more than four million incidents of fraud in 2020. It suggests only around 10 percent of offences are reported to Action Fraud.

Online shopping scams were the most reported type of fraud, increasing by 65 percent in a year.

More than 103,000 people fell victim to online shopping rackets –more than the next three categories of cons combined. Young people were hardest hit, with 56 percent of reports to Action Fraud coming from 20 to 39-year-olds.

That compares with 34 percent from the 40 to 59 age group. Just nine percent of those affected were aged 60 to 79.

Phone and text scams increased the most year-on-year, by 83 percent.

Consumer magazine Which? said fraudsters appeared to have taken advantage of people’s changing habits, most recently leading to a surge in texts from fake courier and delivery firms asking recipients for admin fees to retrieve packages.

The second biggest increase was online shopping scams, up 65 percent, ahead of investment fraud, which rose by 50 percent and cost victims £535million, the highest value recorded. There was also a 39 percent rise in “recovery fraud”, where victims are conned for a second time by criminals pretending to help them claw back losses from an original scam. Victims were down an average of £14,408.

Which? is calling for the Government’s Online Safety Bill to give internet platforms a legal responsibility to identify, remove and prevent fake and fraudulent content on their sites.

Jenny Ross, Which? Money editor, said: “Fraudsters have added to the suffering that many people have faced during the past year by using the pandemic and the increase in online shopping as a springboard for tricking a growing number of victims.

“Tech giants, banks, telecoms providers, regulators and the Government need to keep up with the evolving tactics of scammers.

“They need to make sure people cannot be targeted when going about everyday activities like shopping.

“The Government’s Online Safety Bill must give online platforms a legal responsibility to identify, remove and prevent fake and fraudulent content on their sites – including the adverts often used by fraudsters as part of online shopping scams.”

Queen health update: Monarch shares the ‘secret to why she feels so fit and well’