Home » Europe » Water rationing begins: Supermarket puts limit on how many bottles you can buy 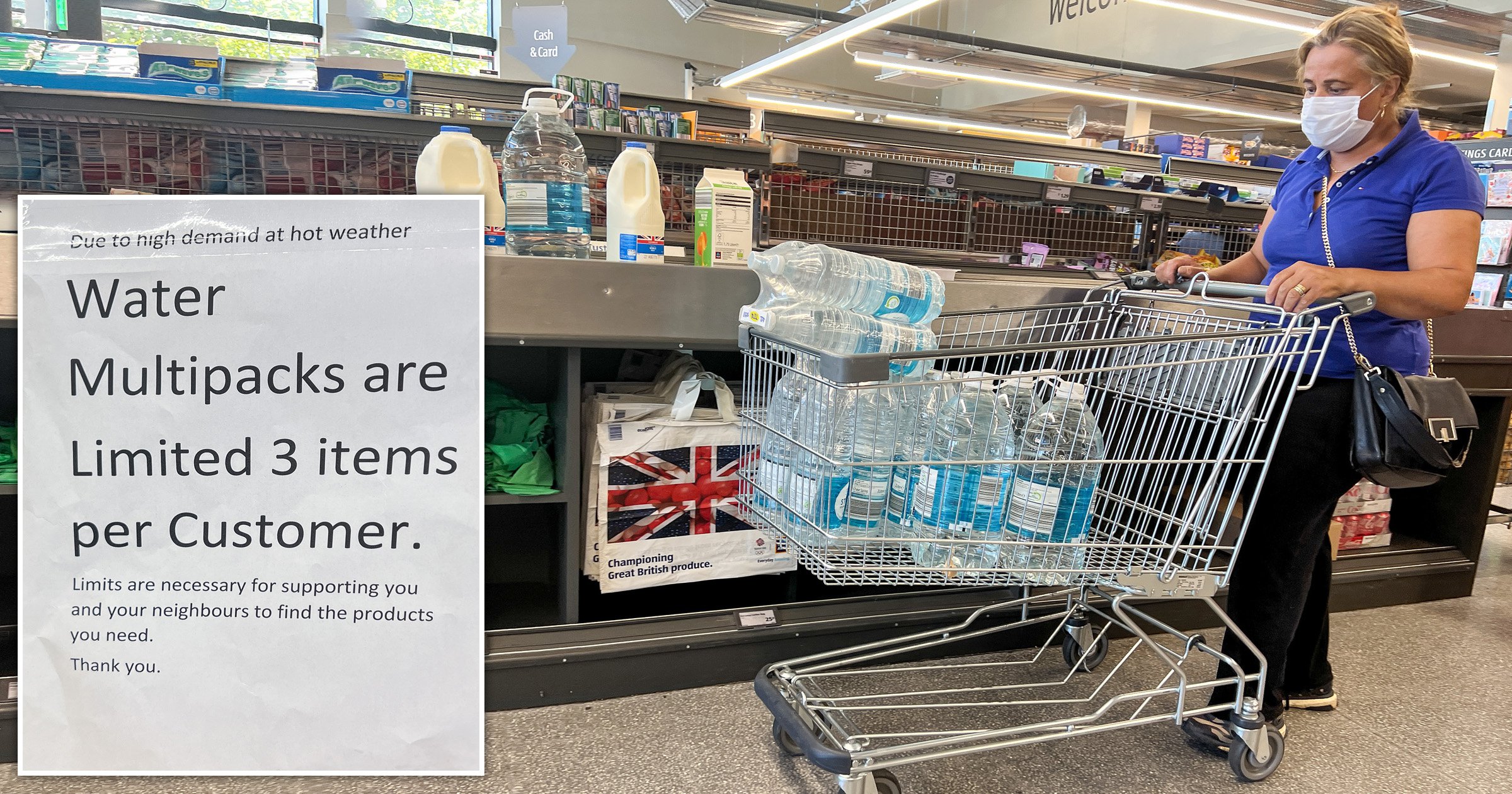 Aldi has started rationing bottled water after the UK started announcing hosepipe bans and a drought was declared in parts of England.

One branch in London was only allowing people to purchase three multipacks each in a bid to stem panic buying.

A poster said: ‘Limits are necessary for supporting you and your neighbours to find the products you need.’

One sign limited multipacks of water purchases to three, with single bottles having a limit of five per customer.

Supermarkets have the right to introduce limits on items in stores at the discretion of managers.

They are usually imposed by individual stores as a result of high demand and not automatically rolled out across a chain’s branches.

A spokesperson for Aldi said: ‘Customers should not panic. Aldi has no national limit on the sale of bottled water. Neither does Aldi intend to ration the sale of these products.’

Asda and Sainsbury’s have confirmed they have no limits on the number of bottles people can buy.

In more restrictions, Yorkshire Water became the fifth company in England and Wales to announce a hosepipe ban for its five million customers.

Southern Water, South East Water, Welsh Water and Thames Water have all announced hosepipe bans either now or in the coming weeks, while South West Water and Severn Trent have all indicated they will also bring in restrictions.

Together, the bans would cover more than 32 million people.

Temperatures today were expected to climb to 35°C, making the country hotter than parts of the Caribbean, with the heat threatening crops including potatoes, apples, hops, broccoli and sprouts.

Residents in London, the South West, Southern and Central England and East of England have been moved into drought status where they are being urged to be frugal with water due to Britain’s driest summer in 50 years, with no rain and 37°C forecast tomorrow and 35°C on Sunday.

The official drought declaration does not automatically trigger legal limits on water use in the eight areas of England named today.

It will pile more pressure on more water companies to ban customers from using hosepipes and sprinklers.

Washing cars with buckets of water from the tap could also soon be outlawed.