While signing a book at Hillsborough Castle near Belfast, King Charles aired his clear frustration over a leaky fountain pen. The monarch’s outburst has come under review from royal commentators, with some suggesting the King’s “temper” is far more evident than that of the late Queen Elizabeth II. However, other critics have suggested the outburst should be considered in the context of the Queen’s passing, which has thrown the Royal Family into the public glare and placed unprecedented pressure on King Charles.

“I think it was understandable given the circumstances, but he was once again irritated with an inkwell and a fountain pen.”

Rupert Bell, the royal correspondent for Talk Radio added: “He is used to everything going right but the spotlight being on him is inevitable when something just goes wrong.

“When things go wrong, clearly, underneath it doesn’t take long for the tempers to fray.” 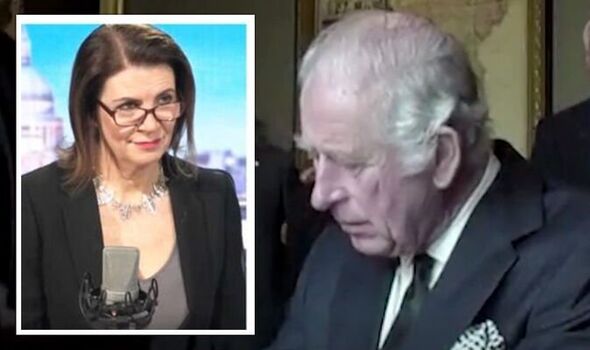 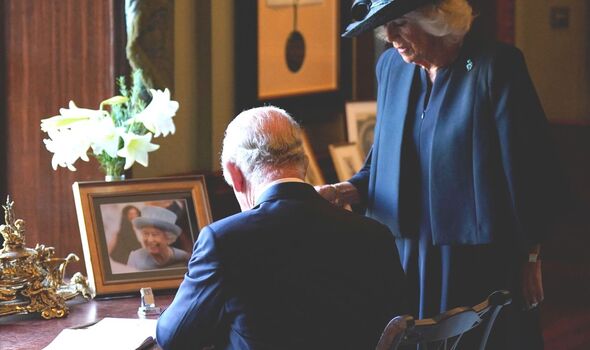 Ms Hartley-Brewer continued: “We never saw that in the Queen, there would be a pursed lip and that was it.

“We all find fountain pens annoying, he is under a lot of stress, his mother has just died and he is in the public glare.

“I think we should have a bit of empathy and sympathy at this time, but we also know that this is what he is like.”

The King appeared to lose his temper in Northern Ireland, having accidentally signed the wrong date and then noticing some ink had transferred onto his sleeves. 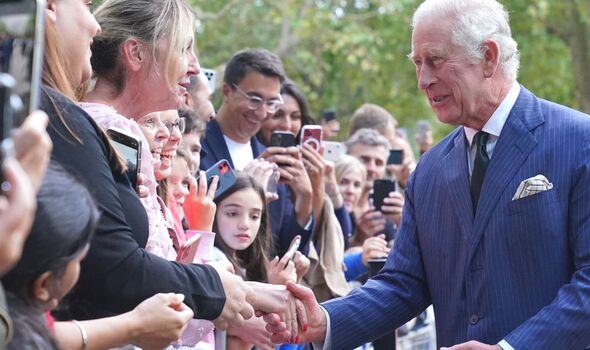 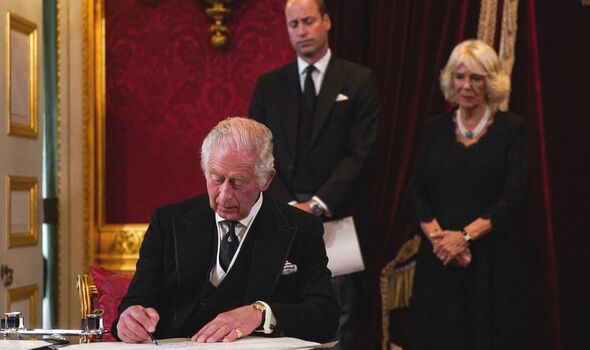 Having noted the ink leaking over his palm, King Charles rose from his seat and said: “God, I hate this,” while wiping at his hand.

The King’s temper flared as he continued: “I can’t bear this bloody thing! It’s what they do every stinking time.” 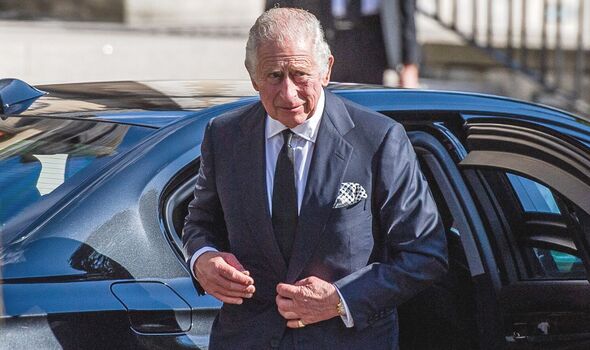 The exchange followed an earlier incident during the accession on Saturday, in which a frustrated King Charles had signalled to royal aides to move a tray of pens that blocked his arm as he signed a series of documents.

While acknowledging the pressures facing King Charles, Talk TV panellist Adam Boulton said: “The Queen wouldn’t have behaved like that. She would have made a joke of it.”

Political commentator Sophie Corcoran said: “Charles has lost his mother and has had to become King and mourn in full public view – who cares if he got upset over a pen.”

History correspondent for The Times Jack Blackburn added: “I think it’s possible to read too much into a bit of grouchiness from someone who has been travelling non-stop since his mother died last Thursday.”