A teenager has been found guilty of murdering two sisters in a park last year.

Bibaa Henry and her sister Nicole Smallman had been celebrating Bibaa’s 46th birthday last June when they were attacked and stabbed to death by Danyal Hussein in Wembley, northwest London.

A murder trial at the Old Bailey heard how Hussein, 19, had made a bizarre pact with Satan to kill women in return for winning the lottery.

Detective Chief Inspector Simon Harding, the senior officer in charge of the investigation, said Hussein had promised to “sacrifice” at least six women every six months in a handwritten agreement with the devil.

Detectives found the letter, which was signed in the teenager’s own blood, when they searched his bedroom at his mother’s home in south London in the weeks after the murders.

The letter read: “For the Mighty King Lucifuge Rofocale,” a reference to the treasurer of hell. 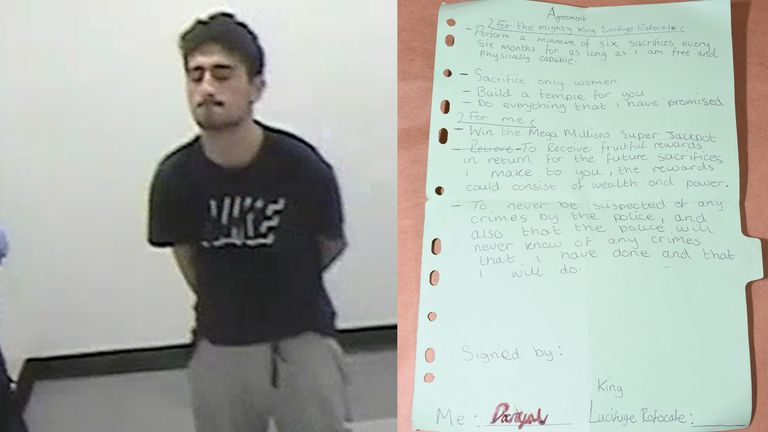 It went on: “Perform a minimum of six sacrifices every six months for as long as I am free and physically capable.”

It added: “Sacrifice only women, build a temple for you, do everything that I have promised.”

Underlined underneath were the words: “For me” and then: “Win the Mega Millions super jackpot.”

It continued: “To receive fruitful rewards for the future sacrifices I make to you, the rewards could consist of wealth and power, to never be suspected of any crimes by the police and also that the police will never know of any crimes that I have done and I will do.”

A second letter to the devil was also found in the teenager’s bedroom, promising similar “sacrifices” in return for better luck with the opposite sex.

Police believe that Nicole Smallman and Bibaa Henry were not specifically targeted by Hussein, but were just very unfortunate to be in the wrong place at the wrong time.

The sisters had been with a group of friends in Fryent Country Park on the evening of 5 June last year.

As well as marking Bibaa’s birthday, the group was also celebrating the partial lifting of the first COVID lockdown.

As the friends drifted off home, Bibaa and Nicole stayed in the park into the early hours, taking selfies of themselves dancing in the dark with fairy lights.

In one of the selfies, the sisters could be seen looking off to the side, as if distracted by something.

Police believe this may have been the moment they spotted their killer.

After stabbing them dozens of times, Hussein dragged their bodies into a nearby wooded area.

Days later, as family and friends scoured the park in a frantic search for the sisters, Nicole’s boyfriend made the horrific discovery and called the police.

It was DNA evidence, significant quantities of Hussein’s own blood, that helped police identify their killer.

The teenager had cut his own hand in the violent and sustained attack and police were eventually able to find a match to a relative of Hussein on the DNA database.

That enabled them to narrow the search to the teenager after they discovered he had been staying with his father near the park on the night of the murders.

CCTV showed him leaving his father’s house on the evening of 5 June and returning home after 4am the following morning, minus his trousers, which police believe he discarded because they were covered in blood.

Other CCTV showed him in an Asda supermarket in the days before the murders, buying the block of knives he used in the attack.

Throughout the investigation, Hussein refused to cooperate with police, eventually claiming through his defence team that he had not killed the sisters.

He claimed his blood was found at the murder scene because he had himself been attacked in the park that evening by an unknown assailant.

But DCI Harding said his claims were ridiculous and blown apart by the discovery of the letters to the devil, penned in his own handwriting and signed in his own blood.

The chief inspector said he believes Hussein would have gone on to kill other women, had he not hurt himself and been stopped by police.

“I truly believe that if he hadn’t cut himself so badly on his hand when he attacked Nicole and Bibaa, he would have carried on his contract,” DCI Harding said.

“His contract was to kill six women every six months and then out of those sacrifices, as he calls them, he’s then going to be rewarded by a demon with the Mega Millions jackpot.”

The senior investigator said Hussein’s motive was so bizarre, it felt like the plot to a movie.

“It’s ridiculous in its concept to us, we don’t understand things like that. How he’s developed that mindset is incredibly strange and deeply worrying as a person.

“Straight away after he’s killed the sisters, he goes and buys his lottery tickets. He’s carrying on his contract, which is disturbing because then he hasn’t completed the first part of it. 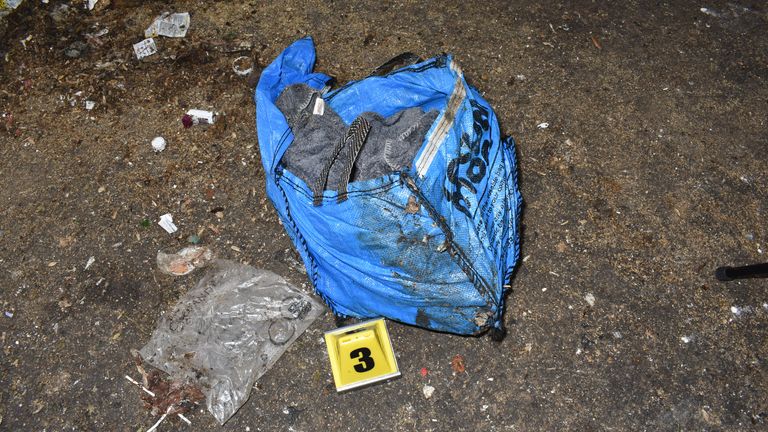 “He’s got to kill another four in those six months. But fortunately, because he’d hurt his hand so much and wasn’t able to use it properly, we got to him and stopped him before he could harm anyone else.”

As horrific as the murder of Bibaa Henry and Nicole Smallman undoubtedly was, their family and friends had to endure the added trauma of learning that two police officers sent to guard the murder scene had been investigated for misconduct.

The officers were subsequently charged with taking unauthorised pictures of the victims.

They are due to appear at the Old Bailey later this month.

Danyal Hussein has been remanded back into custody and will be sentenced at a later date.