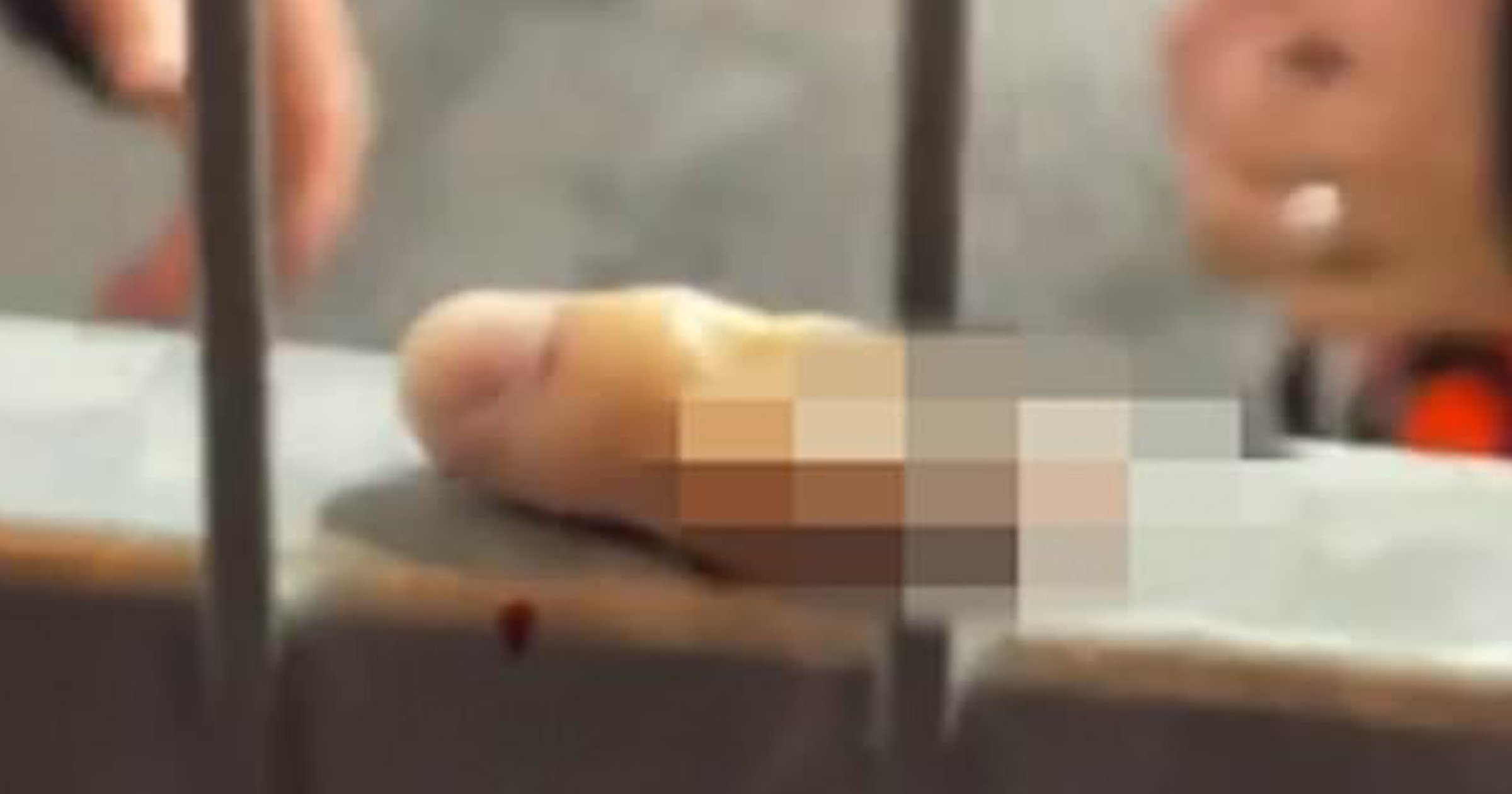 A West Ham United fan is believed to have lost a finger celebrating a goal in the away end against Belgian side Genk on Thursday.

The digit, which appeared to have been severed between the first and second knuckle, was spotted on the floor in the stands of the Cegeka Arena in the eponymous city in eastern Flanders.

Footage appears to show a steward nonchalantly pick the finger up and place it on a fence barrier separating fans from the pitch before walking off.

He was then called back by West Ham fans frantically screaming for ‘ice’, frustrated by the language barrier as several stewards seemed to stand around nonplussed.

The unnamed supporter is said to have lost the finger by banging the fence with his hands.

He has since received medical attention, MailOnline reports.

The Europa League clash between the Hammers and Genk resulted in a 2-2 draw, leaving the east London side top of their group and undefeated in Europe this season.

Ghanaian midfielder Joseph Paintsil eked out an opening goal for Genk four minutes into the game, which continued at 1-0 until just before the hour mark.

Saïd Benrahma then drew level for West Ham, and scored again at 82 minutes to give them the lead.

On own goal by defensive midfielder Tomáš Souček three minutes before time denied David Moyes a victory in his 1000th game as manager.

Moyes said after the game: ‘I thought the away fans were fabulous. They were great, right from the start, they were incredible.

‘They were in the ground very early but I think in the Premier League our away fans have been very good and we appreciated it.’