Police have issued new CCTV images of a man wanted in connection with two murders in Westminster.

Lea Peacock was seen at North Wembley station on the evening of 19 August – the same night, at 9.30pm, that officers were called to an address in Ashbridge Street, where Sharon Pickles, 45, was pronounced dead.

Hours later, at 2.15am on Friday, 59-year-old Clinton Ashmore was pronounced dead at another property in nearby Jerome Crescent. The Metropolitan Police said both had died from a stab wound to the neck and that the two incidents were being treated as linked, with an appeal launched for information about Peacock.

Detectives believe the 49-year-old knew both Ms Pickles and Mr Ashmore, and the public is being urged to call 999 should they know where he is. They should not approach him if they see him.

The force are offering a £20,000 reward to anyone who provides any information leading to the conviction of the person responsible for the murders.

Detective Chief Inspector Wayne Jolley, from the Met’s Specialist Crime Command, said his thoughts were with the families of the victims.

“This is a shocking crime and we will not rest until we bring the person or persons responsible to justice,” he said.

“Key to that is finding Lee Peacock. We believe he knew both victims and urgently need to locate him to talk to him about their murders.

“We have a team of detectives working around the clock to find him, but so far they have been unable to locate him.

“I would urge anybody who knows his whereabouts to contact police immediately by calling 999.

“If seen, we would urge the public not to approach him, but to contact police as soon as possible.” 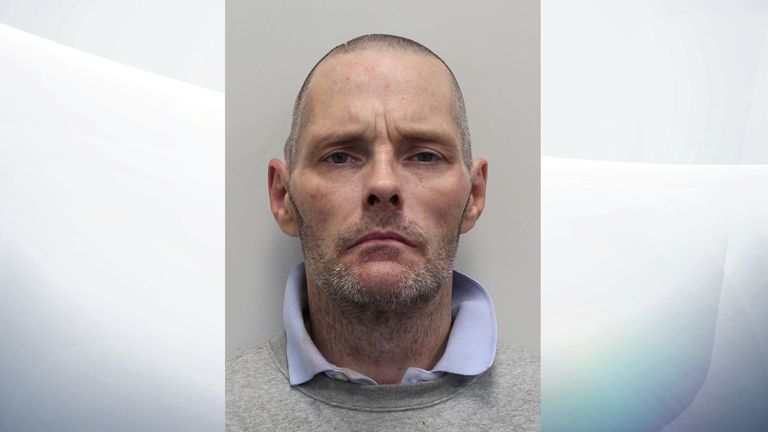 Detective Superintendent Luke Marks, also of the Specialist Crime Command, said: “I know this will cause concern among the community but I would like to reassure the public that we have a dedicated team of officers who are tasked with finding Lee.

“And once again I would like to appeal for anyone who sees him to call 999.

“We are also offering a £20,000 reward for any information leading to the conviction of the individual responsible for these murders.”

Information can also be provided anonymously to Crimestoppers by calling 0800 555 111.

‘Stop pussyfooting around!’ Leicester authorities urged to get a grip amid lockdown chaos