Home » Europe » What about YOURS? Putin demands UK give Falklands back – but maintains own islands claim

The shock claim was made by Russian ambassador to Argentina Dmitry Feoktistov, who said that Britain should relinquish the Falkland Islands to Buenos Aires because “the time of colonialism has passed”. He also said that Moscow will “always support” Argentina, who to this day assert they are the rightful owners of the British territory. The ambassador added: “In Russia we have the commemoration of the Immortal Regiment on Victory Day, when people go out with portraits of their loved ones who died in the war.

“In Argentina we commemorate it in St. Martin Square, we march to the Monument of the Fallen in Malvinas (Falklands) and many Argentines join us on this date.

“I want to tell all veterans and Argentines that Russia has always been and will always be with you.

“We will always support you in everything and especially in the sovereignty issue over the Malvinas as we have always done in the United Nations.

“The time of colonialism has passed and the English must return the Malvinas Islands to Argentina.” 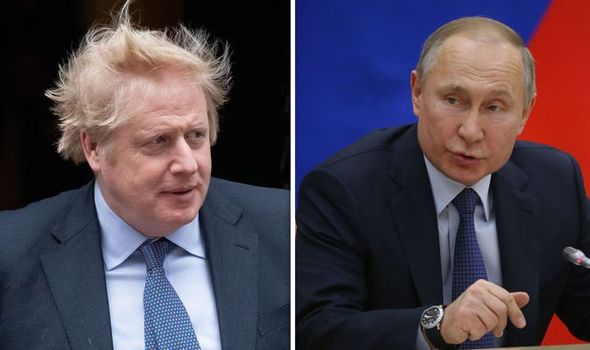 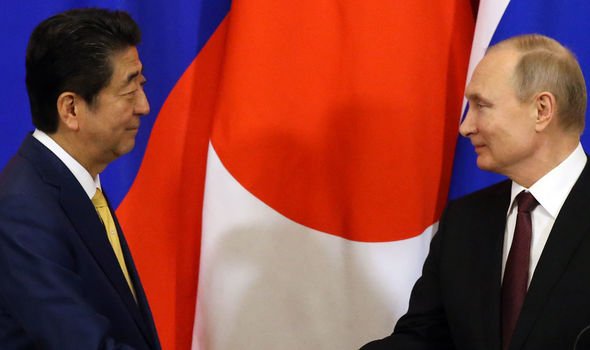 While the UK and Argentina still disagree over the Falkland Islands to this day, Russia has its own dispute with Japan over a cluster located in the North Pacific Ocean.

Also known in Japan as the Northern Territories dispute, Tokyo and Moscow both claim sovereignty over the cluster of islands which lies northeast of Japan and southeast of Russia.

The four islands have been at the centre of Japan-Russia jostling for decades after they were annexed by the Soviet Union after a landing mission near the end of World War 2.

At the time, Japan were losing momentum and Allied forces from the US began to gain control in the Pacific.

In January 2019, Mr Abe said that all four of the islands were Japanese territory. 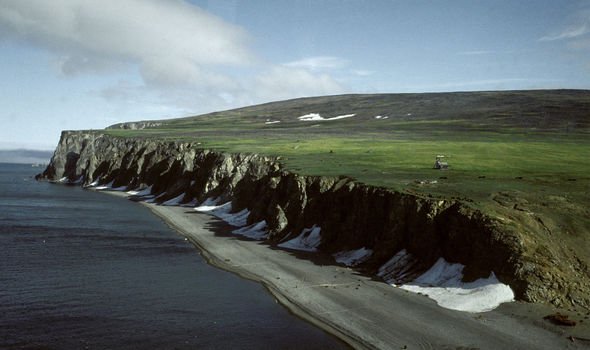 He said: “The northern territories are our ancestral territories. There are no changes in this position.

“There are ongoing negotiations [with the Russian side] on the basis of the documents and agreements that were signed.

“However, the Japanese-Soviet declaration of 1956 is the only document that was ratified by the parliamentary members of both countries and it still has legal force.”

But passions run equally high in Russia. Around the same time as Mr Abe’s comments, Russians held protests as the leaders from the two countries prepared to meet to discuss the issue.

Demonstrators chanted “the Kurils are our lands!” and “dismiss the government!” in a park in front of the Russian army theatre in downtown Moscow. 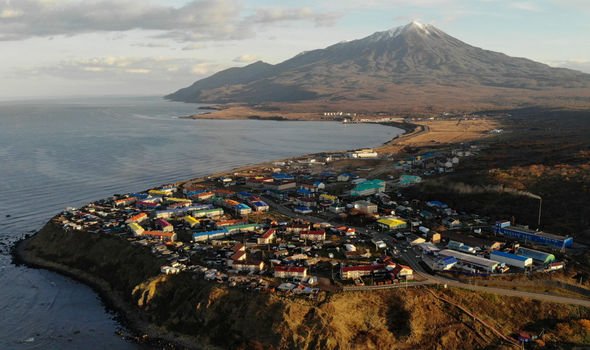 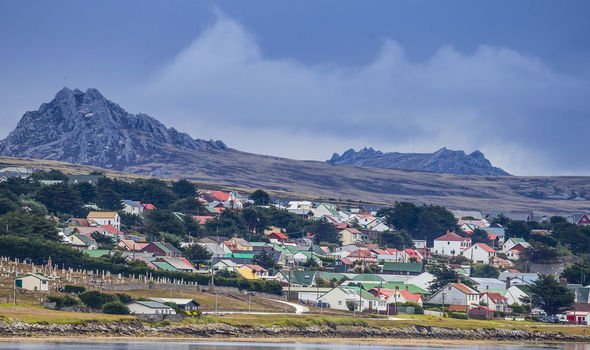 One placard even read: “We’ll hand over Putin rather than the Kurils!”, the Telegraph reported.

The Russian President sent a warning to Japan via his deputy last August when he visited one of the four Russian-held islands.

Prime Minister Dmitry Medvedev was asked if he was worried about Japan’s claim, to which he replied: “Why do we need to worry? This land is ours.

“The more furious Japan becomes, the more often we will visit here and the more encouraged we will be to introduce more measures to address problems here.”