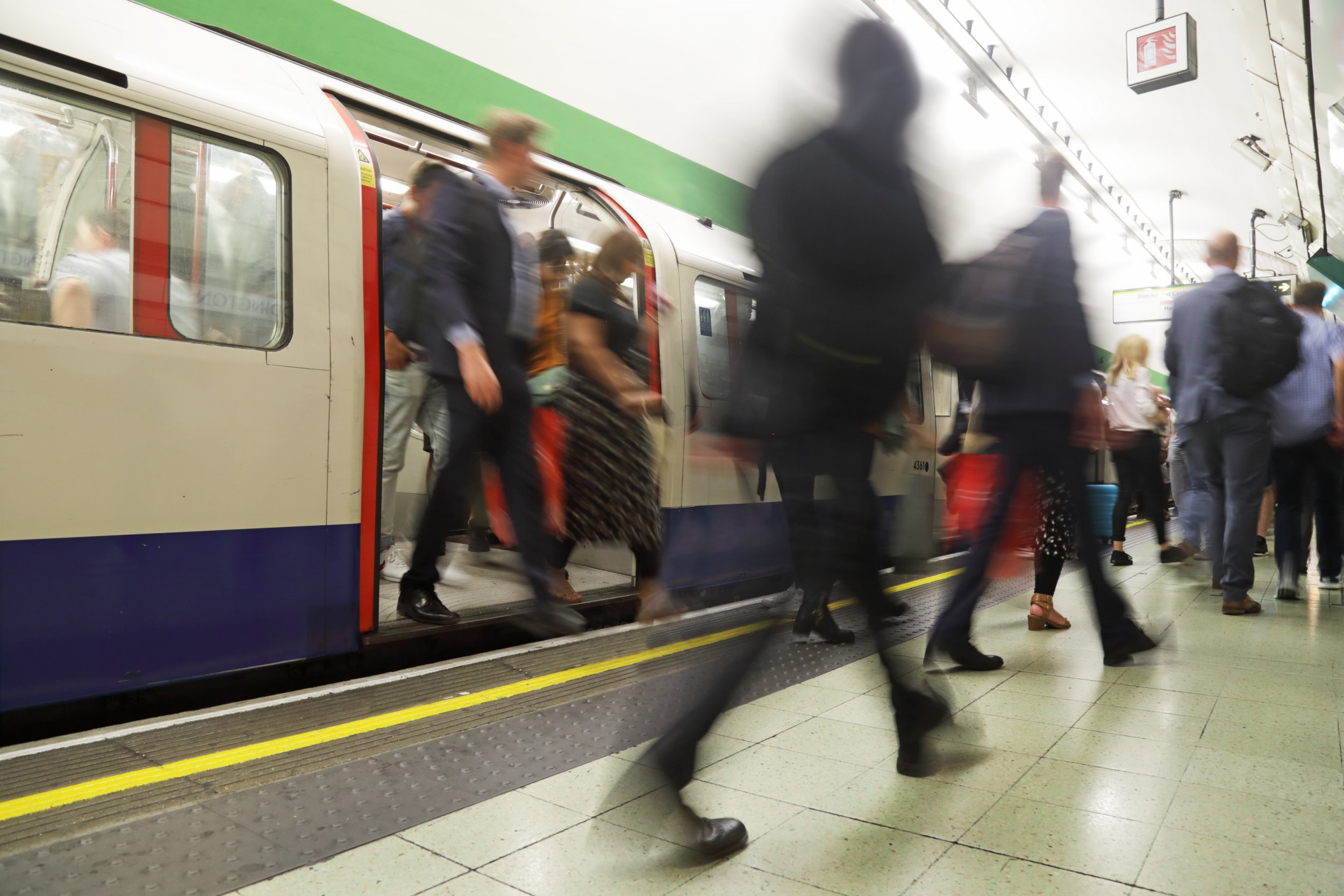 How many of us know someone who has been sexually harassed, assaulted or abused on public transport?

And how many of us have been the victims of such behaviour? The answer to both questions is ‘too many’.

Drunk commuters have become part of the furniture on the Night Tube in London – or on late-night trains elsewhere in the country.

There are also the lingering eyes of some men that make the hairs on the back of your neck stand up, or those who make you feel uneasy by standing too close to you.

Some 81% of them said people witnessed what happened to them, but no one intervened.

With the help of Solace Women’s Aid and the British Transport Police (BTP), we have put together a few useful ways to help a victim on public transport, which we hope can make a world of difference to someone.

According to London Travelwatch, more than a quarter of people do not know who to call if a crime is happening right in front of their eyes.

The golden rule our parents have been drilling into us since we were toddlers is to call 999 in case of an emergency, when an urgent police response is needed.

This is true but there are other ways passengers can report disturbances.

Reports can also be made by texting the BTP on 61016, or via the new Railway Guardian app now available to download on the Apple and Google Play store.

The 24/7 text service has seen a big PR push, and reports of sexual harassment and sexual offences to the specialist force have risen by 175% since before the pandemic.

The discreet number can be used if you are ever victim to, or witness, sexual harassment on the railway and London Underground.

People can also text anonymously if needed. Tell them the nature of the incident, the location and the time.

For example: ‘Abusive man on the 7pm District Line train to Upminster. He was threatening people, and then got off at Mile End.’

Know how to be an active bystander

Bystanders make up an important part of the community because they look out for others beyond themselves.

It is an open, honest and selfless act of caring and supporting those who are most vulnerable.

But sometimes, it is not safe to be one, so firstly assessing your own safety and the risks and consequences of taking action is crucial.

The BTP suggested some of the following tips in its recently launched #SpeakUpInterrupt campaign.

You can let both parties know you are present by interrupting the situation.

You could ask for the time or how to get to a station, and stand in the line of sight.

Talk to the victim – ask if they are ok, if they need help. You can also talk to the person who is targeting them but remain non-judgmental and calm, so that you don’t anger them.

If you think someone else is better placed to take care of the situation, bring their attention to what is happening.

‘So in one instance when I was being followed, two men were like “excuse me, are you alright” and “what are you doing” to the guy who was kind of freaked out by it [the two men challenging him] after following me for about 10 minutes all the way through to the end of the train.

‘So sometimes men can stop other men.’

BTP sexual offences lead, detective superintendent Sarah White, said the focus must be shifted away from just relying on victims to report sexual harassment to them.

‘Everyone has a part to play in driving out this unacceptable behaviour,’ she said.

‘We’re not asking people to police the railway, that’s our job.

‘But small actions such as offering someone your seat if you notice them looking uncomfortable, alerting an officer, or reporting an incident to us can make an enormous difference.’

For some, it is because they would be ’embarrassed’ to share their story but others believe the police could not help them.

Despite this, it is so important that all incidents are reported, no matter how ‘big’ or ‘small’.

DS White also said: ‘Your reports provide us with crucial information which helps us build a picture of what’s happening on the network so we can identify crime hotspots, deploy patrols to catch offenders, and crucially bring them to justice.’

‘We need to feed Scottish children!’ Sturgeon told to ‘stop talking about indyref2’

On cusp of Brexit trade deal, EU and UK hash out final details