Home » Europe » What will happen to the Queen’s clothing and jewellery?

Queen Elizabeth II has now been laid to rest alongside her husband Prince Philip at Windsor Castle. Before her coffin was lowered into the royal vault, the Imperial State Crown — which contains approximately 3,000 diamonds — orb and sceptre were removed and placed on the alter, signifying the end of her reign as they now belong to King Charles III. But what will happen to the Queen’s personal belongings, such as her clothing and some 300 pieces of jewellery?

As is custom, the Queen’s will is expected to remain private, and so the exact plans for the Queen’s belongings and how many there are will potentially remain unknown, but some garments may have already found a new home.

Brian Hoey, the author of Not In Front of the Corgis, published in 2011, said the Queen would give away an outfit she no longer wanted to her dressers who will then either wear it themselves or sell it off.

However, all labels were removed to ensure that the clothing could not be identified as once being Her Majesty’s.

The royal chronicler, writing a serialised version of his book for the Mail in 2011, claimed: “When the Queen tires of a once favourite outfit, she hands it to one of her dressers, who may wear it herself or sell it — with the proviso that all labels are removed so it cannot be identified. One such dress made its way to a jumble sale near Sandringham, where, despite its obvious quality, it failed to sell.”

She would also wear items of clothing multiple times with her personal dresser, Angela Kelly, claiming that an outfit had a typical lifespan of 25 years.

In her 2019 book, The Other Side of the Coin: The Queen, The Dresser and The Wardrobe, Ms Kelly wrote: “Her Majesty is always thrifty and likes her clothes to be adapted and recycled as much as possible… After two or three outings, a piece will have become familiar to the media, so we will either look for ways to modify it or it will become something that is worn on private holidays at Balmoral or Sandringham.” 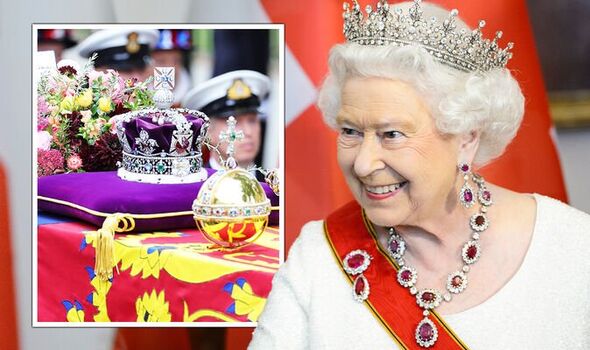 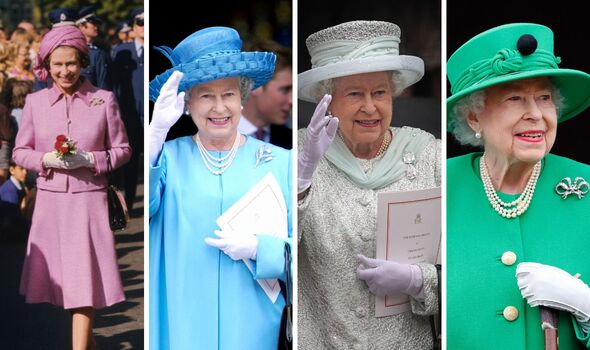 The Queen’s Jubilee outfits were on showcase at the Palace of Holyroodhouse in Edinburgh, Scotland, but the display was closed due to her death and will not reopen, according to The Royal Collection Trust.

The Royal Collection’s display exhibited the Queen’s outfits worn on her Silver, Golden, Diamond, and Platinum Jubilees while giving an insight into how Her Majesty would choose her garments.

At her Diamond and Platinum Jubilee, the Queen wore outfits designed by Ms Kelly, her loyal aide, and dressmaker, who was so treasured by the Queen she was granted permission to continue living near Windsor Castle following the Queen’s death, Mail Online has reported.

For her Silver Jubilee in 1977, the Queen chose an outfit by Sir Hardy Amies — who began designing clothing for Her Majesty in 1955 — with a matching hat by milliner Frederick Fox, the Royal Collection said.

She paired this outfit with diamond and pearl drop earrings which the Princess of Wales now wears with it seeming as though some of the Queen’s jewellery went to her family before her death on September 8. 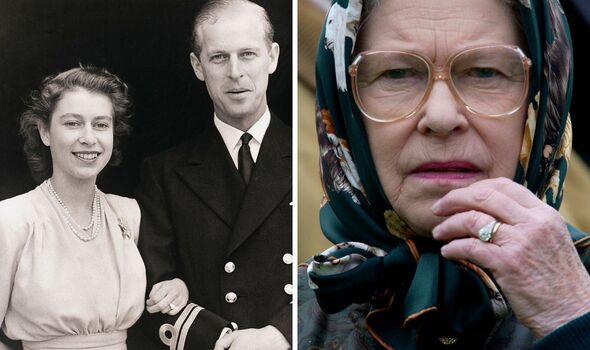 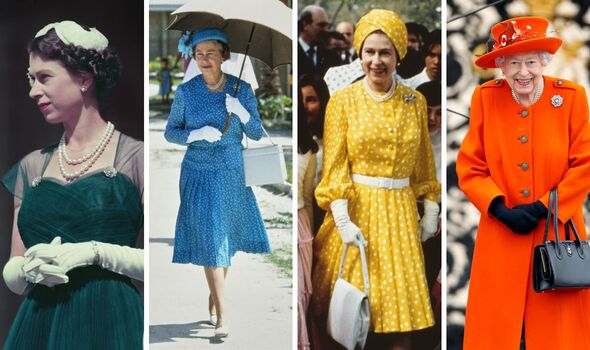 To mark the Platinum Jubilee, an exhibition of the Queen’s personal jewellery is on display at Buckingham Palace until October, showcasing Her Majesty’s Diamond Diadem tiara, which has 1,333 brilliant-cut diamonds and rows of pearls, and was first inherited by Queen Victoria in 1837. It is the tiara which was worn by the Queen on her Coronation.

It is thought the Queen was buried wearing just two pieces of jewellery, her wedding band and a pair of pearl earrings.

Josie Goodbody, a jewellery expert, told the Evening Standard: “Her wedding band, which is made from Welsh gold, is just such a personal item. I believe she would definitely be wearing that in the coffin. And if she was wearing a pair of earrings it would be a pair of pearl earrings, as that’s what she always wore. In mourning, the Royals don’t wear colour, so pearls are pure, white, and unflashy. This comes from Queen Victoria, who, as we know, didn’t want to wear any colour after the death of her husband Prince Albert.”

However, her engagement ring, made up of large diamond surrounded by eight smaller diamonds, will go to Princess Anne, claimed Ms Goodbody. 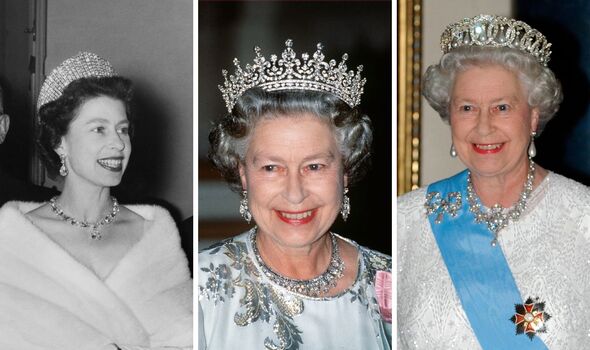 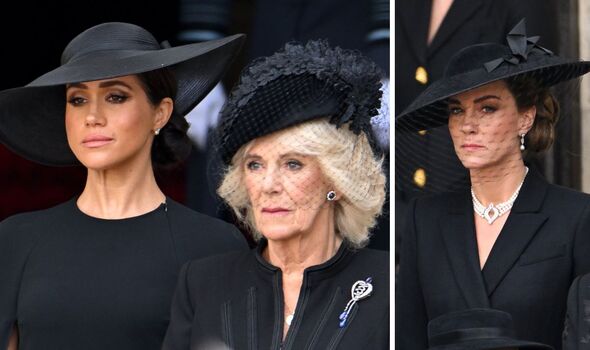 Royal expert, Katie Nicholl, told Entertainment Tonight that the Queen Consort, Camilla, will get the first say over Her Majesty’s jewellery.

She said: “There is a hierarchy in all of this. The Queen Consort, really, gets first choice of the queen’s jewellery. And after that is Princess of Wales, of course, Kate [Middleton]. The Duchess of Sussex, I’m sure, will come in for some jewellery at some point, but she is much further down the pecking order.”

It is thought other pieces from the Queen’s personal jewellery collection will be loaned out to the Royal Family.

The Princess of Wales has worn various items of the Queen’s jewellery, most recently the pearl and diamond choker which was seen around her neck at Her Majesty’s funeral which the Queen wore herself to a state dinner in Bangladesh in 1983.

Kate also wore pearl earrings which were previously worn by the Queen, and Camilla wore Queen Victoria’s Hesse Diamond Jubilee Brooch. The Duchess of Sussex chose pearl and diamond earrings that were given to her by the late Queen.

Pearls were thought to be one of the Queen’s favourite styles, and they are often seen as “mourning jewellery”.

The Crown Jewels, of which there are 142 objects and more than 23,000 gemstones, are kept in the Tower of London and have now been passed on to King Charles III as the next Monarch.