Today is Earth Overshoot Day, the point where scientists say we’ve used all the ecological resources the planet can produce in 12 months.

As consumption grows, that day is getting earlier. However, because of Covid this year it’s been pushed back by three weeks.

But a global campaign to “move the date” has been launched virtually and supported by the Scottish government.

Mathis Wackernagel is founder of the Global Footprint Network which carries out the calculation for Earth Overshoot Day.

He explained: “Everything we use puts a demand on nature in terms of space; the potato that takes space, I want milk from the cow, it takes space, to absorb the extra CO2 from burning fossil fuels takes space.

“All these things that take space we can add up and then we can compare how much is our demand compared to how much is available.”

This year, the calculation estimates that we’ve exceed demand by 56% – even with the pandemic.

But lockdown has reduced our consumption, meaning Earth Overshoot Day has been delayed for the first time. 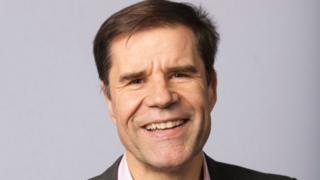 The calculation is made using UN data which began to be collected in 1961.

Just nine years later, around 1970, we passed the point where our consumption couldn’t be replenished.

The question now, is how to change it in a world where success is measured by exponential growth.

John Elkington, founder of Volans, is an authority on corporate sustainability and he believes the tide is turning.

He said: “One of the things that’s been very striking just in the last 18 months to two years is that a growing number of business leaders around the world have been standing up and saying capitalism is no longer working.”

The big question is where responsibility lies for fixing it; with governments, businesses or individuals.

Although businesses can have the biggest impact, Dr Richard Dixon from Friends of the Earth Scotland says their decisions are dictated by us.

“As an individual, your own small personal choices may seem insignificant but as long as you talk about them and tell people about them they multiply up,” he said. “If lots of us do it, then it multiplies up in a really big way.

“We’ve seen lots of big changes in what we’re offered to buy and that’s because people have put those pressures on.”

Those individual choices can be controversial, like a growing emphasis on reduced or meat-free diets.

Scotland’s farmers point to evidence that livestock is the best use of the country’s significant amounts of grass land.

But Jaime Toney, professor of environmental science at Glasgow University, says we do need to adapt.

She said: “I think it’s going to require huge changes and huge commitments in terms of the way that we live.

“We do recycle and things like that but (there are) certain practices such as eating meat, for example, or at least eating meat that’s imported from very long distances.

The launch of the campaign in Scotland was spearheaded by the environmental regulator Sepa.

Its chief executive Terry A’Hearn said: “Regulators are set up basically to stop bad stuff from happening; to stop factories from polluting, to stop farmers having run-off from their farms into rivers.

“We absolutely need to keep doing that, but it just isn’t enough. We also have to be a force for helping make good things happen.”

He points out that society came together successfully to find alternatives to CFCs when it became clear they were damaging the ozone layer – and he says we can do it again.

Scotland’s environment secretary Roseanna Cunningham accepts government has a role to play and the 2045 target for net-zero emissions should be a catalyst for change.

But she adds: “Governments set the parameters, they choose targets, they give the signals. But that can’t mean people think it’s only government that can do this. Government cannot do this on its own.

So, realistically, can the ecological depletion be reversed?

For Mathis Wackernagel, that’s not a question.

He says: “We will live within the means of nature. The only question is whether we do it by disaster or by design.”