Home » Europe » When will I get my Covid jab? Latest round of vaccines opens for 40-year-olds

Matt Hancock says UK 'will not block exports' for vaccines

The coronavirus vaccine booking system has been extended three times this week with all those aged 40 and above now able to get their jab in England. Despite constraints on the vaccine supply chain throughout April, health officials claim to be on track to hit its target of offering the vaccine to all adults by the end of July. Phase two is currently underway with those aged 18 to 49 being invited or due to be invited to get jabbed in the coming weeks.

All those aged 40 and above are now invited to book their first coronavirus vaccine appointment, NHS England has said.

The vaccine booking system was extended three times this week, first allowing those aged 44 and above to book from Monday and then to those aged 40 and above on Tuesday.

The NHS said almost 750,000 appointments were booked at the beginning of the week as the programme was extended to those aged 44 and 42.

Discussing the rollout to those aged 40, NHS England chief executive Sir Simon Stevens said: “With nine-tenths of people aged 45 and over having been jabbed, nearly three-quarters of a million new appointments were made in just two days as our booking service opened to people aged 42 to 44.” 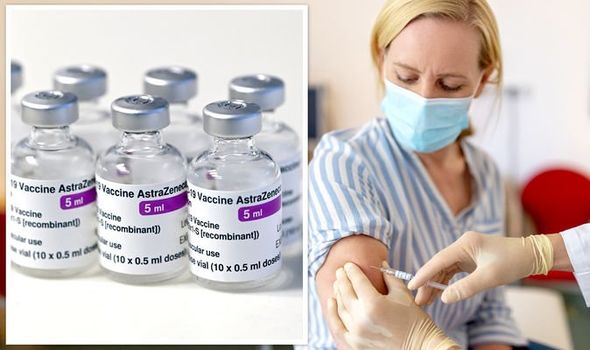 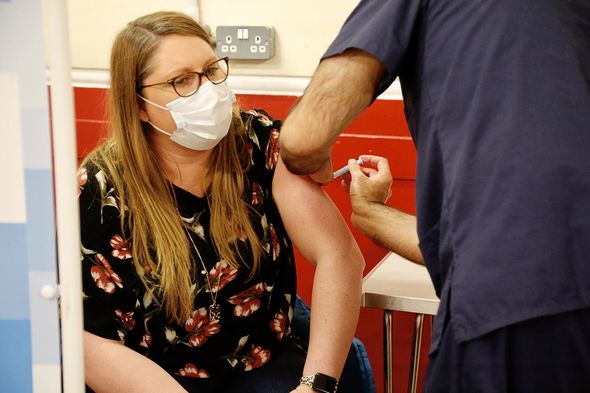 Since the vaccination rollout began in the UK, more than 34 million people have received their first dose of the Covid vaccine, with 14m of those now fully vaccinated.

This equates to two-thirds of the UK population who have received at least one dose so far.

An estimated 91.5 percent of people aged 45 and over in England have received their first dose according to NHS England data valid up to April 25.

The Government aims to vaccinate the entire adult population with at least one dose of the vaccine by the end of July. 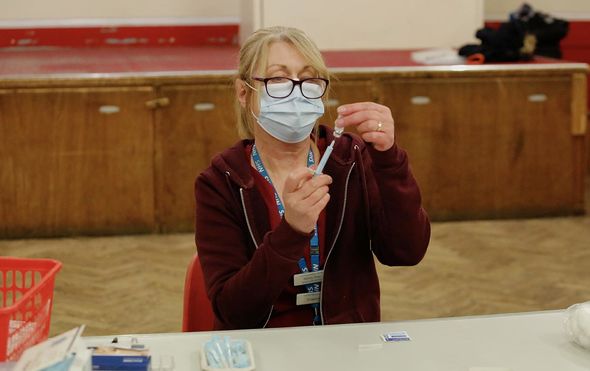 A recent survey found a fifth of unvaccinated adults in the UK would feel resentful if they did not receive a Covid jab before the summer holidays.

About 18 percent of those yet to be vaccinated said they would resent those who had been jabbed if they did not get one before their holidays, according to research conducted by the University of Bristol, King’s College London and the NIHR Health Protection Research Unit in Emergency Preparedness and Response, speaking to 4,896 adults aged 18 to 75.

International holidays are currently due to reopen from May 17, if the Government’s roadmap can continue as planned.

All holiday destinations will be categorised as red, amber or green, depending on the risk level of each country depending on infection rates, vaccinations and prevalence on riskier Covid variants. 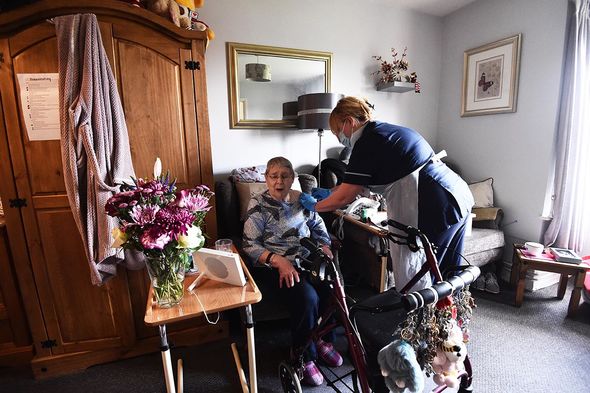 When will you get your Covid jab?

Ministers expect to invite those aged 35 to 39 to get their jab during the week starting May 10.

If the current timeline holds and supplies continue to flow, it suggests that the rollout will be several weeks ahead of its formal target which is to give the vaccine to all adults by the end of July.

Since the start of April, the rate of first doses has declined as more second doses have been given to the most vulnerable age groups.

To keep with the target, the Government will need to ramp up its first dose efforts again.

The average rate of vaccination of first doses since the programme began is 291,812 a day, but currently, this has dropped to 119.485 for the past seven days up to April 28.

This change in rate is shown in an uplift in the rate of second doses, which on average throughout the entire vaccination timeline stands at 125,253 a day, but for the past seven days is 407,337 a day. 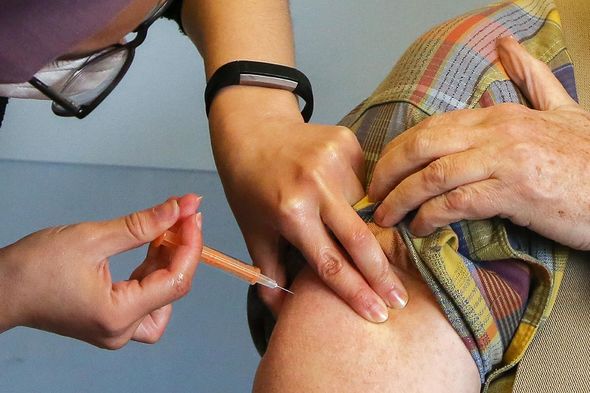 A new online calculator predicts your likely position in the queue after submitting relevant information about yourself.

The Omni calculator asks for your age, whether you live or work in a care home, are pregnant or plan to be in the next three months and if you are a frontline health or social worker, classed as extremely vulnerable or have an underlying health condition.

According to the calculator, for those with no underlying health conditions or impacting health factors, the timeline for each age group is as followed:

Each group is forecast to receive its second dose around the following dates:

However, according to ONS population projections and the Government’s coronavirus dashboard to calculate the seven-day average rate of vaccination, Express.co.uk has calculated predictions for when each age group could potentially be invited to have the vaccine.

If the UK continues to offer the vaccine to two-year age groups at a time, the following timeline is likely according to the current seven-day vaccination rate up to April 28 is as follows: