Home » Europe » Who is the M25 protest leader who stormed off GMB after heated clash? 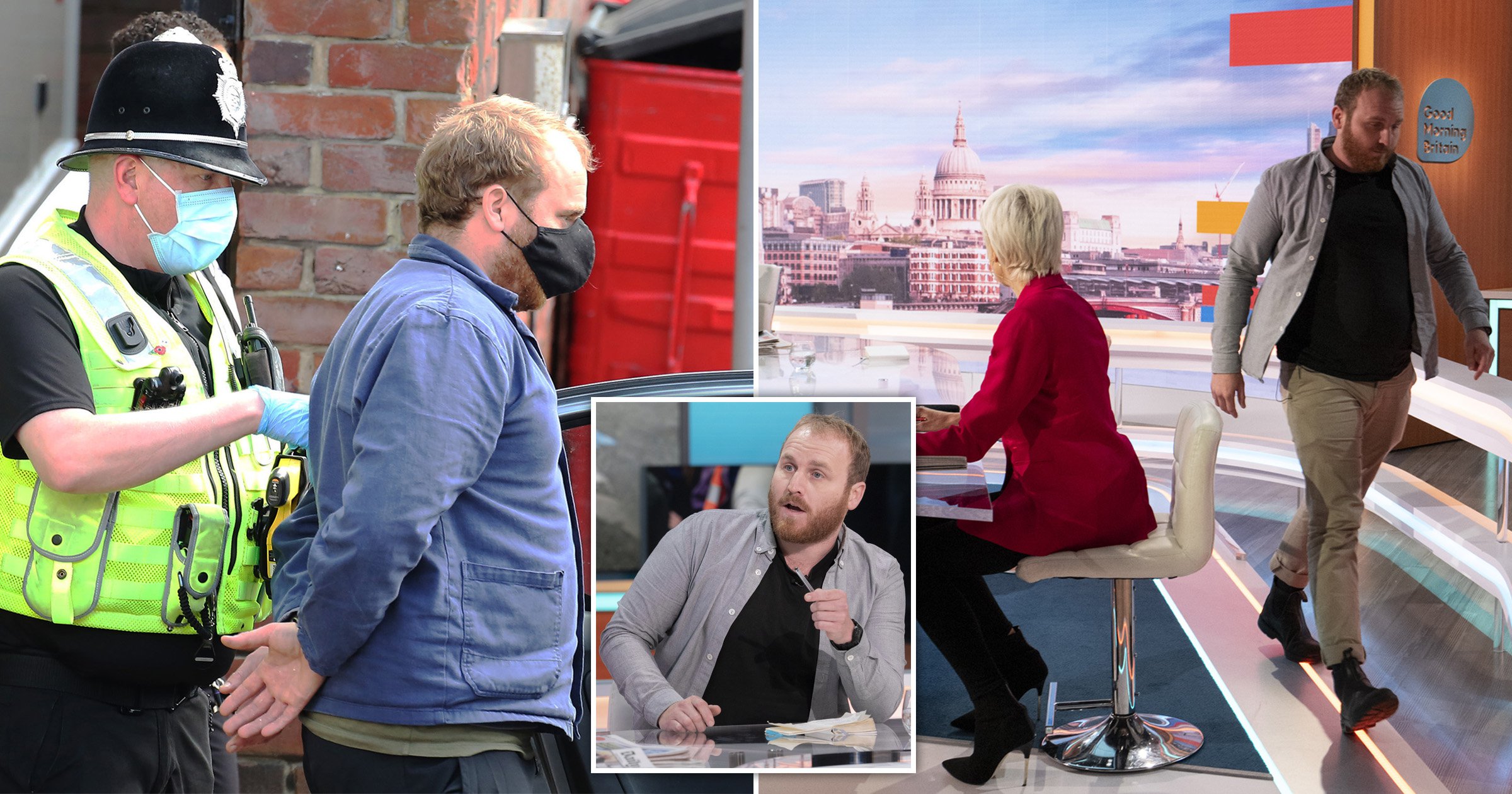 The environmentalist who stormed out of Good Morning Britain’s studio today hit headlines in May after gluing his hand to a courtroom table.

Liam Norton, 38, walked out of the interview with hosts Susanna Reid and Richard Madeley this morning during a heated clash over the M25 protests.

Activists from the group Insulate Britain had blocked the major motorway circling London five times in just over a week, and could now face jail if they do it again.

Video footage from yesterday shows police forcibly removing protesters, who are calling for homes to be insulated to help combat climate change.

The group’s ringleader, Mr Norton, was also part of a plot to disrupt the distribution of three and a half a million national papers in September last year.

Extinction Rebellion activists blockaded print works in Waltham Cross, Hertfordshire, preventing copies of the Sun, the Times, the Daily Mail and the Daily Telegraph from leaving the plant.

Under a banner reading ‘Free the truth’, XR tweeted that it was using the disruption to expose the the media’s ‘failure to report on the climate & ecological emergency, and their consistent manipulation of truth to suit their own agendas’.

But Newsprinters, the publishing factory, condemned the protests as an ‘attack on all of the free press’ which had affected workers going about their jobs.

In May, Norton, from Scarborough, North Yorkshire, and five other people went on trial at St Albans Magistrates court for their part in the disruption.

The case had just been called on in May this year when he staged his glue protest and the court was thrown into disruption.

Rising to his feet he began shouting: ‘I would like to make clear what is going on in this court is obvious and complete criminality.

With the palm of his left hand on a table, he said: ‘Judge, what you are doing is illegal. What we have seen over decades is organised criminality in this country and unfortunately the only thing to do, as I have showed, is contempt, as you have.’

With his free hand he used his smart phone to then film in court, which is against the law.

Norton, whose eyes were hidden behind a mask, revealed to security staff who entered the courtroom that his flat hand on the table, had been glued to the surface.

As he continued his rant against the government, cheering, singing and clapping broke out from his supporters in public gallery.

He told his supporters and others in court ‘I am left with no option but to disobey and show contempt.’

The judge then left courtroom number six and the gallery was cleared as security staff dealt with the situation.

In his impromptu speech in the courtroom, Mr Norton said ‘Society is on the brink of collapse and the Crown Prosecution Service continue to criminalise protests.

‘Corruption is flowing through the highest levels of our system, yet our system continues to criminalise us.’

Norton was subsequently banned from attending the trial and he and other the five other were later found guilty of obstruction of the highway and given a conditional discharge.

Insulate Britain is an offshoot of Extinction Rebellion, describing itself as ‘a new group demanding that the Government gets on with the job of insulating Britain’s homes’.

Confirming their part in the latest round of demonstrations, it said the recent increase in gas and electricity prices has ‘increased the urgency’ for action.

Mr Norton said: ‘The idea that people would suddenly decide insulating our leaky homes is a bad idea as a result of our campaign is frankly laughable. We are simply asking the Government to get on with the job.

‘The people of Britain understand that climate change is a severe threat to everything they hold dear.

‘They are looking to the Government for leadership. We have a practical solution and have received encouragement for our aims from many construction industry professionals.’