Boris Johnson is on the brink of being ousted from Number 10 amid a wave of damning resignations over his conduct and a growing chorus calling for his resignation from both sides of the bench. The mass exodus of ministers was sparked by two bombshell resignations yesterday as former Health Secretary Sajid Javid and former Chancellor Rishi Sunak left their posts. Mr Javid told the Commons on Wednesday that “enough is enough” as he claimed his party had misled him over partygate. Calling on his former colleagues to act, Mr Javid said: “They will have their own reason [for staying]. But they have a choice … Let’s be clear, not doing something is an active decision.

“I do fear that the reset button can only work so many times. There’s only so many times you can turn that machine on and off before you realise that something is fundamentally wrong.”

Meanwhile, former Chancellor Mr Sunak said in his resignation letter: “It has been an enormous privilege to serve in this role, but I regret that I can no longer continue in good conscience.”

Now, a flurry of backbench MPs have called for another vote of confidence in Mr Johnson’s leadership.

So, with the Prime Minister’s future now more perilous than ever, Express.co.uk asked: “Is it time for Boris to resign? And who should replace him as PM?”

The survey, that ran from 7pm on Tuesday to 3pm on Wednesday, garnered 8,886 reader responses, with 52 percent saying Mr Johnson should resign. 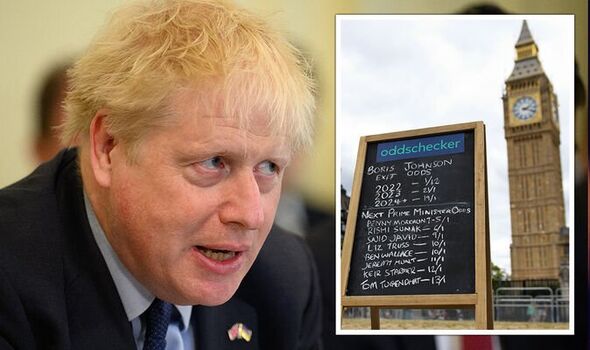 A notable 46 percent said that the Prime Minister should stay on in his role, while just two percent were unsure.

As for who should replace Mr Johnson should he resign, the majority – 29 percent – were unsure who should come in as the next Tory leader, voting “I don’t know”.

Foreign Secretary Liz Truss was only just the most popular contender with 17 percent of the vote.

Defence Secretary Ben Wallace, who has been praised for his work on Ukraine, won 14 percent of the readers’ backing.

Rishi Sunak is next on six percent. Michael Gove, Jeremy Hunt and Tom Tugendhat all got four percent of the vote. 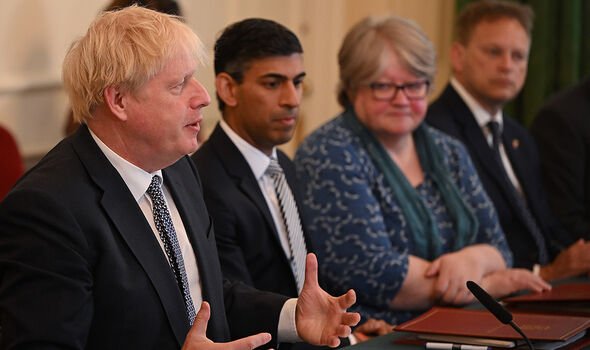 In the comments below the poll, Express.co.uk readers reflected the mixed emotions of the nation at a time of political turmoil. Some were angry, some wanted to move on, and some supported the Prime Minister.

Username Leytonman wrote: “While I mostly agree with you there is no getting away from the fact that Boris has hung himself. Speaking as a Brexiteer Boris only has himself to blame.”

And username JeanneV added: “None of the names for replacements are as bad as Boris, Britain needs a PM who will end Britain’s last links to the EU [and] put Britain first!”

Others, like username rabey, were more keen to point out other aspects of Mr Johnson’s tenure. 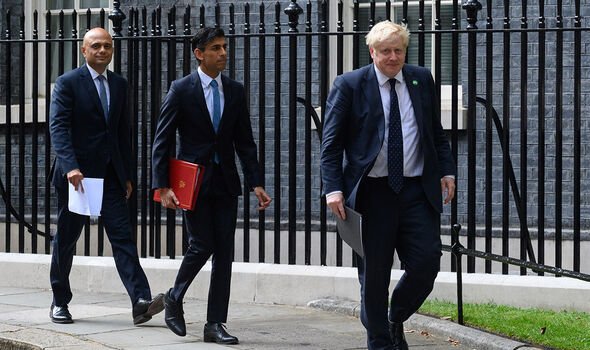 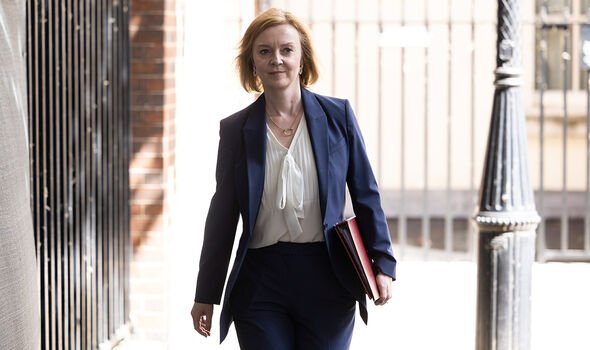 They wrote: “The truth is that Boris has made all the correct calls when it comes to the critical, major issues confronting our UK.

“Brexit, the Pandemic and support for Ukraine. Tea parties, the odd mistake in making judgments on people, who the hell cares.

“All the man on the street wants to know is that our country is on the right path for success.”

While username UKForever felt they spoke for everyone, saying: “17.4 people voted for Boris and the whole British public want him to remain as PM!”