Home » Europe » Who's on strike today and how will it affect you? Daily update for December 24 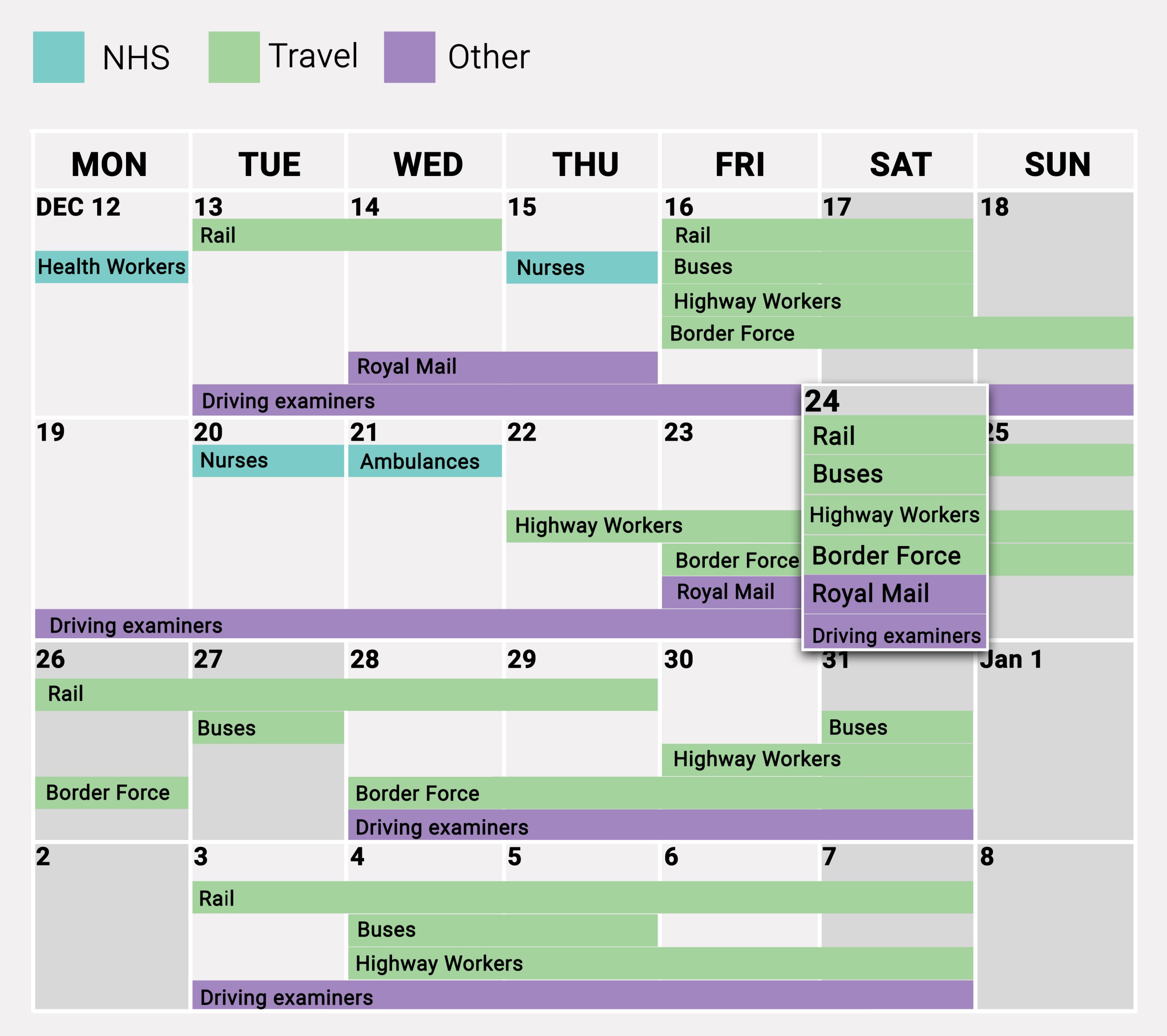 ‘Twas the night before Christmas…

And all there might be a fair bit of noise around the house – as transport links grind to a halt due to strike action today.

Those who have left journeys home to the last minute might struggle amid delays and cancellations.

Rail workers and bus staff are on strike, as part of widespread action this month, in protest over pay and working conditions.

It comes after a wave of industrial action this week up and down the country.

People from across Britain’s major industries – such as highway workers, nurses and bus drivers – have all downed tools this month in protest over pay and working conditions.

For those driving home for Christmas yesterday, there had been warnings over delays as National Highways workers staged further strike action.

Today, staff from unions representing rail workers and bus drivers are on strike.

It was thought that December’s rail strikes could be called off after Rail Delivery Group (RDG) held talks with RMT (National Union of Rail, Maritime and Transport Workers).

However, the union’s boss Mick Lynch announced on December 4 that he had rejected the RDG’s offer of a 4% pay rise for 2022 and 2023 ‘as it does not meet any of our criteria for securing a settlement on long term job security, a decent pay rise and protecting working conditions.’

Bus drivers have also been striking over a pay dispute amidst the huge increases in inflation the country has seen.

Unite general secretary Sharon Graham said: ‘Abellio is content to hoard mountains of cash but has imposed a completely unacceptable pay offer on its drivers.

“It is disgraceful behaviour and our members are rightly furious. Unite always fights to defend and improve members’ jobs, pay and conditions and Abellio’s south and west London workforce have their union’s unflinching support.’

This industrial action will mainly affect services in west and south London.

The drivers have already taken 10 days of action over the past two months.

More than 600 people to get compensation after Hillsborough cover-up

Coronavirus: My girl has a brain tumour – now COVID-19 is stopping us fundraise for US clinical trial