Home » Europe » Who’s on strike today and how will it affect you? Daily update for January 20 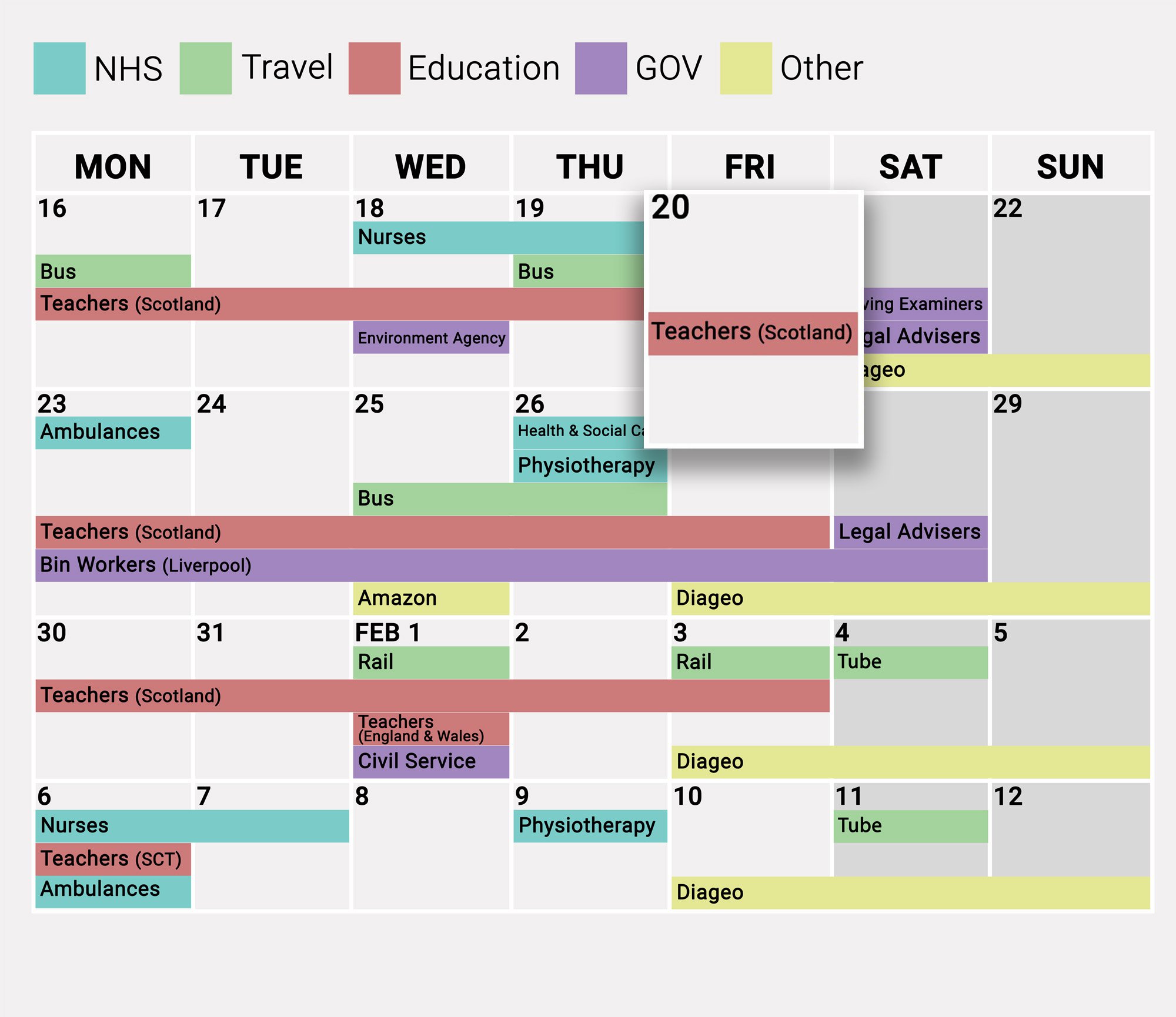 Schoolchildren in Scotland will be missing more lessons today as teachers go on strike.

It marks the end of a week of learning disruption, with teachers set to join the picket line again on Monday in a dispute over pay.

The teacher strikes started on Monday, and will continue until February 6.

The Educational Institute of Scotland (EIS) confirmed the dates, which come in addition to a 16-day programme of rolling industrial action set to begin next week.

Two of Scotland’s local authority areas have walked out each day.

Teaching unions have rejected a 5% pay increase, including rises of up to 6.85% for the lowest-paid staff, instead requesting a 10% pay rise.

Timeline of strikes over next few days

Unison members working for five ambulance services in England will stage another walkout.

London bus workers at Abellio will continue to strike.

Physiotherapists who are members of the Chartered Society of Physiotherapy will strike.

Previous walkouts held in November 2022 and on January 10 and 11 meant every mainland school in the country closed its doors.

EIS general secretary Andrea Bradley said there was ‘growing frustration’ from teachers as previous talks failed to result in an improved pay offer.

She said: ‘Morale is high but, obviously, there’s a growing frustration at the lack of urgency being shown by the Scottish government and Cosla to settle this dispute.

‘[Teachers] are having to take strike action in freezing temperatures. This is not action that they should be having to take, it’s simply to achieve a fair pay settlement.’

Ms Somerville said talks have been ‘constructive’ and she urged teachers to rethink their strike plans.

‘Strikes in our schools are in no one’s interest – including for pupils, parents and carers who have already had to deal with significant disruption over the past three years,’ she said.

‘It is disappointing that the EIS has proceeded to escalate industrial action – we are continuing to urge teaching unions to reconsider their plans while talks are ongoing.

‘Recent discussions have been constructive. There has been a shared understanding that talks have been focused on discussing potential areas for compromise – not on tabling a new offer at this stage.

‘To date we have made four offers, all of which have been rejected, but we remain absolutely committed to reaching an agreement on a pay deal that is fair and sustainable for all concerned.’