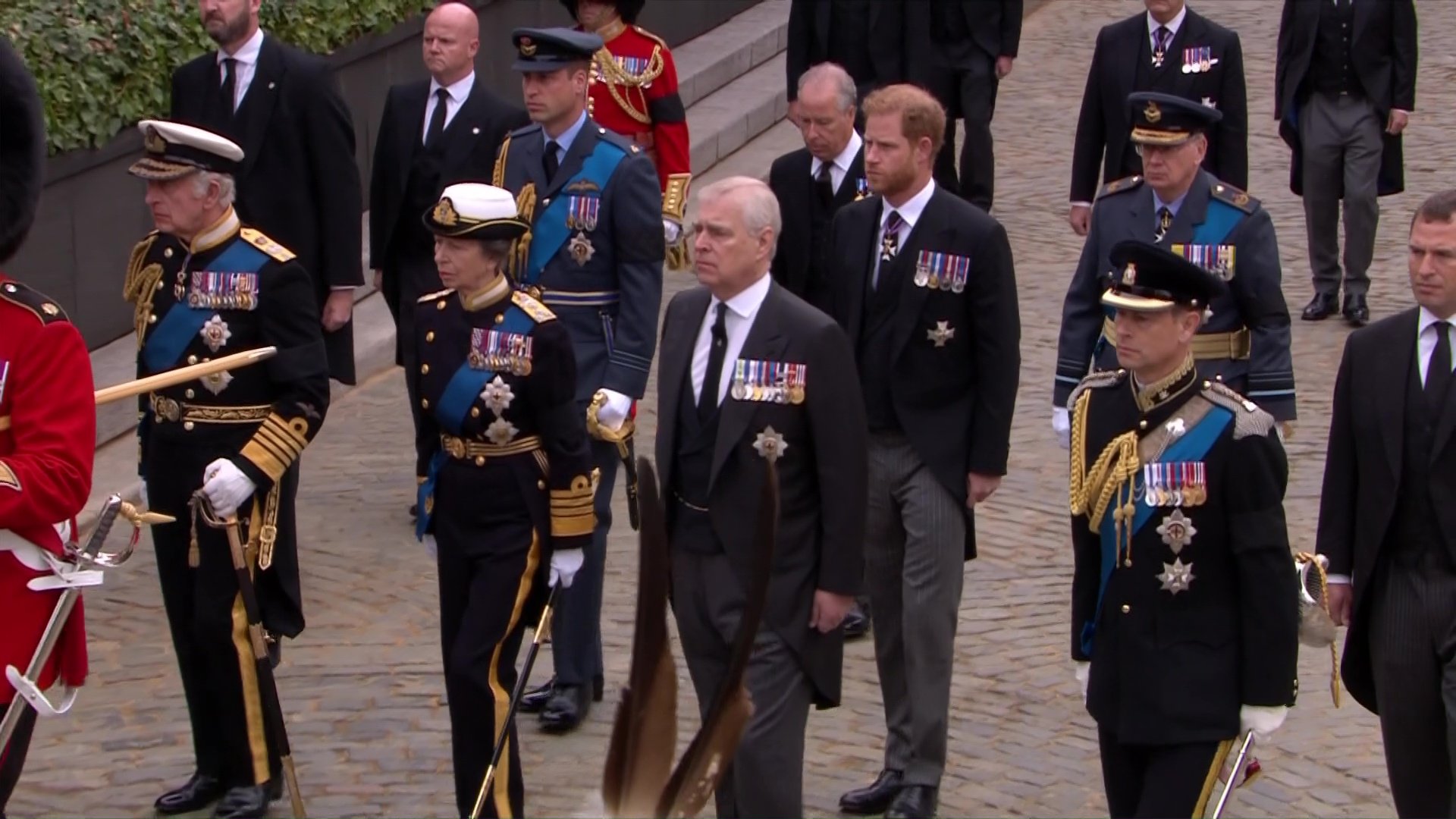 It’s a sad day for the nation, but particularly for the Royal Family, who have lost a dear loved one.

Queen Elizabeth II’s state funeral is now taking place at Westminster Abbey. Soon, Her Majesty will make a final journey to Windsor to be interred alongside late husband Prince Philip.

Many watching The Queen’s funeral on TV now will be wondering why Prince Harry and Prince Andrew aren’t in military uniform, like other royals including The Prince of Wales.

Here’s what you need to know.

Why isn’t Prince Harry wearing a military uniform at The Queen’s funeral?

Prince Harry now wears civilian dress at official events – he is wearing a morning suit to the funeral.

It is tradition for working royals to wear military attire at relevant events, such as Trooping the Colour and funerals – however, The Duke of Sussex is no longer a working member of the Royal Family.

Harry and wife Meghan, The Duchess of Sussex famously departed ‘The Firm’ in 2020 in a split dubbed ‘Megxit’ – which saw them move to California and level a slew of allegations at the royals.

They no longer work on behalf of the monarch or hold royal patronages.

Harry also lost the ability to use his HRH status (though he still has it), plus all of the honorary military titles he held, including being Captain General of the Royal Marines.

That said, Harry did serve in the Armed Forces for 10 years, undertaking two front-line tours of Afghanistan – and later setting up the Invictus Games for injured service people.

What medals does Prince Harry have?

However, King Charles III did grant special permission for Harry to don military attire at a vigil held at The Queen’s coffin by her eight grandchildren during the lying-in-state on Saturday, September 17.

Why isn’t Prince Andrew wearing a military uniform at The Queen’s funeral?

Prince Andrew is also not wearing a military uniform to The Queen’s funeral, instead wearing a morning suit.

The disgraced Duke of York is also no longer a working member of the Royal Family and therefore wears civilian dress when in attendance at official events, such as funerals.

His military and royal titles were officially handed back to The Queen after he paid millions to settle a civil sexual assault case with Virginia Giuffre earlier this year.

Andrew had a 22-year career in the Royal Navy, and served as a helicopter pilot during the Falklands War.

During the Buckingham Palace to Westminster Hall procession, we saw Prince Andrew wearing a black suit, as we have on all occasions he’s been seen in public since the death of The Queen.

However, The King also gave special permission for Prince Andrew to wear a military uniform for the vigil held by all four of Her Majesty’s children during the lying-in-state.

The Vigil of the Princes took place on Friday, September 16, surrounding The Queen’s coffin.

Europe Keeps Asylum Seekers at a Distance, This Time in Rwanda

Meghan Markle slammed for ‘distasteful’ PR stunt with an agenda ‘Bit rich from her!’