Prince Harry, 36, and Meghan Markle, 39, expressed their upset at Archie Harrison, two, not being made a prince from birth in their bombshell interview with Oprah Winfrey back in March. While the couple could have made Archie the Earl of Dumbarton instead, they rejected the subsidiary title over bullying fears, several royal sources have claimed.

As sixth in line to the throne, Prince Harry holds the Earl of Dumbarton peerage as well as his Duke of Sussex title and could have passed it onto his son when Archie was born on May 6, 2019.

But the Sussexes rejected the honorary Scottish title for Archie because the name contains the word “dumb”, insiders have claimed.

The word “dumb” is more used in the USA where Harry and Meghan have been based since last year and it is understood they worried Archie might be bullied for the title.

One insider told the Telegraph: “They didn’t like the idea of Archie being called the Earl of Dumbarton because it began with the word ‘dumb’ [and] they were worried about how that might look.” 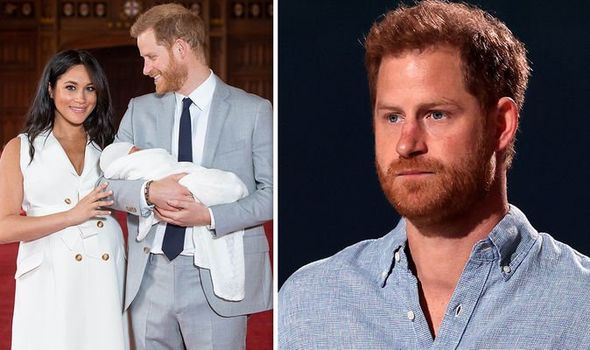 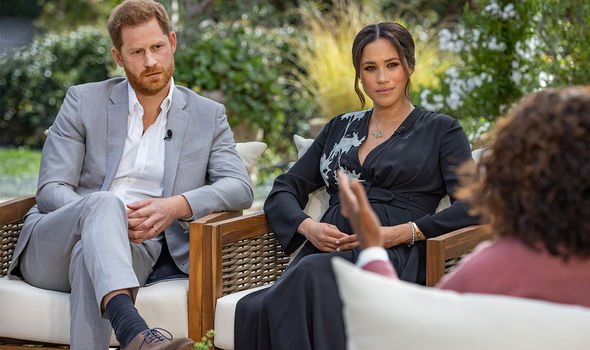 Another added: “It wasn’t just Meghan who pointed out the potential pitfalls, it also bothered Harry.”

Earl of Dumbarton is a title of Scottish nobility, referring to Dumbarton in the area West Dunbartonshire, Scotland. 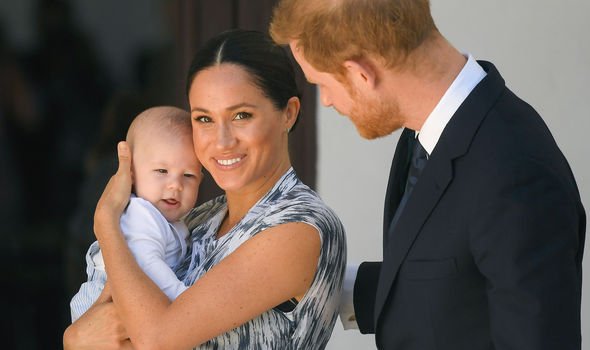 Harry was gifted the subsidiary title by the Queen following his wedding to Meghan on May 19, 2018.

Upon their marriage, the couple became the Duke and Duchess of Sussex and the Earl of Dumbarton is a subsidiary title of their Sussex peerage.

Subsidiary titles reflect the Royal Family’s attachment to the whole of the UK and Harry also holds the Northern Irish title of Baron Kilkeel.

Archie is the heir to all of his father’s royal titles and will automatically inherit them upon Harry’s death.

Why is Archie not a prince?

While Archie is seventh in line to the throne, he is not a prince because a 1917 George V Letters Patent states only the grandchildren of the presiding monarch and not the great-grandchildren get HRH styles and Prince and Princess titles from birth.

The same applies to their daughter Lilibet who was born on June 4.

There is a chance they could both automatically become prince and princess when their grandfather Prince Charles, 72, ascends the throne, however his reported plans for a slimmed-down monarchy could mean otherwise. 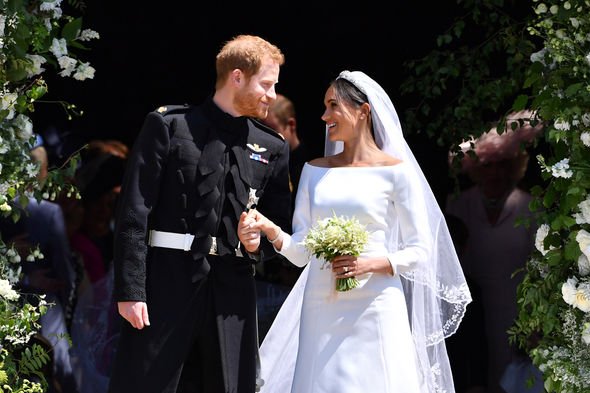 There is speculation Charles could adapt the Letters Patent and prevent Archie and Lili from taking royal titles in order to have fewer working members of the monarchy – a plan he is rumoured to have had for decades.

Addressing the matter of the Sussex children’s titles, constitutional expert Iain MacMarthanne said: “The existence of the 1917 Letters Patent, together with these past events and future intentions, have been in play long before the duke of Sussex married or the births of his children, the Earl of Dumbarton and the Lady Lilibet Mountbatten-Windsor, otherwise Archie and Lili.

“These are facts which the duke could reasonably be presumed to have cognisance of through living and growing up in the Royal Family; and in respect of the 1917 Letters Patent specifically, it would appear, courtesy of their Oprah interview, that both the duke and duchess were amply aware of their existence, despite being obviously unsure and confused as to who issued them and their implications.”