Trooping the Colour: The Queen smiles during Red Arrows flypast

Trooping the Colour has long been the nation’s way of celebrating the birthday of the monarch and the event started in the 1700s.

The tradition has been in place for the duration of the Queen’s long reign too, and over the years the occasion has been marked with a military display and a flyover by the Red Arrows.

Usually, the celebrations are held at Buckingham Palace, with all of the Royal Family in attendance and crowds lining the streets of London.

However, this year the celebrations will be a scaled-back event at Windsor Castle due to lockdown, as was also the case in 2020. 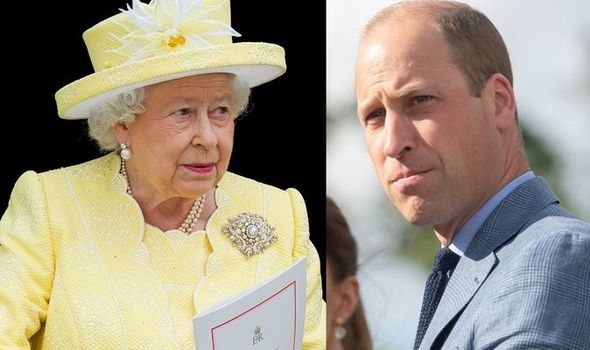 Why does the Queen have two birthdays?

The Queen having two birthdays is not a new phenomenon, as it is a tradition which goes back many years.

Edward VII, Queen Victoria’s eldest son, started a new tradition during his reign in the early 1900s which saw his birthday celebrated on two occasions.

As his birthday fell in November, it was not seen as an appropriate time to have a public celebration due to the bad weather.

Why will Prince William probably have one birthday?

Prince William is expected to be King one day following his father, Prince Charles.

However, the tradition of the monarch having two birthdays will likely pause during the reign of Prince William as his birthday actually falls in June.

George V also had a birthday in June, meaning there was no need for two celebrations to be held within the same month, and Prince William may also follow suit.

Dominic Cummings crisis: Opposition leaders team up – ‘Stop-Brexiters are back together!’