The Queen is the longest reigning British monarch, having sat on the throne for 68 years. Although the public’s support for her has waived during this time, it has never dipped low enough to encourage mass republican calls. On the other hand, Juan Carlos felt forced to pass the throne to his son and heir, now King Felipe VI, in 2014 after a series of scandals saw the monarchy’s popularity decline dramatically.

Months before he officially abdicated, BBC reporter Tom Burridge attended a “secret” press conference with the then-King and gained an insight into the Spanish royal family.

Speaking in February that year, he told BBC World Service: “The royal family knows it needs to rebuild the image of King Juan Carlos who not so long ago was praised in the Spanish media, and adored by the public, partly for his role in uniting Spain, as the country moved from being a fascist dictatorship to a modern European democracy.”

At the time, Spanish journalists were wondering if Juan Carlos’ mobility could push the monarch to abdicate — he had four operations in the space of ten months — as well as the mounting crises.

He continued: “Spain’s royal household obviously hopes the scandal, casting a shadow over the royal family will soon recede and they believe the King’s popularity can be restored.

“Some subtly-guarded comparisons with another European monarch entered the conversation.” 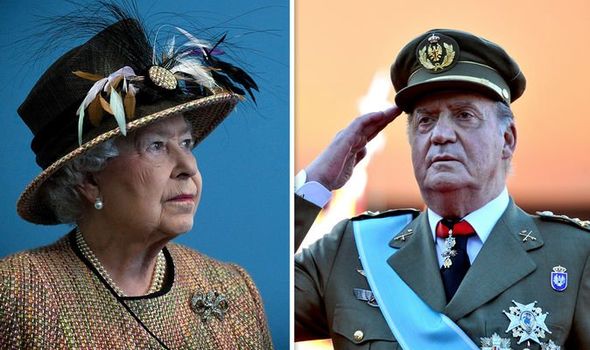 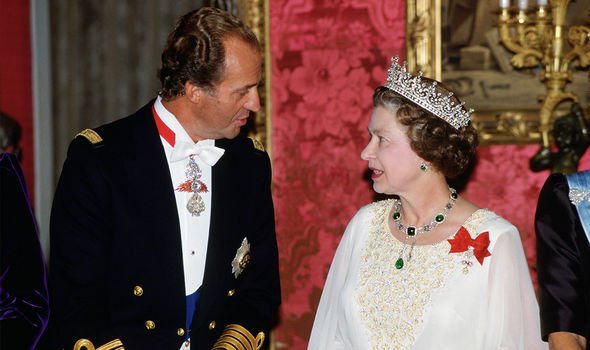 He was referring to the self-proclaimed “annus horribilis” that Queen Elizabeth II experienced in 1992.

She bounced back remarkably quickly within the popularity polls, and enjoyed a resurgence in monarchist sentiment for her Golden Jubilee just ten years later.

This was despite the tragic death of Princess Diana — otherwise known as the People’s Princess — in 1997.

The Royal Family, particularly the Queen, was considered unfeeling at the time of her death, because they did not return to London in the immediate aftermath of the tragedy, but the public soon forgave her. 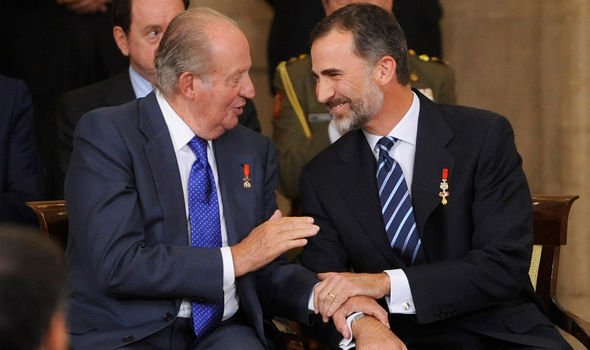 Mr Burridge remarked: “And that’s the place King Juan Carlos would like to be, in a few months’ or years’ time.”

Yet, The Guardian explained back in 2013 that “Madrid seethes with discontented talk about the monarchy”.

Juan Carlos had enjoyed waves of popularity during his reign, particularly after he stopped a coup in 1981 when civil guardsmen stormed Spain’s parliament.

Giles Tremlett wrote in The Guardian: “The hard-working king with the common touch was once Europe’s most popular monarch — a virtuous contrast to Britain’s distant and dysfunctional royals.”

However, during the recession and government-imposed austerity, the monarchy’s wealth began to irk the population. 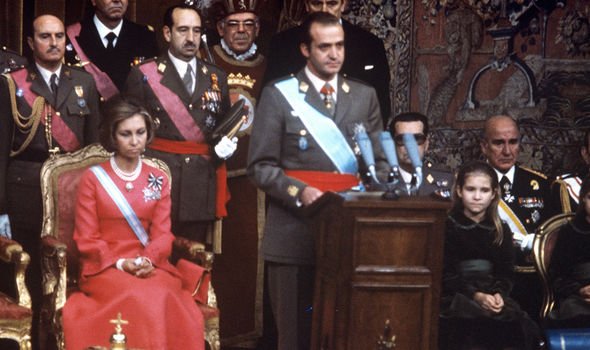 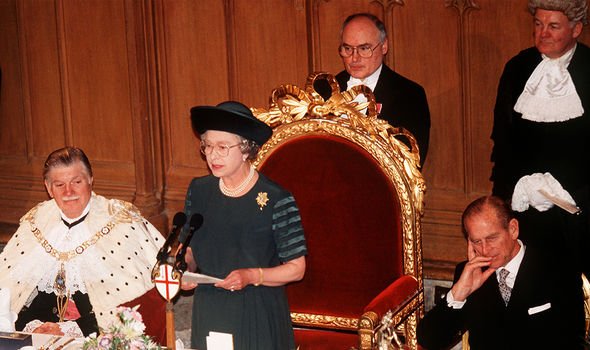 He was still facing criticism from his 2012 elephant hunt in Botswana at the time, despite then being the honorary president of the Spanish branch of the World Wildlife Fund.

The year before, Juan Carlos’ son-in-law Inaki Urdangarin also became a source of embarrassment for the monarch, after he was formally suspected of fraud, tax cheating and embezzlement.

The Guardian added that polls proved as many as half of Spaniards believe “Juan Carlos had helped his son-in-law land business deals”.

To top it off, Juan Carlos had a reputation as playboy — two people came forward claiming to be his illegitimate children, but the court rejected their claims because the monarch was considered “inviolable”. 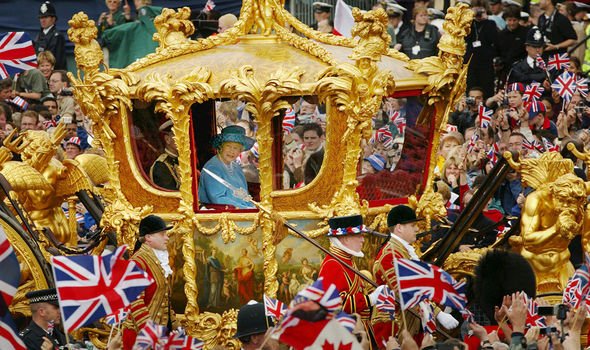 Although the palace denied abdication rumours, Juan Carlos did officially hand the crown to his son and heir Prince Felipe in June 2014.

According to an opinion poll published in the newspaper El Pais, 62 percent of Spaniards wanted a referendum on the monarchy then.

However, Felipe promised to “preserve the prestige” of the Spanish monarchy, and stay transparent.

Juan Carlos also withdrew from public life in 2019 and in March this year he was implicated in a Swiss offshore account investigation, leading Felipe to cut any financial ties they had.