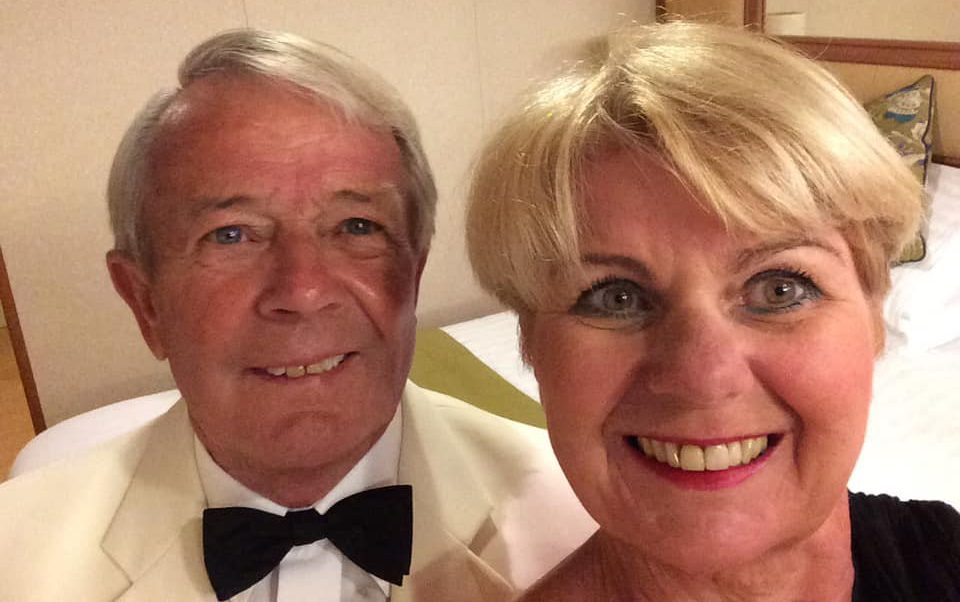 A woman who stabbed her husband of 24 years during a row at their home wrote a confession signed off with the words ‘may he rot in hell’ as she waited for the police to arrive, a court heard.

Penelope Jackson, 66, knifed husband David, 78, three times in the kitchen of their bungalow in Berrow, Somerset, after arguing over a Zoom call on February 13 this year.

Jurors at Bristol Crown Court have heard she repeatedly refused to help Mr Jackson when directed to by a 999 operator after he called for an ambulance, instead telling them: ‘The paramedics can help him but I’m not.’

On the second day of her murder trial on Tuesday, the court was told police sent to the property found a confession written on a pad left by the telephone.

The note read: ‘To whom it may concern, I have taken so much abuse over the years – look at my records.’

It continued: ‘But he was a good Daddy. However the mask slipped tonight. That was unforgiveable.

‘I accept my punishment, may he rot in hell.’

Jackson also apologised for her spelling in the note, and added a comment in one corner that appeared to read ‘self-defence’.

During the 18-minute call to emergency services, which was played in full to the jury, and later to police, Jackson repeatedly acknowledged what she had done.

When she was arrested on suspicion of murder, she remarked: ‘It’s murder now, not attempted murder? Oh good.’

She then apologised for ‘being a nuisance’.

Jurors heard she was so forthcoming that officers had to tell her to stop talking and wait for a lawyer.

She responded: ‘There’s nothing. I did it. Why I did it is a different issue, but I did it.’

The defendant continued: ‘Remorse is easy, it’s been a long time coming – I did it, I’m guilty.

‘If I was given the chance, I’d do it again, even if they locked me up for 125 million years it would still be worth it.’

Jackson added: ‘I should have walked away years ago but you don’t, I deserve everything that is coming my way because you shouldn’t do what I did.

But the following day, the court heard Jackson refused to answer questions in a police interview and instead put forward a prepared statement claiming her husband had been abusive and controlling towards her.

Jackson said the ‘extreme violence’ had started after the suicide of his son from his first marriage in 1998.

She said the attack had been sparked by a row over a Zoom call.

The defendant said their daughter had bought her and Mr Jackson a gourmet meal for her birthday, and that they and their daughter and son-in-law had eaten it over Zoom together.

But the evening had turned sour, Jackson said, following a row over the food, and the call had ended.

She said she had gone to bed with a knife under her pillow for protection.

The statement said: ‘When I woke up I felt I couldn’t do this anymore and I intended to take my own life and I planned to slit my wrists.

‘I told David I had had enough and was going to kill myself and he said “get on with it then” – I then thought “why should it be me? It’s you”.’

Jackson claimed the victim had laid down on the spare bed and goaded her into stabbing him.

During the 999 call, Mr Jackson can apparently be heard screaming in pain as the defendant drives a knife into him a final time.

Jackson tells the call handler she stabbed him because ‘he thought I couldn’t go through with it’.

The court heard that, when she was arrested, Jackson had bruises on her arms that doctors concluded could have been inflicted on the night of the killing.

Jackson admits manslaughter but denies murder. The trial, which is due to last three weeks, continues.

Nightmare neighbour forced to pay £273,000 after pouring water through ceiling