Bison to be introduced into UK woodland

The Kent countryside welcomed some new animals this morning as a herd of wild bison touched down near Canterbury. The Wilder Blean project has transplanted three to the area that would have served as their natural territory thousands of years ago. Their presence is more than a welcome return, as they will also act as “ecosystem engineers”.

What do wild bison mean for the Kent countryside?

They disappeared from the British Isles much earlier, more than 1,000 years ago, and have since existed solely in zoo populations. 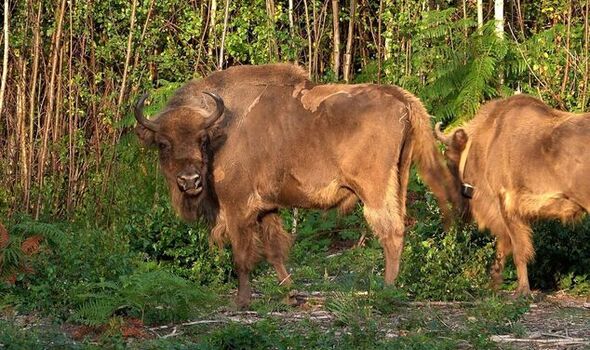 Three bison have taken up residence in Kent, an older female from Scotland’s Highland wildlife park who will serve as the leader, and two younger females from Cork’s Fota wildlife park.

A young bull will join them in late August, and together they will help build a self-sustaining British bison population.

They have a five-hectare fenced area to explore in Blean Woods, which will eventually grow to 50 and then 200 hectares after the bull has arrived.

A host of other animals such as Iron Age pigs, Exmoor ponies and Longhorn cattle will follow later. 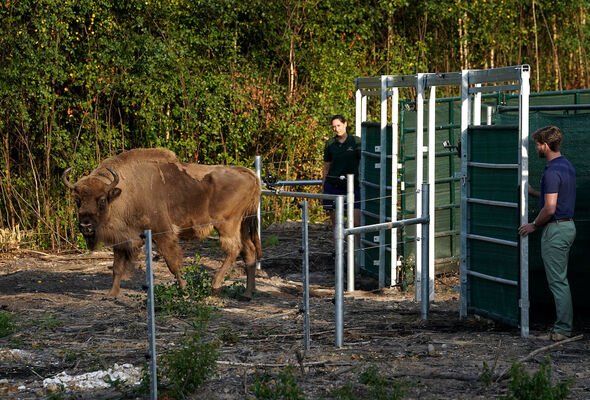 Bison have a distinct natural behaviour pattern that should help terraform their new surroundings.

They usually rely on a diet of bark, which experts believe will kill trees which, coupled with their bulk, should open up new paths through the country.

The mammals love dust baths, which could shape the ground into a habitat for a host of natural delights.

Bisons rolling around in the muck should encourage new plants to grow while they act as natural seed banks, with insects, birds, lizards and even bats following. 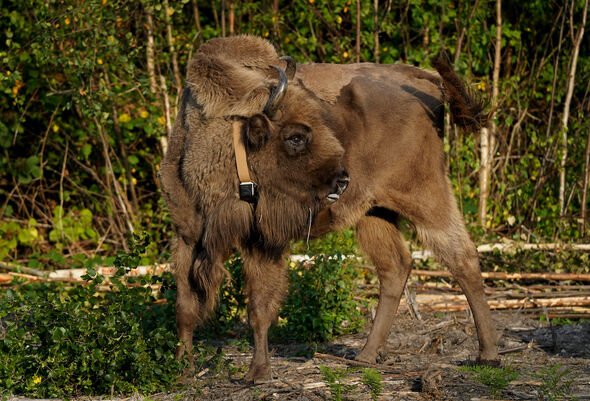 While they won’t mingle with the public, walkers can watch them from behind their fenced-off area, and they will travel via special bison tunnels.

Tom Gibbs, one of two Bison rangers employed by the project, told The National News the timing of the mammals’ release was “poetic”.

He said: “There’s something poetic about the fact that the bison will be released on the hottest day of the year.

“Because that’s one of the things we’re facing and one of the reasons why the bison have been introduced.”

Wild bison won’t mingle with the general public, as an electrified fence will separate the two populations.

Mr Gibbs said the mammals are usually gentle and “respect people”, adding: “It’s one of those things that if you’re calm around them, they’re calm.

“I really think that it’s going to be brilliant, and people are going to love them.”

Kate sends royal fans wild with £10 ASOS jewellery ‘She really is just like us!’