Countries across the globe shut their doors to Britain on Sunday evening after the emergence of a new mutant strain of coronavirus. The super-infectious strain sparked concerns in Europe, and France not only shut borders to people, but also to freight traffic, causing delays and huge tailbacks in Kent. Some have linked the huge traffic in Kent to what Britain may experience if the UK cuts ties with the European Union at the end of the transition period without a deal.

And, EU chief Guy Verhofstadt could not resist a swipe at Britain, with lorries forced to park at Manston Airport amid the delays at the border.

Responding to a video showing hundreds of lorries on the runway of the closed airport, Mr Verhofstadt hit out.

“Some thought they would remain open with or without the EU. 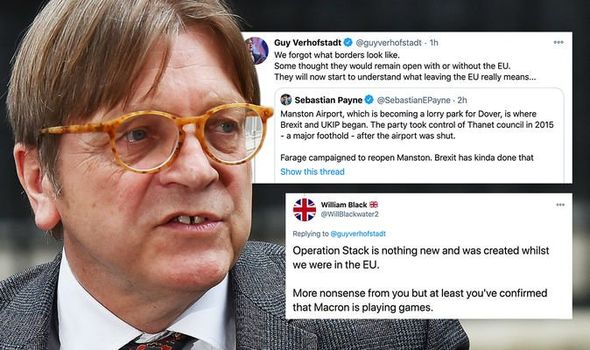 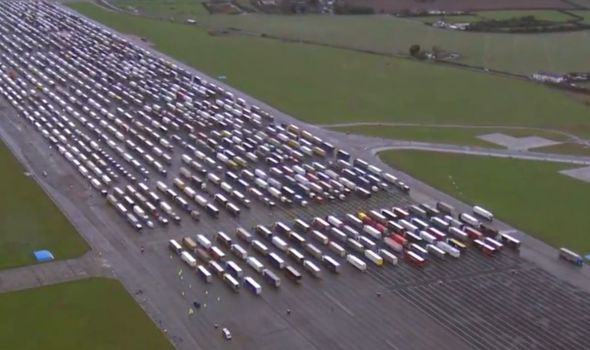 But the swipe was not received well on social media.

One wrote: “We’re still operating under EU law until the 1st January, Guy.

“So if this type of thing can happen whilst under EU law, then it’s pointless.” 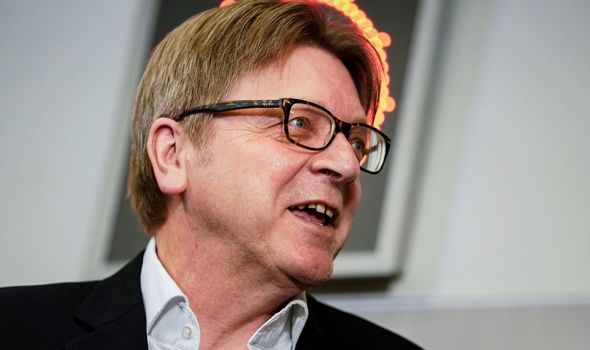 Another added: “Operation Stack is nothing new and was created whilst we were in the EU.

“More nonsense from you but at least you’ve confirmed that Macron is playing games.”

A third said: “That can work both ways, the EU sends far more in our direction.”

Some sided with the EU chief.

One wrote: “Sadly the Brexiters just don’t care. They’re willing to destroy the country on the belief they’re getting one over our friends in the EU.”

It comes as the European Commission recommended a joint approach from EU members after individual countries imposed emergency restrictions.

Flight and train bans “should be discontinued given the need to ensure essential travel and avoid supply chain disruptions”, the commission said. 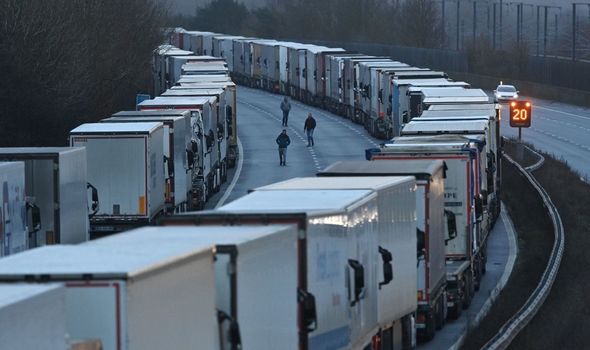 But “at the same time, blanket travel bans should not prevent thousands of EU and UK citizens from returning to their homes”.

Earlier some had warned French President Emmanuel Macron had made the move on the borders, with one eye on ongoing Brexit talks.

Chief Executive of Logistics UK, David Wells, said: “I think there is an element of this which is political.

“The French are able to demonstrate they are going to flex their muscles. This is an opportunity for the French to show this could be difficult”.

He added: “You would be naive to think the discussions about fishing quotas were not in the back of Macron’s mind when he made the decision on Sunday night to shut the border.

“I think that decision was irresponsible. Not only has it created a significant welfare problem for drivers – it cuts off southern Ireland. A decision he made for his own political advantage.”

Over 250,000 people sign petition for Dominic Cummings to be sacked

Policewoman needs hospital treatment after being bitten on the arm