Alongside the King are his two sons, Prince William and Prince Harry. Princess Anne, Prince Andrew and Prince Edward are also walking in the procession. Meghan Markle, Kate, Princess of Wales, Camilla, Queen Consort, and Sophie, Countess of Wessex are following behind by car.

Other Royal Family members are waiting for the procession to arrive at Westminster.

The Queen’s coffin, draped in the Royal Standard, is expected to reach Westminster Hall by 3pm.

The procession, set to take 38 minutes, is travelling along The Mall, Horse Guards Road, across Horse Guards Arch and onto Whitehall to Parliament Square. 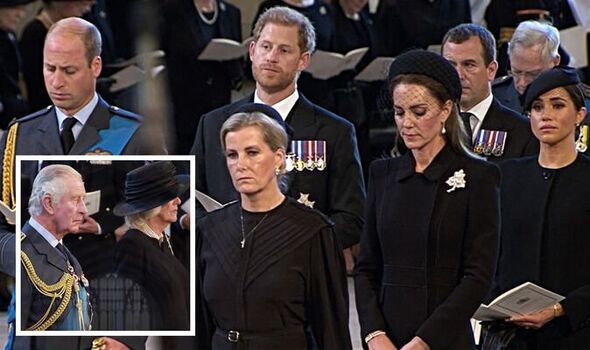 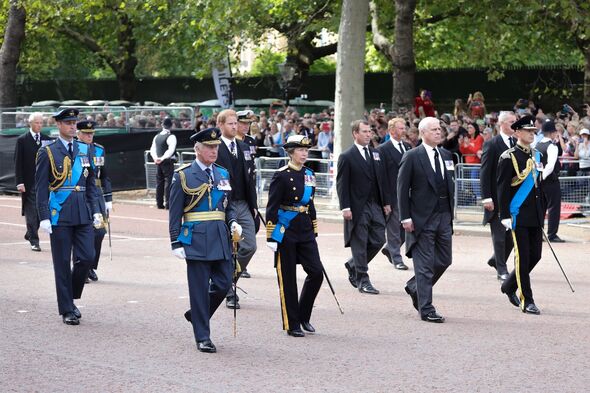 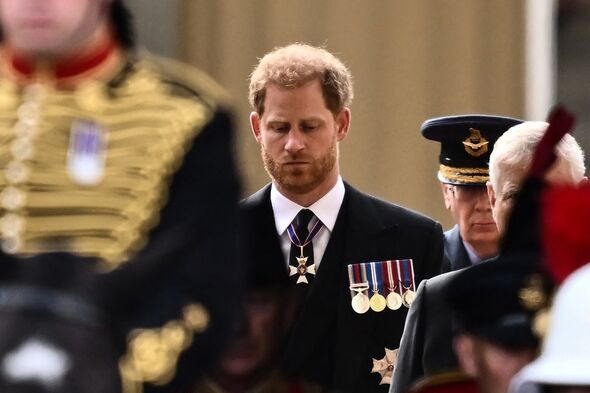 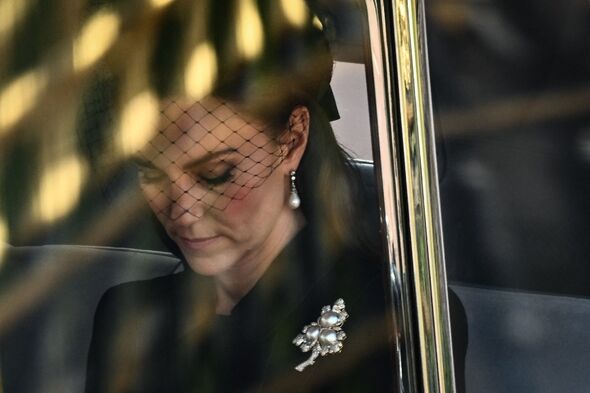 It will be attended by The King and Members of the Royal family, after which the lying in state will begin.

Thousands of people have gathered in London to watch the procession.

But many are facing heartbreak as the Government earlier announced that all viewing areas are full, with no new entires being permitted.

It said that a suspected 350,000 people are set to miss out on seeing the monarch lying in state as queues are expected to be up to ten miles long. 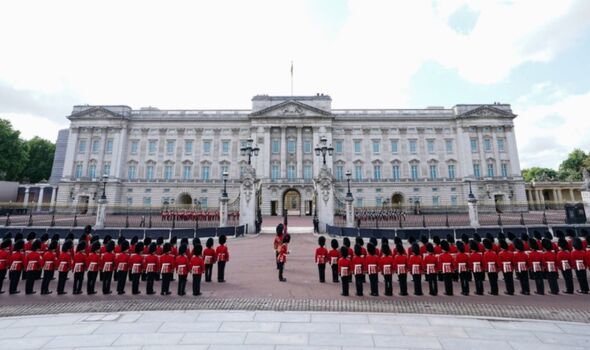 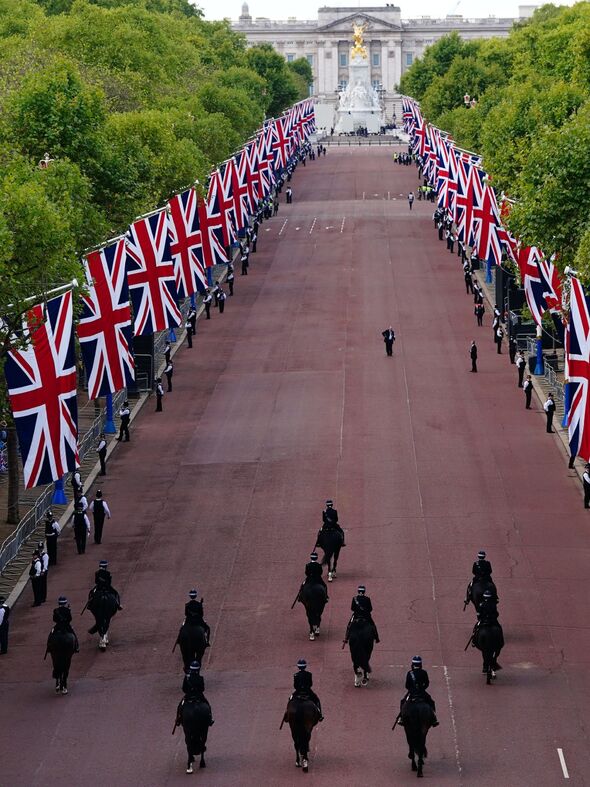 TfL commissioner Andy Byford said they are planning for around 750,000 people to join the queue to pay their respect.

Queen Elizabeth II died on Thursday at Balmoral at the age of 96.

Her coffin will lie in state in Westminster Hall from Wednesday until the day of her funeral next Monday.

People who wish to pay their respects to Britain’s longest-reigning monarch can visit the Palace of Westminster in London and join 24-hour lines from Wednesday at 5pm. 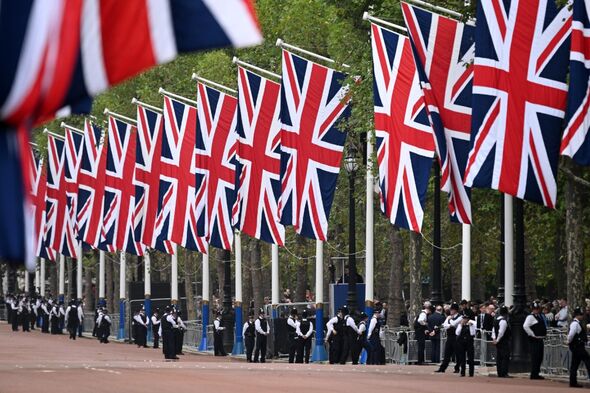 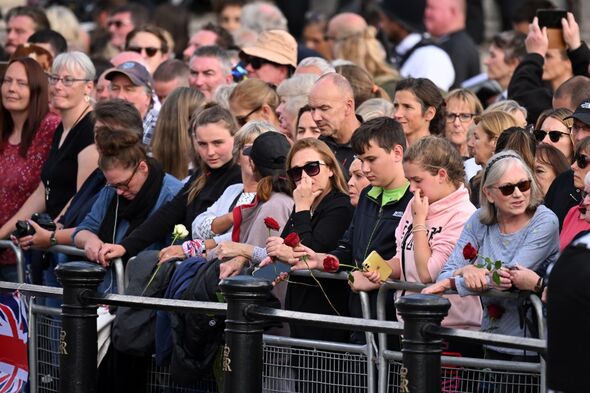 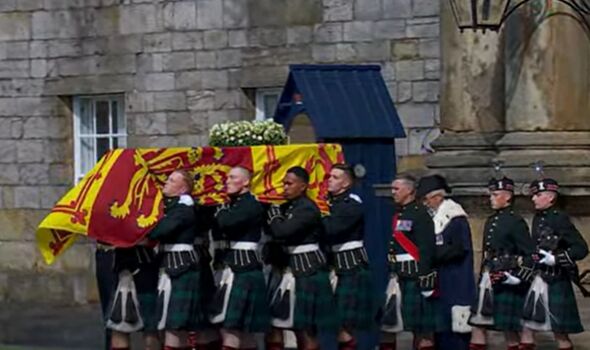 The Queen will rest in her closed coffin on a raised platform.

The former monarch’s state funeral will take place at Westminster Abbey on September 19 at 11am.

Since her death was announced, thousands of people have travelled to Buckingham Palace, Windsor Castle and Balmoral to pay their respects

It was initially estimated that 40,000 people would turn up each day to pay their respects. 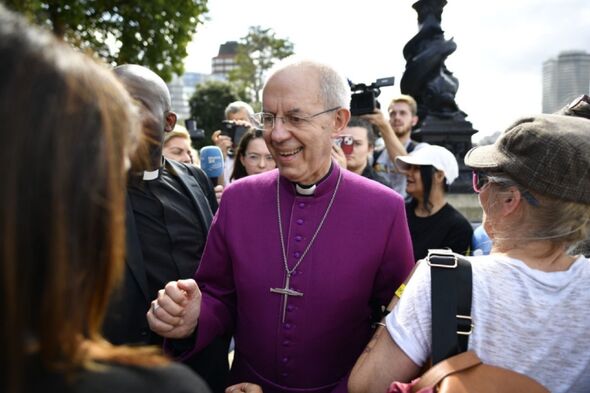 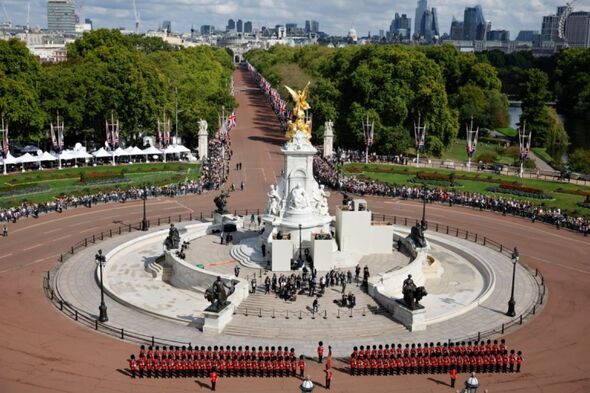 But Whitehall chiefs in charge of logistics for the five-night vigil have since estimated that more than 750,000 may wish to attend.

Infrastructure has been set up in preparation for miles of queues.

Private security staff and stewards in hi-vis vests and Metropolitan Police officers have been stationed along the route since 9am yesterday.