The brothers were reunited for the unveiling of the statue of their late mother in the Sunken Gardens of Kensington Palace this week. Their relationship has been strained over the past few months and years, especially since Harry stepped down as a senior royal with his wife Meghan Markle and even more so since their bombshell interview with Oprah Winfrey. All eyes were on the princes on Thursday when they came together in a show of unity to mark the day Diana would have turned 60 years old.

There had been much speculation over whether the pair would give joint or separate speeches and who would say what.

However, the princes managed to provide the “perfect antidote” to all this by not giving any speeches at all, but instead releasing a joint statement.

Mr Myers said the event seemed to go off without any major hiccoughs, but there were “a few surprises”. 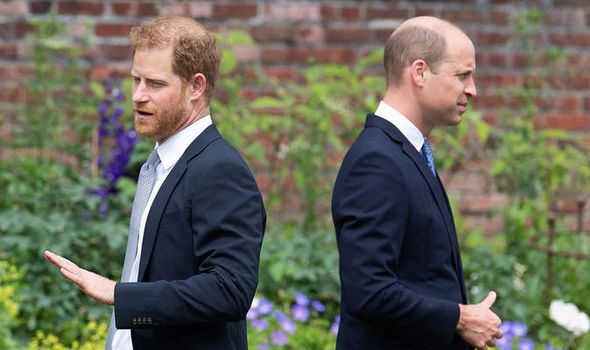 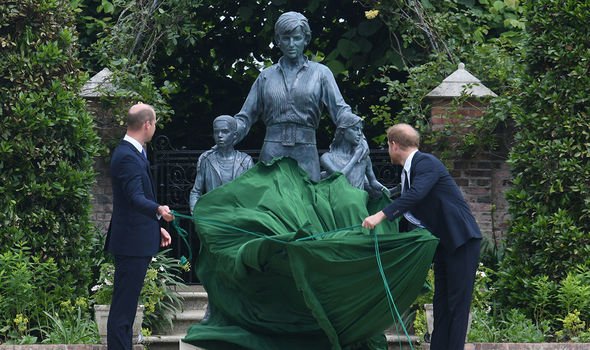 He said: “We were expecting to hear from the boys, but we didn’t, there were no speeches.

“And I suppose, when all is said and done, this was the perfect antidote to it really.

“We’ve heard so much about the issues to do with their relationship, so much has been said and written and poured over by body language experts or commentators or whoever. 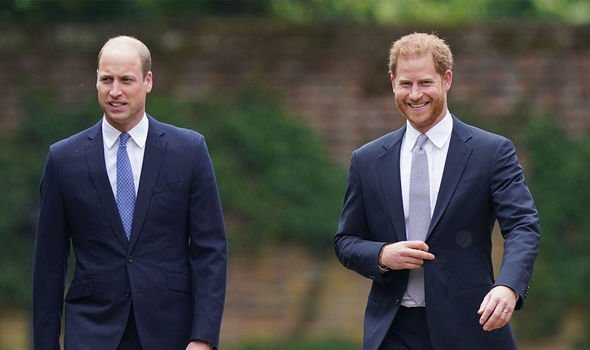 “It was probably the right way to do it in their view, because by not making a speech, by releasing a joint statement, it was all on the same par, wasn’t it?”

In this way, Mr Myers argued that the boys avoided all the discussion and gossip around their relationship based on whether they spoke together or how they dished out what to say in their speeches.

The joint statement was shared on the Duke and Duchess of Cambridge’s Instagram page and on the Royal Family’s website.

It reads: “Today, on what would have been our mother’s 60th birthday, we remember her love, strength and character ‒ qualities that made her a force for good around the world, changing countless lives for the better. 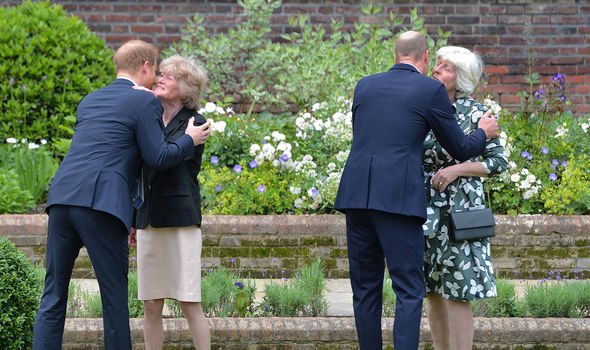 “Every day, we wish she was still with us, and our hope is that this statue will be seen forever as a symbol of her life and her legacy.

Ms Gripper said it was a “simple but telling tribute in the words that they shared”.

The statue, which features a 1 ¼ lifesize figure of Princess Diana with three children, has been in the works since 2017.

It was ready several years ago but its unveiling was delayed due to Meghan and Harry’s royal wedding and all the excitement from that.

It was then delayed again due to the pandemic and Mr Myers argued that the “disintegration of the relationship probably didn’t bode too well for getting together”.

However, it was finally decided that the date of what would have been Diana’s 60th birthday was a good moment to finally have it installed in the Sunken Gardens.

The unveiling was smaller and more intimate than it would have been pre-pandemic, with just William, Harry, Diana’s brother and sisters, the gardener, the sculptor and those involved with the statue committee in attendance.

Ms Gripper noted that, in a similar way to Prince Philip’s funeral, the small, intimate nature of it may have “added to the specialness” of it.