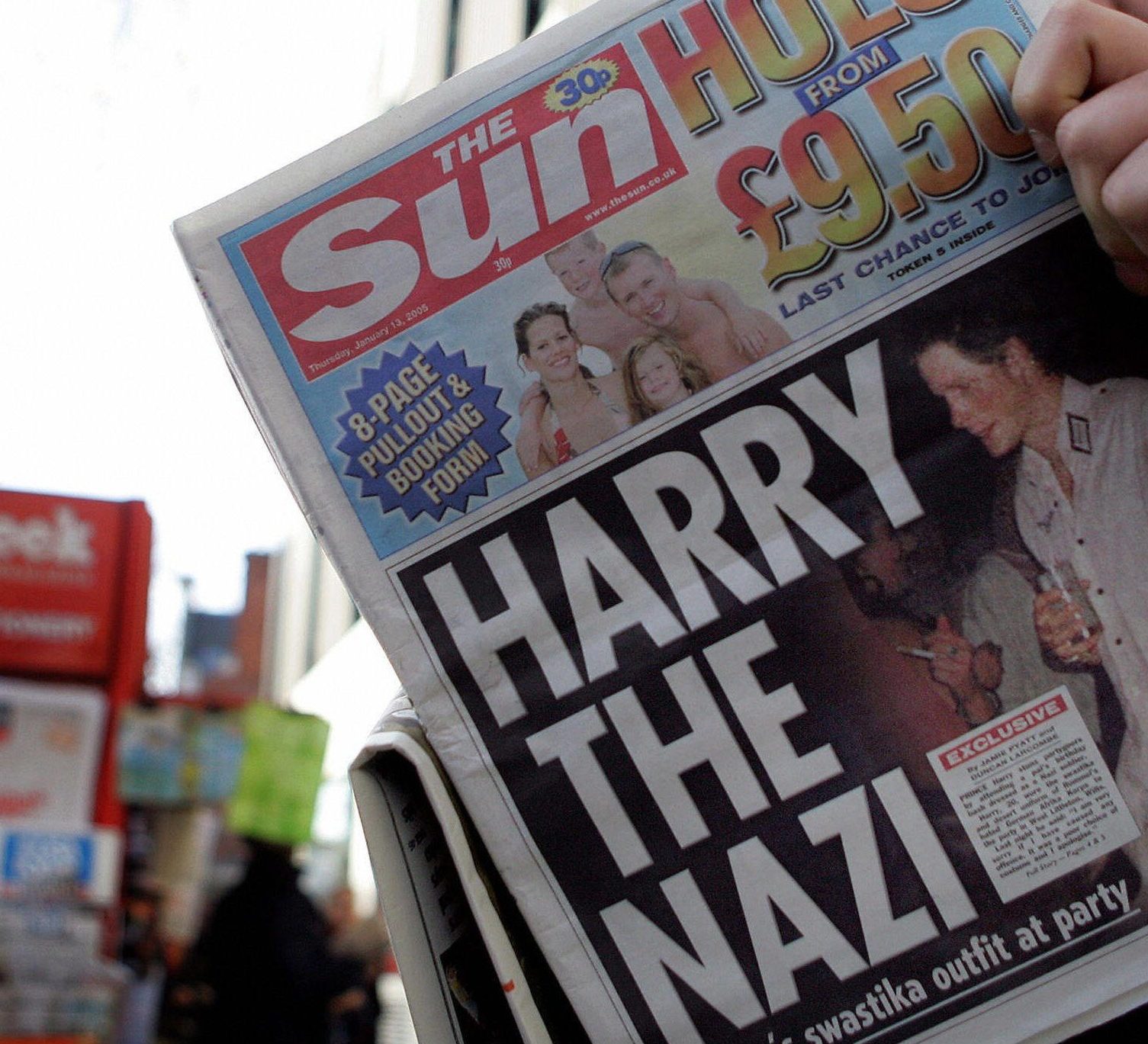 Prince Harry has blamed his brother Prince William and his wife Kate for the notorious Nazi uniform he wore to a costume party in 2005.

The Duke of Sussex says in his new memoir that they both ‘howled’ with laughter at the outfit that sparked huge outrage.

Harry claims in his new book set for release next week – that he was considering either the Nazi uniform or a pilot’s outfit to a ‘Native and Colonial’-themed event.

According to Page Six, Harry wrote that he called Kate and Will for their opinion and said: ‘I phoned Willy and Kate, asked what they thought. Nazi uniform, they said,’

‘They both howled. Worse than Willy’s leotard outfit! Way more ridiculous! Which, again, was the point.’

The outfit became a huge scandal when Harry, then 20, was photographed wearing the Nazi regalia.

The story made the front pages of almost every national newspaper after an image of then-20-year-old Harry in the uniform featured on The Sun.

The Duke of Sussex wore the Nazi uniform at a party thrown by Olympic show jumper Richard Meade.

The theme of the event – held to mark the birthday of Mr Meade’s son Harry – was ‘native and colonial’.

Earlier in the evening he had worn an army-style jacket with a German flag on the arm.

Harry had arrived with his elder brother Prince William, who reportedly dressed in a skin-tight black leotard with a leopardskin pattern and a matching leopardskin tail and paws.

One guest told the Daily Mail afterwards: ‘If this was his idea of a joke then it went down like a lead balloon.’

Harry issued a groveling apology shortly after the image was published.

He said: ‘I am very sorry if I have caused any offence or embarrassment to anyone. It was a poor choice of costume and I apologise.’

Harry had previously addressed the incident in his new Netflix series that dressing as a Nazi was one of the ‘biggest mistakes’ of his life.

The Duke of Sussex expressed contrition for his 2005 gaffe, speaking in the third episode of his and his wife Meghan Markle’s new Netflix show.

Harry expressed his regret and said ‘all I wanted to do was make it right.’

He said he met with the Chief Rabbi and also spoke to a Holocaust survivor as part of efforts to repair the damage done by the gaffe.

At the time, the Chief Rabbi was Jonathan Sacks, who passed away in 2020.

The Duke of Sussex said: ‘It was one of the biggest mistakes of my life.

‘I felt so ashamed afterwards.

‘All I wanted to do was make it right. I sat down and spoke to the Chief Rabbi in London, which had a profound impact on me.

‘I went to Berlin and spoke to a holocaust survivor.

‘I could have got on and ignored it and made the same mistakes over and over in my life, but I learnt from that.’