Prince Charles 'to deal with Harry once King' says expert

William and Charles are said to have become much closer in recent years, united in their shared destiny of one day becoming the reigning monarch. They have also been drawn together in the wake of Harry’s brutal verbal attacks on the Royal Family in recent months. The Duke of Sussex has accused his brother and father of being “trapped” in the monarchy and criticised the Royal Family’s handling of both race and mental health — leaving William and Charles reeling.

The outspoken royal said earlier this year that he wanted to break the cyclic of “genetic pain” passed down from his parents and grandparents, while alleging Charles cut him off financially and stopped taking his calls during the Megxit fallout.

The Prince of Wales has also faced particularly intense scrutiny from his youngest son when Harry hit out at his father again in his new Apple TV+ docuseries, ‘The Me You Can’t See’.

Addressing the pressure of public life, he recalled how Charles told him and William: “It was like that for me, so it’s going to be like that for you.”

Harry explained how he was not planning on replicating this thinking with his own children, claiming: “If you suffered, do everything to make sure that whatever negative experiences you had, you can make it right for your kids.” 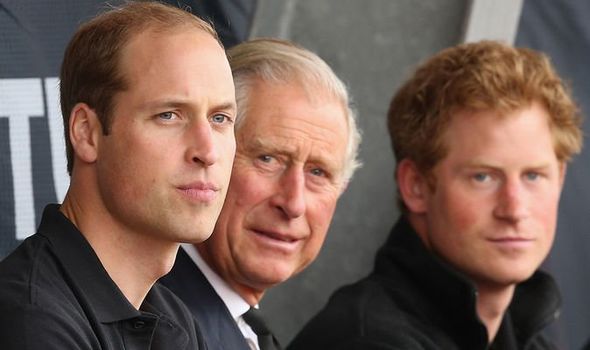 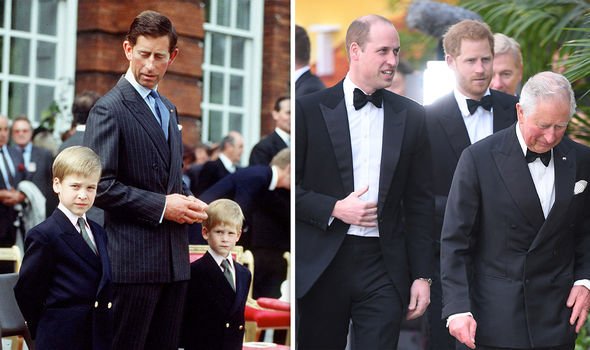 He then accused the Royal Family of “total neglect” and “silence” when he tried to ask for help as both his and Meghan’s mental health declined — and claimed the royals only ever encouraged him to “play the game” and hide his emotions.

Although Harry’s comments sparked outrage, his older brother William actually hinted at similar feelings back in 2017.

During a discussion on mental health, William said: “If I look at my parents’ generation, there was a lot more stiff upper lip going on.

“Don’t get me wrong, there is a time and a place for the stiff upper lip, and for those of us in public life, times when you have to maintain it.

“But behind closed doors, in normal everyday life, we have to be more open and upfront with our feelings and emotions.

“Catherine and I are clear that we want both George and Charlotte to grow up feeling able to talk about their emotions and feelings.” 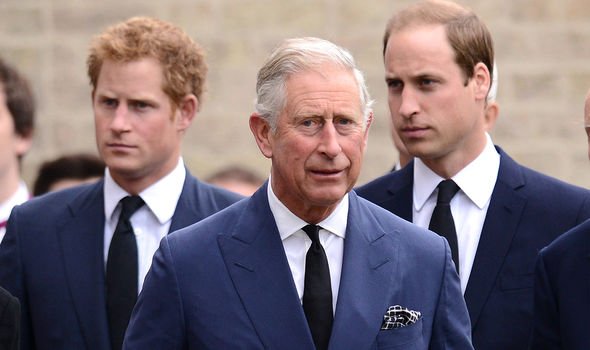 The Royal Family is renowned for embracing the tradition of the “stiff upper lip” and concealing their emotions from the public.

However, William, Kate and Harry shattered this idea with their mental health campaigns back in 2016 and 2017, when they spearheaded the ‘Heads Together’ initiative.

The Duke of Cambridge is also said to be happy to raise his children in the mould established by Kate’s side of the family rather than his own.

Writing for MailOnline, royal commentator Emily Andrews claimed: “It’s undeniable that William enjoys the easy familiarity of the Middletons and their close sense of family, choosing to decamp to their Berkshire home for a number of weeks after the birth of George.

“It was evident that William and Kate would take the blueprint of her Middleton childhood for their new family life, rather than the Windsor way.”

The second-in-line to the throne’s relationship with his father was thought to have been especially strained throughout his teenage years when William was caught up in his parents’ messy split, before facing the trauma of Princess Diana’s sudden death in 1997.

However, William is now much closer to his father, suggesting the frostiness between them has gradually thawed — while his brother has clearly drifted from both of them.

DON’T MISS
Kate criticised over Jill Biden bond: ‘Just as political as Meghan!’ [EXPLAINED]
Meghan and Harry may be ‘upstaged’ by Kate and William with US tour [EXPOSED]
Harry’s rift with Charles hinted at in unearthed Father’s Day post [INSIGHT] 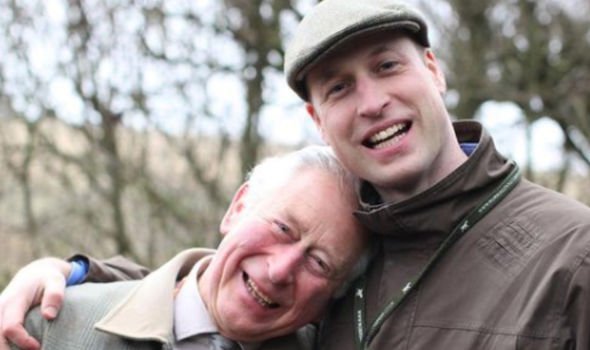 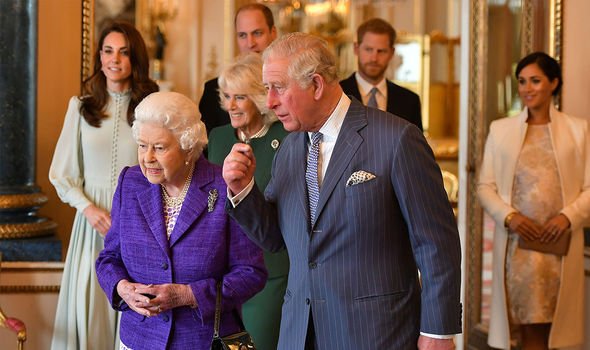 An aide explained to MailOnline: “[Charles] is giving William much more input.

“He realises that his own reign will be a shorter one than his son’s, and therefore it is crucial that William is involved in all long-term planning.

“They have been spending more time together and are much more aligned .

“Both are more comfortable in their own skin — and with each other.”

In comparison, Harry told Oprah Winfrey for his CBS Special back in March that he recognised a lot of work was needed to repair his relationship with Charles. 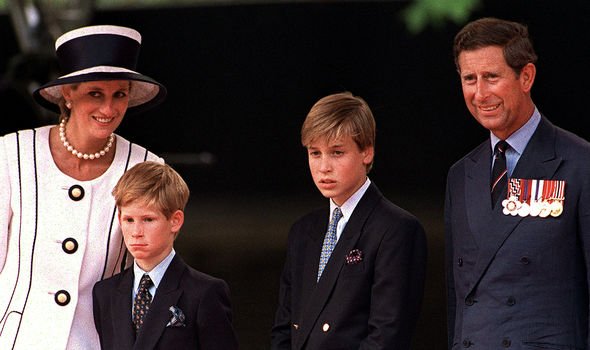 He said: “I feel really let down, because he’s been through something similar.

“He knows what pain feels like, and Archie’s his grandson.

“But, at the same time, you know, I, of course I will always love him, but there’s a lot of hurt that’s happened.

But, Harry then hit out at his father again and said his relatives “only know what they know”, and live in “a big royal bubble”.

The Duke of Sussex attempted peace talks with his brother and father when he was in the UK back in April, but they are thought to have been unsuccessful.