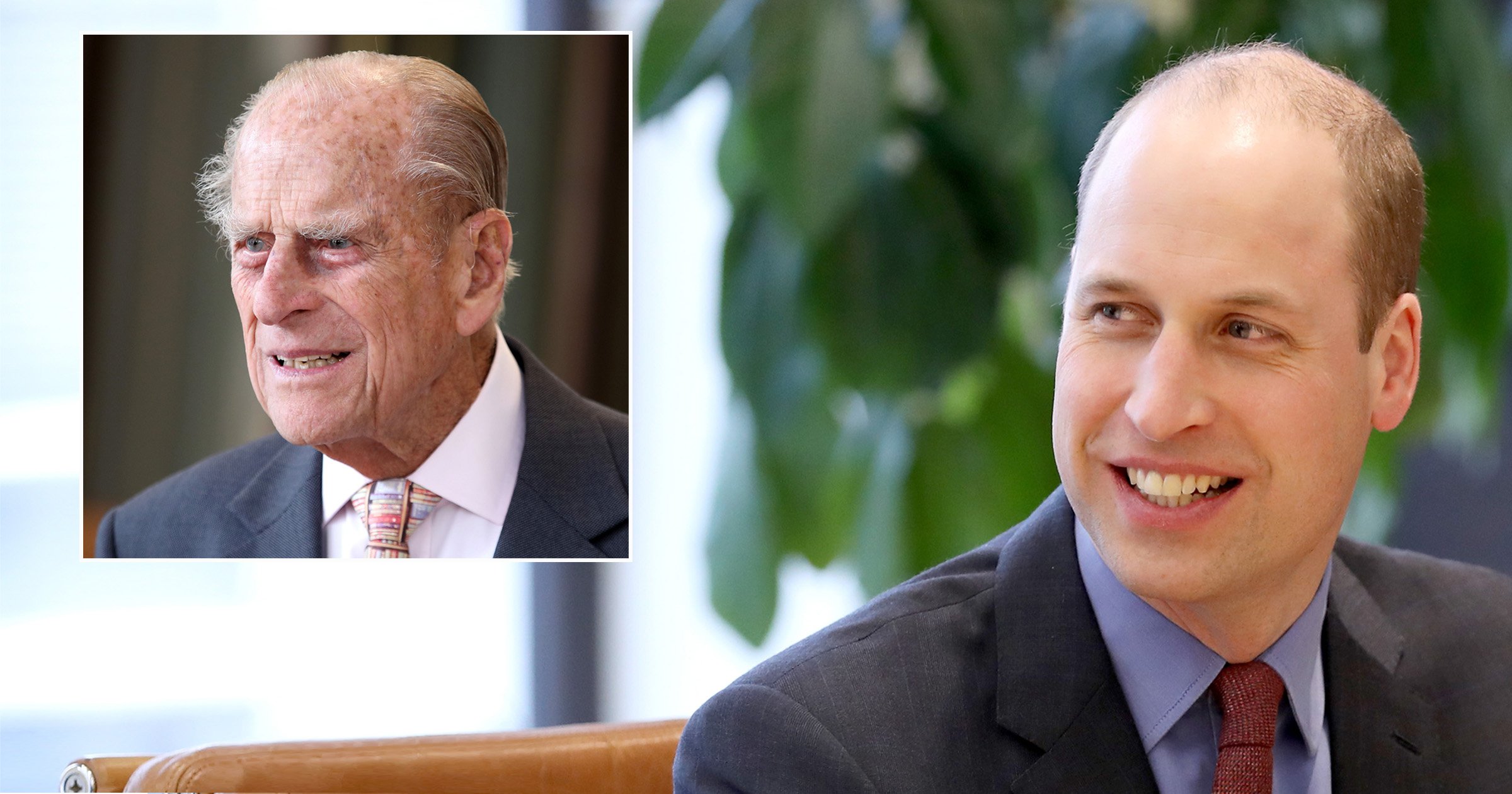 Prince William confirmed his grandfather ‘is okay’ and being looked after during his extended hospital stay.

He added: ‘They’re keeping an eye on him,’ and winked, it is reported.

The prince was on a visit to a coronavirus vaccination centre when he was asked about the health of Prince Philip, 99, who has just spent a sixth night in King Edward VII’s hospital in London.

The Duke of Edinburgh was taken to hospital last Tuesday after feeling unwell. It is unclear what is wrong with him, although it is not related to coronavirus.

He is said to have walked in unaided and the last update from Buckingham Palace said he was ‘in good spirits’.

Prince Philip’s eldest son Charles, who is the heir to the throne, made a 200-mile round-trip from his home in Highgrove, Gloucestershire, on Saturday afternoon to visit the Duke.

He was pictured watery-eyed as he left in a vehicle.

Prince Philip does not appear to have had any visitors since.

Police and security cars have remained at the hospital over the weekend, with heart-shaped balloons and a letter written by a 10-year-old boy tied to the railings.

Although the hospital’s website says visitors will ‘only be considered in exceptional circumstances’, it is understood Prince Charles visited due to his dad’s extended hospital stay.

Royal author Penny Junor claimed Prince Charles may have been going to ‘talk to his father and reassure him about Harry’.

She was referring to Prince Harry’s response to the Queen stripping the Duke and Duchess of Sussex of their royal patronages and the responsibilities ‘that come with a life of public service’.

Ms Junor said: ‘We do all know he doesn’t like fuss, and he would regard a visit as fuss.’

Harry and Meghan have issued a statement that said: ‘Service is universal.’

Boris issues warning to nation not to ‘blow it’ after lockdown

Woman spat blood at police and shouted 'there's your corona'