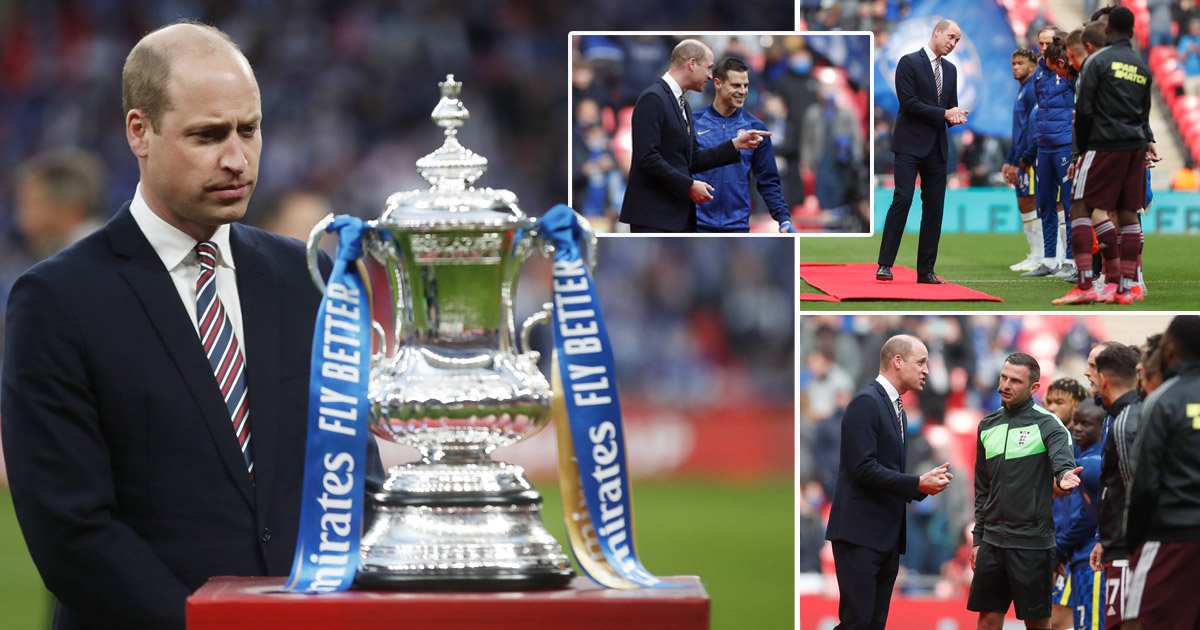 Prince William joined more than 20,000 fans at Wembley Stadium on Saturday in his first public appearance since brother Harry’s controversial podcast comments about their father.

The Duke of Cambridge, a huge football fan and President of the Football Association, presented Leicester City with the FA Cup following their 1-0 victory over Chelsea.

It was the first time he has been seen since the release of a podcast in which Harry appeared to criticise Prince Charles and his upbringing.

The Duke of Sussex suggested his father’s parenting left him with ‘genetic pain and suffering’ and said life in the royal family was ‘a mixture between The Truman Show and being in a zoo’.

William was in good spirits as he met players from each side and sung along to FA Cup hymn Abide With Me.

Afterwards, he tweeted: ‘What an incredible FA Cup Final victory, @LCFC !! Congratulations to Leicester and Chelsea FC on a great match, and to all the fans at Wembley for creating a fantastic atmosphere.’