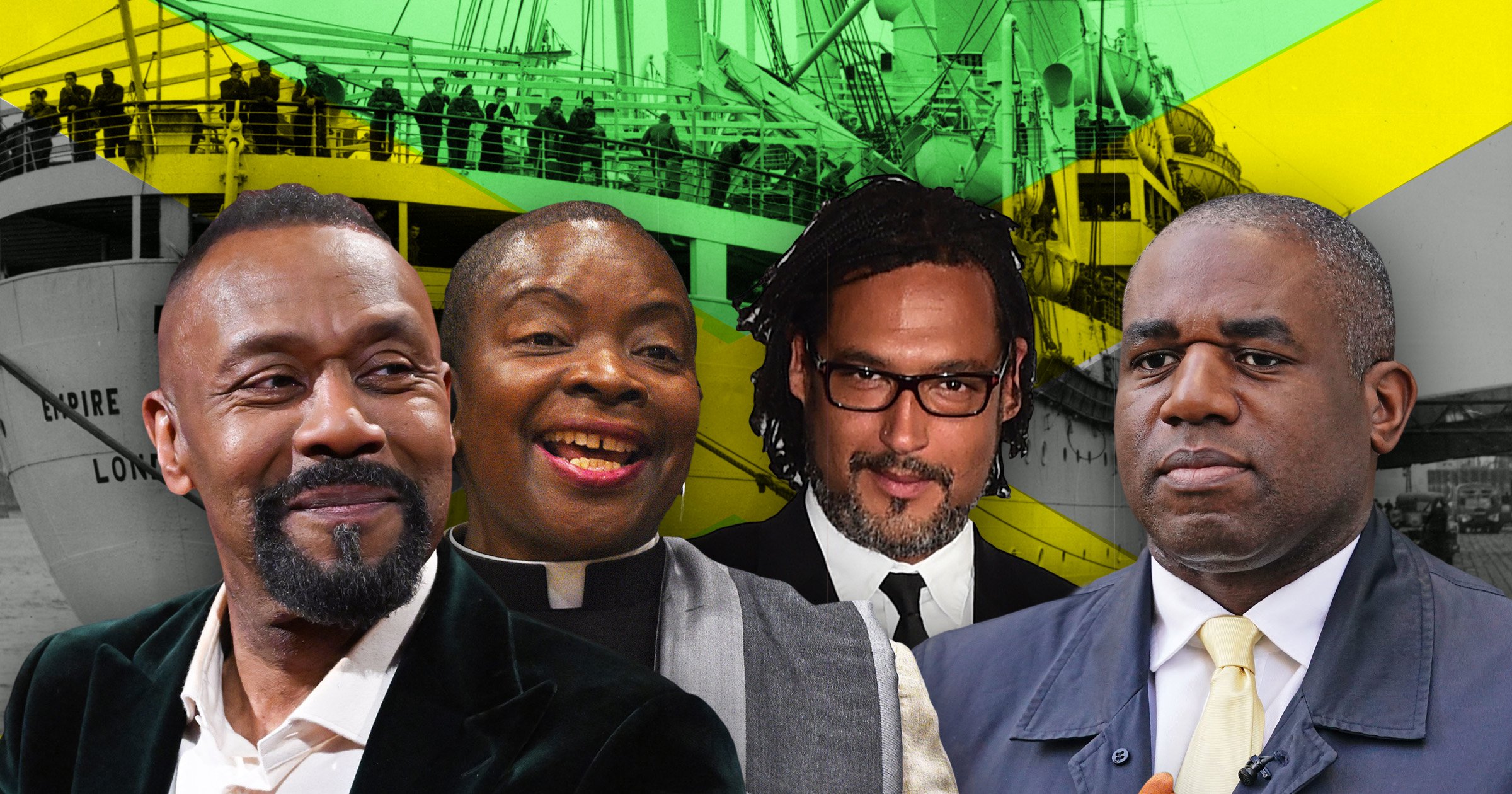 The 75th anniversary of the Windrush’s arrival in England will be the ‘last significant chance’ to recognise the generation while it still has living members, a prominent campaigner has said.

Patrick Vernon OBE called for national celebrations on a par with the Diamond Jubilee for Queen Elizabeth II as a host of prominent figures gave their support to the milestone year.

The HMT Empire Windrush’s arrival at Tilbury docks on June 22, 1948 carrying passengers from the Caribbean invited by the UK to fill labour shortages is considered a pivotal moment in modern British history.

Disembarking 802 people from the islands, the journey was part of a post-war migration wave that is credited with shoring up Britain’s workforce, playing a key role in establishing the then fledgling NHS and helping the country to become a multi-cultural society.

For Mr Vernon, convenor of the Windrush 75 Network, this year will be the last major chance to recognise the enterprising pioneers, who include his own parents, while they are still alive.

The generation have their defining moment in the ship’s arrival but are generally considered people from the Caribbean who sought better lives in the UK between 1948 and 1971.

For the early pioneers, who in many cases were met with racism, the anniversary is one of the last chances to recognise their achievements on a national, year-long scale in their lifetime.

Mr Vernon told Metro.co.uk: ‘The 75th anniversary will be the last significant chance to celebrate the Windrush people while they are still with us.

‘With my own parents, who came from the Caribbean in the 1950s, my dad is 91 while my mum is in her 80s. By the time we reach the 80th or the 85th anniversary most of the generation will no longer be here, so it’s very important to acknowledge and thank those members of the generation up and down the country while we can.

‘We want to say we will never forget their sacrifices and their contributions to all aspects of British society. Some have been recognised through the honours lists and in other ways, but not many of them have had the recognition and acknowledgement they deserve.’

This year’s anniversary falls at a time when the NHS, which the Windrush nurses helped to establish, is under intense pressure and the cost of living crisis continues to tip people into food and fuel poverty.

The social historian and commentator told Metro.co.uk that the pioneers’ legacy demonstrates the need to respect frontline workers and people from diverse backgrounds in order to improve Britain’s fortunes.

‘We have to look at the future,’ he said.

‘If we want a vibrant, multi-cultural Britain we have to acknowledge the issues around racism and discrimination that are ongoing.

‘We need to create a more inclusive society and recognise that, post-pandemic, we need to support frontline workers and treat them and other people with respect and dignity.

‘We need to reflect on what kind of Britain we want for the future and the talent out there that is not being respected and acknowledged.’

The activist believes that the celebrations should be on a par with the 2012 Diamond Jubilee for the late Queen Elizabeth II, which included street parties and a concert outside Buckingham Palace.

‘On top of the community events that people are already organising around the country, there should be some significant major events which bring the whole country together like those in the Diamond Jubilee,’ he said.

‘The Royal Mint is going to have a Windrush coin and the Royal Mail will have a Windrush stamp, so there are lots of things happening and, in Coronation year, it would be fantastic to see King Charles honour the Windrush members as well.

‘The BBC and other major broadcasters should also acknowledge the history and contribution like they did during the Diamond Jubilee.

‘We are telling people that this is coming your way and inviting communities, the corporate world, the NHS and public sector and all aspects of British society to recognise this history and contribution.’

In a poll for the Windrush 75 Network, six in 10 people in Britain agreed that a ‘great deal’ is owed to the elders whose contribution should be recognised as part of the national story.

Among those ushering in the year is Sir Lenny Henry, who said: ‘It’s vital this year to celebrate the courage of those Windrush pioneers 75 years ago, who gave up the life they knew to seek a better one here in Britain.

‘They paved the way for those of us who have followed.

‘With my one-man play August in England and upcoming TV series Three Little Birds I want to bring their stories to wider attention in 2023.

‘Big respect to those pioneers – we stand on their shoulders.’

Historian David Olusoga framed the arrival of the prospective workforce at the Essex docks as an event that echoes through British life.

‘The arrival of the Windrush is a pivotal moment in black history and British history,’ he said.

‘We see its legacy every day, when we turn on the radio or TV, walk down the high street or cheer for England at the World Cup.

‘So it’s important that the anniversary is marked in a significant way and that everyone is invited to take part.’

The Windrush scandal, and the battle to secure compensation for people targeted for immigration enforcement as a result of the ‘hostile environment’ policies under previous Tory governments, remains in the backdrop of the anniversary.

David Lammy MP said: ‘The 75th anniversary of Windrush will be an emotional day in many communities as we remember the sacrifices of a generation which gave so much to this country, but it is bittersweet.

‘A time to celebrate how migration and diversity has helped build modern Britain – but also to put pressure on the government to finally give the victims of the Windrush scandal the compensation they deserve.’

Campaigners have created the Windrush 75 Network to help coordinate and encourage participation in the celebrations throughout 2023.

Taxi driver who stole €75,000 from elderly customer with dementia jailed