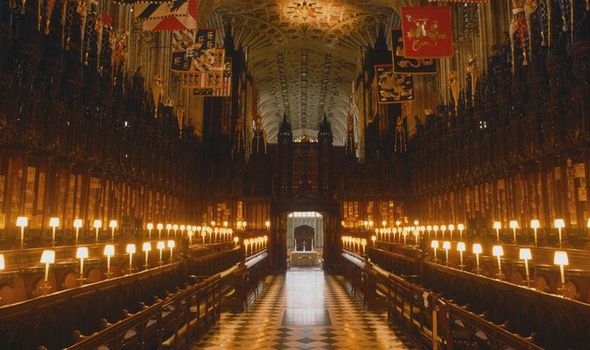 Girls will start training to sing at the hallowed site – where royal weddings and funerals have taken place for centuries – from September next year, it was announced yesterday. The chapel, founded by King Edward III in 1348, is a royal peculiar – a church under the direct jurisdiction of the monarch – and the home of the Order of the Garter, whose ranks will be swelled later this year by the Duchess of Cornwall, Sir Tony Blair and Labour peer Baroness Amos.

Admitting girl choristers will add to the College of St George’s efforts to improve equality and diversity and open up scholarships to them as boarders at St George’s School, Windsor Castle.

A St George’s spokeswoman said it had been a decision for the chapel authorities but they had consulted the Queen, who had given her agreement to the change. “We wouldn’t dream of not discussing it with our neighbour,” she said.The tradition of boys singing at religious services in England dates back more than 1,100 years but it was not until 1991 that Salisbury became the first cathedral to admit girl choristers.

By 2019 they outnumbered boys in English cathedrals but St George’s has been slower to adapt. The Dean of Windsor, The Right Reverend David Conner, said: “We believe it right to include both boys and girls as participants in the great choral tradition of English Church music.” Up to 23 choristers, aged from seven to 13, are allowed in the choir any one time.