The re-examination was sparked after a word “racist” was painted on Churchill’s statue in central London during protests in September. The claims are closely linked to the Black Lives Matter movement that has caused unrest across the world following the death of George Floyd.

It is understood the Imperial War Museum commenced talks on Mr Churchill’s status shortly after the protests in September.

The museum holds the famous Churchill War Rooms, which was the base of the UK government during World War Two.

It stressed in an email to staff, seen by The Telegraph under FOI laws: “We must continue to have conversations around sensitive and difficult issues.

“We must have conversations in which we reflect upon and examine our own biases and preconceptions.” 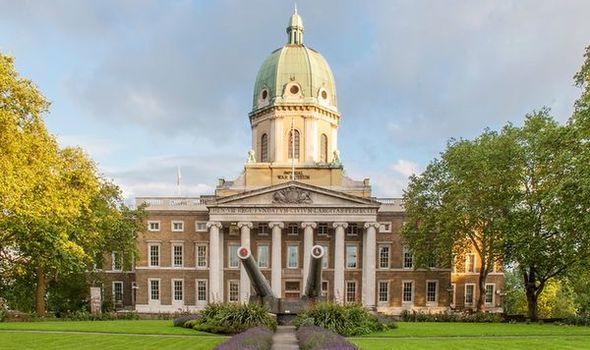 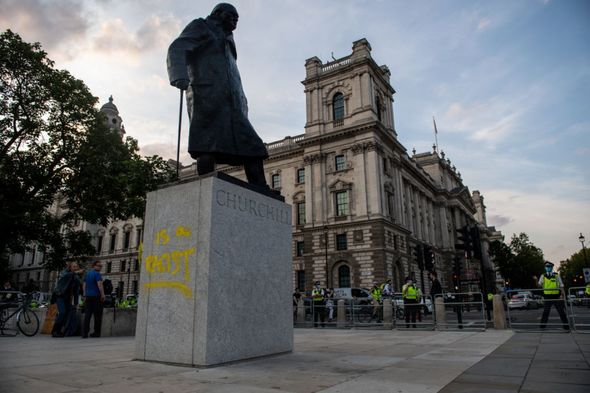 Another museum member of staff stressed they should “chat further” about looking at Churchill’s views.

The email read: “This is one I’m very keen to get ahead of.”

However, Britons have been left speechless with rage over the views of the Wartime Prime Minister.

One said on Twitter: “Beggars belief. I am speechless with rage.” 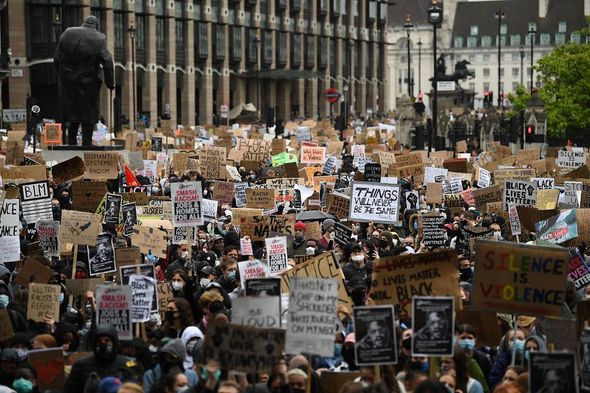 A second person quipped: “How Dare They!

“It’s an insult to our Families who suffered, fought & died in WW2.”

One war hero’s supporters have threatened to stop donations to The Imperial War Museum, who said: “And there ends my donations to the @I_W_M – you can kiss my a*** if you want more money.”

A final person stressed: “This is getting beyond a joke now” 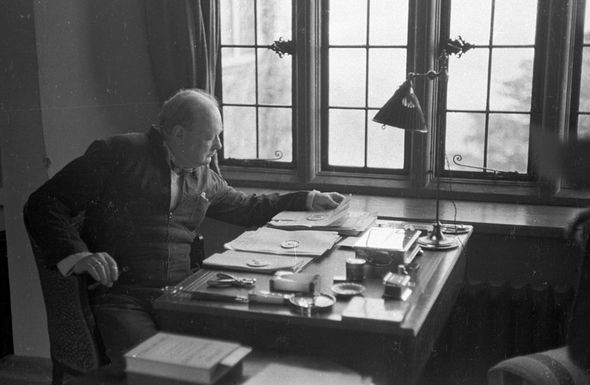 In response, the Museum denies they will be reinterpreting” his legacy and in a statement said: “’At Churchill War Rooms, the Churchill Museum tells the detailed story of arguably one of our country’s greatest leaders, from his role in the First World War and the Second World War, through to his death and legacy.

“We have no plans in place to reinterpret how we present him at any of our branches, including Churchill War Rooms.”

The re-examination follows The National Maritime Museum’s decision to review the legacy of Lord Horatio Nelson.

The maritime museum plans to change their exhibitions to reflect “more complex” nature of some historical events, including the links the Royal Navy has to slavery.

Several statues and memorials of historical figures have also been vandalised or destroyed during Black Lives Matter protests over allegations that they had links to slavery and racism.

Black Lives Matter also acquired support from the National Trust who assured they were “committed to anti-racism and to creating a diverse, inclusive and welcoming environment”.

The Trust recently published a report called “Connections between colonialism and properties now in the care of the National Trust, including links with historic slavery”.

The 115-page document listed 93 of their own properties that allegedly have links to slavery and colonialism.

Chairman Tim Parker said in a letter to the members of the Trust which added: “We understand Black Lives Matter currently is a worldwide human rights movement with no party-political affiliations in the UK.

“Our recent report aimed to give greater clarity and transparency about sources of wealth, to help deepen and enrich understanding of our remarkable places, art and objects.”

‘Coalition of secrecy’ around contaminated blood