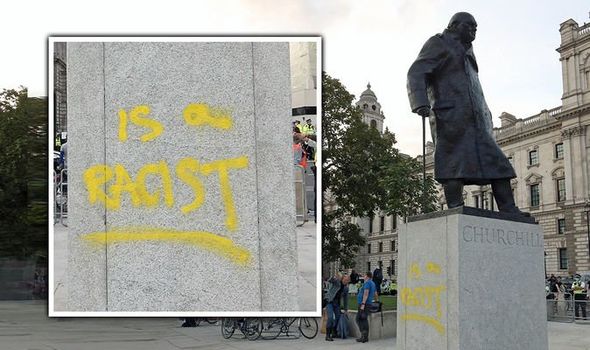 Photos shared on social media showed the iconic statue daubed with graffiti during the mass demonstrations.

In a statement, the Metropolitan Police said: “We have arrested a man in Parliament Square on suspicion of causing criminal damage to the Winston Churchill statue.”

On Thursday, police also arrested a group of topless protesters who chained themselves to the railing surrounding Parliament.

The environmental campaigners said they were calling for the “bare truth” about the climate crisis to be exposed.

“By neglecting to communicate the consequences of a 4C world – war, famine, drought, displacement – the Government are failing to protect us.”

Officers have arrested 648 people while policing protests held by Extinction Rebellion since the start of September.

Coronavirus: How lockdown has given us more time for life’s simple pleasures