Home » Europe » Woman, 59, dies after being pulled from sea near hovercraft slipway 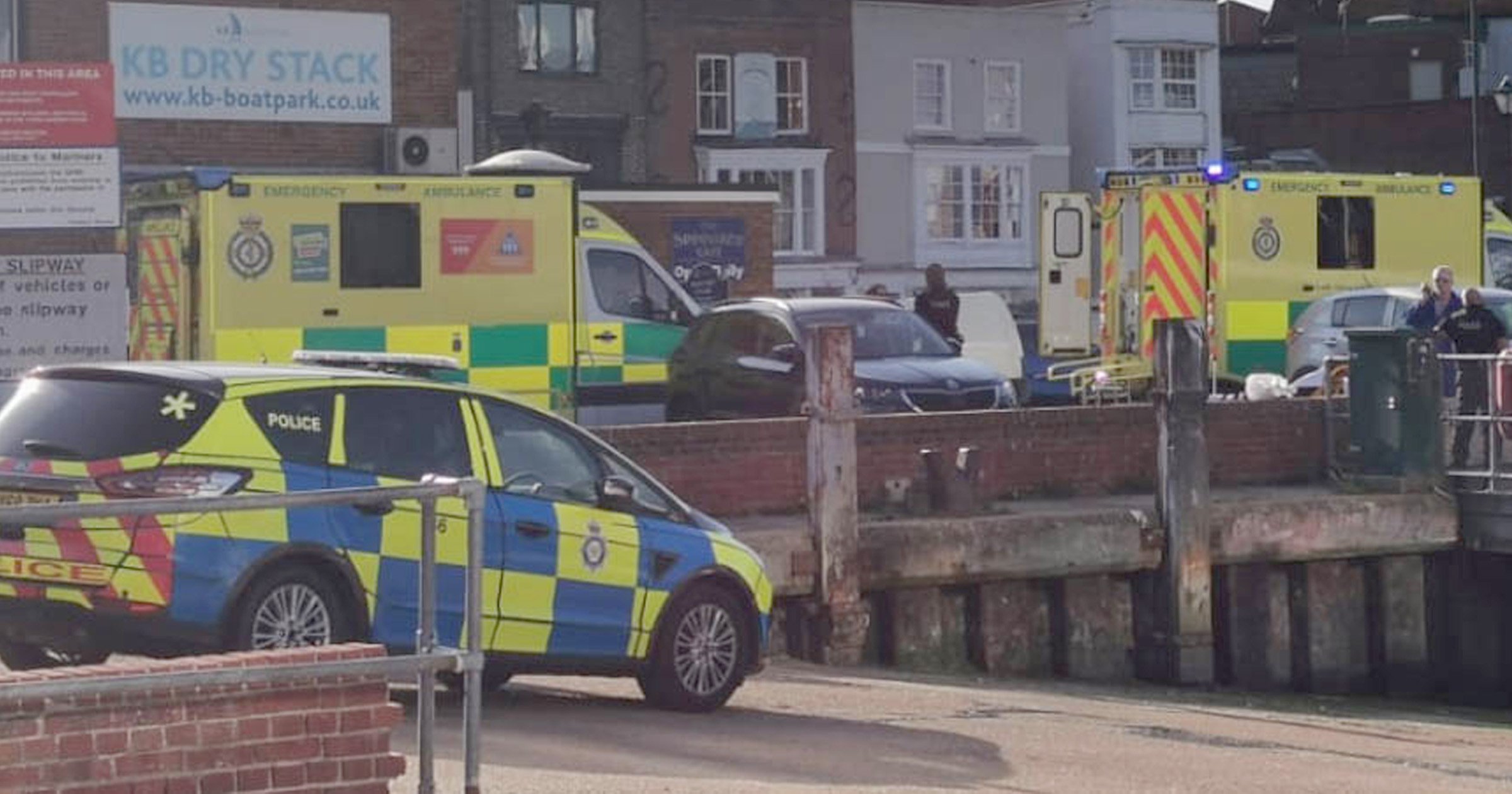 A 59-year-old woman has died after getting into difficulty in water close to a hovercraft slipway in Portsmouth.

The woman was pulled unconscious from the sea at Clarence Pier, Southsea, on Saturday evening and was treated by paramedics.

She was rushed to Queen Alexandra Hospital but died later that night.

Emergency services and the Coastguard were called after members of the public had seen the woman unconscious in the water.

An eyewitnesses said he saw the woman on the beach with a man before going for a swim.

Johnny Sharkey, 45, who was visiting Southsea beach with his family from Reading, said: ‘She didn’t bring her head back up then drifted past the hovercraft channel after it had docked.

‘Unfortunately there wasn’t much anyone could have done.

‘The police and coastguard were called immediately by members of the public.

‘Then we saw a small boat pull her out of the water, in towards the end of the pier.’

A Hampshire police spokeswoman today said: ‘We were called shortly after 5.45pm on Saturday to a report that a woman was unconscious in the water on Clarence Esplanade, Southsea.

‘Officers attended and a 59-year-old woman was taken to Queen Alexandra Hospital. Despite best efforts, she was sadly pronounced dead on Saturday evening.

‘Next of kin have been informed and are being supported by officers.

‘Officers do not believe the Hovercraft to have been involved in any way at this time.

‘The death is not being treated as suspicious and a file shall be prepared for the coroner.’

A South Central Ambulance Service spokesman said paramedics treated the woman at the waterfront, adding: ‘After initial treatment the patient was then taken to the Queen Alexandra Hospital where she was handed over to colleagues in the emergency department in a life-threatening condition.’

Coronavirus UK map tracker: Check how many confirmed cases in YOUR area HERE