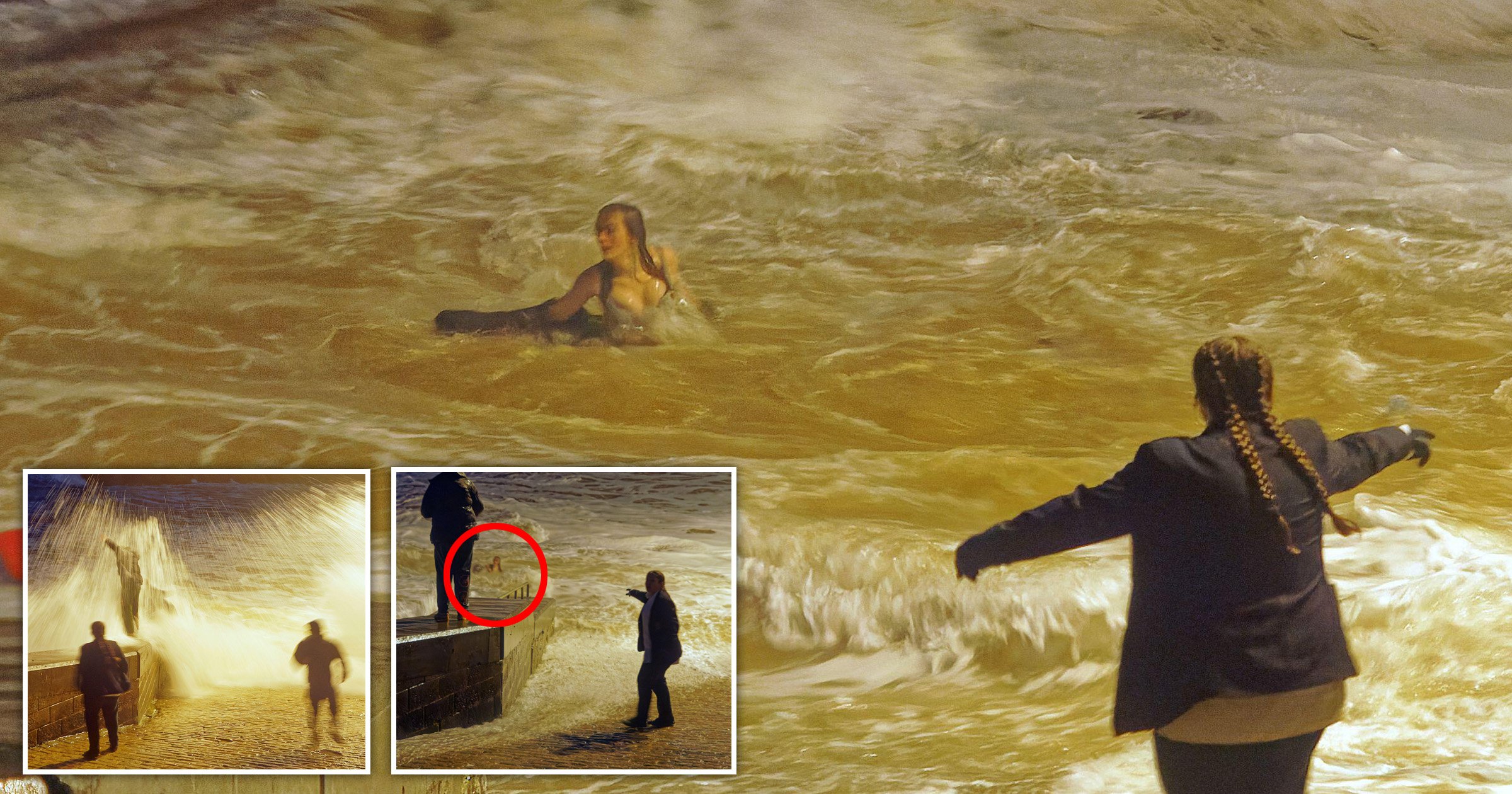 Storm Eunice has arrived with ‘risk to life’ warnings – and one person almost found that out the hard way.

A young woman was lucky not to drown when she was knocked off a sea wall at Town Beach in Newquay last night.

Dramatic images showed her being pulled out to sea and others narrowly avoid being dragged in too.

She was carried away by the powerful undertow but managed to get back to safety thanks to the help of onlookers.

HM Coastguard in Cornwall warned people not to attempt selfies at the beach while the red weather warning is in place.

A spokesperson said: ‘While storm watching can be spectacular, trying to capture the most amazing shot is not worth putting your own safety at risk” said HM Coastguard in Cornwall.’

The weather front is expected to be one of the most powerful to hit the country in several years, dwarfing Storm Dudley earlier this week.

Forecasters are warning winds speeds could reach up to 100mph and cause chaos around the country.

The Met Office has taken the unusual step of issuing a red weather warning for several areas, including London.

An alert covering the southwestern coast, South Wales and the East of England is urging millions to take extra precautions.

There was snow in parts of County Durham overnight, while the North of England, Northern Ireland and Scotland have been told to brace for more.

A Network Rail spokesman said disruption is ‘inevitable’, with rail services in Wales already preemptively cancelled throughout the day.

London North East Railway urged customers urged not to travel at all, while East Midland Railway said there would be cancellations on services into St Pancras.

Northern has also advised passengers not to attempt to travel across its entire network.

The Met Office said even once the worst has passed later on this afternoon, a wind amber warning will remain in place until 9pm of the whole of England.

Met Office chief meteorologist Paul Gundersen said: ‘After the impacts from Storm Dudley for many on Wednesday, Storm Eunice will bring damaging gusts in what could be one of the most impactful storms to affect southern and central parts of the UK for a few years.”

‘The red warning areas indicate a significant danger to life as extremely strong winds provide the potential for damage to structures and flying debris.’

From junk to vegetables: Vending machines adapt to coronavirus crisis