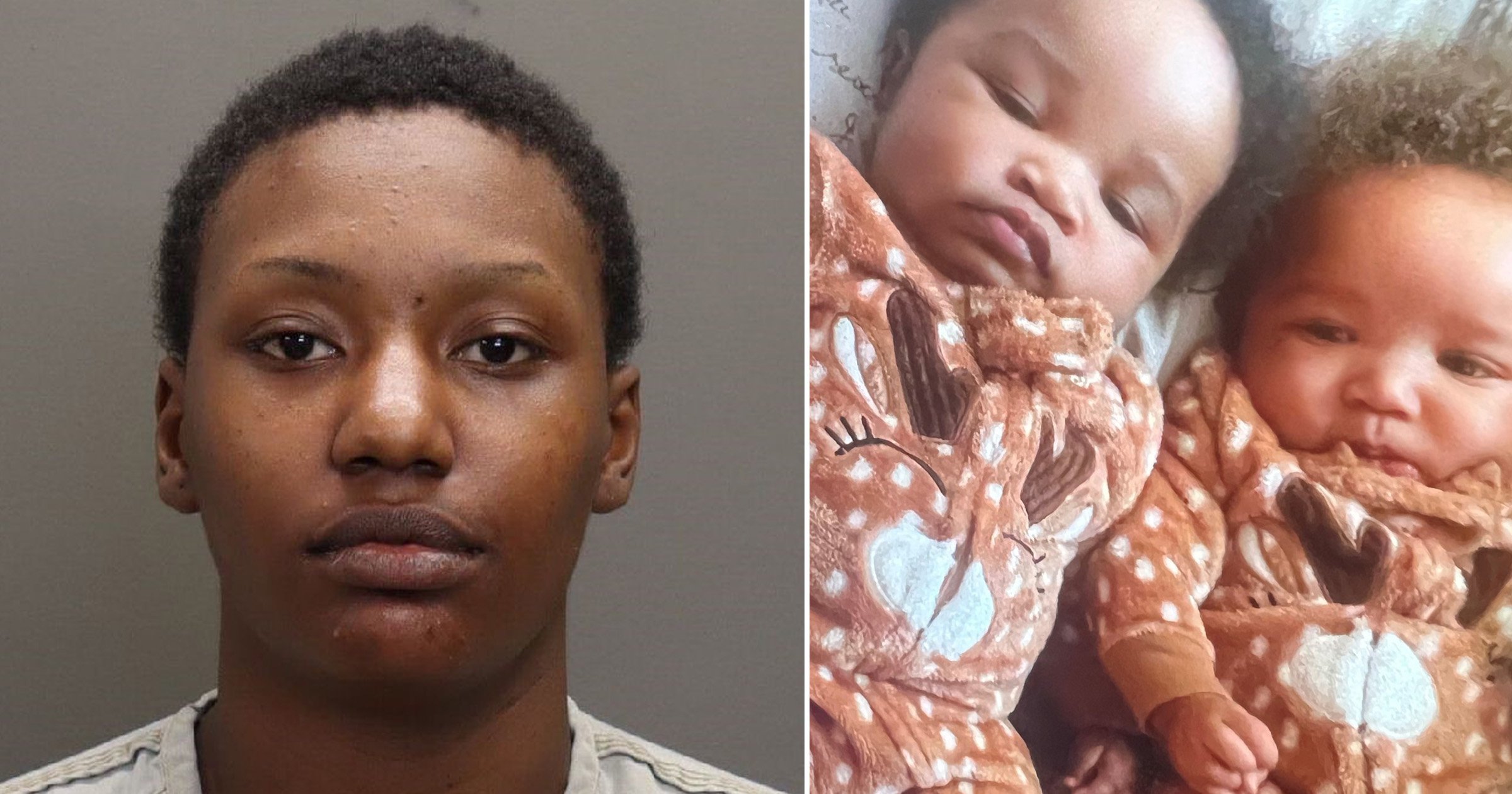 A woman who allegedly kidnapped twin 5-month-old boys has been arrested – but one of the infant is still missing.

Nalah Jackson, 24, was apprehended ‘on the streets’ around 2pm on Thursday in a stolen 2010 Honda Accord, said Columbus Deputy Chief Smith Weir.

She is accused of the kidnapping on Monday in the Short North neighborhood of Ohio’s capital.

The twins, Kason and Kyair Thomass, were in the Accord which was running when their mother went into Donatos Pizza to get her DoorDash order, WBNS reported.

Jackson, who was sitting in the restaurant, slipped out the side door and got into the vehicle and drove off with the twins, state Franklin County Municipal Court records.

Photos from surveillance footage showed that Jackson went to a gas station in Huber Heights on Monday shortly before midnight.

On Tuesday around 4.45am, Kyair was discovered outside Dayton International Airport, where he had been abandoned. However, Kason was nowhere in sight.

Police obtained a warrant for Jackson’s arrest, and she has been charged with two counts of kidnapping.

Before the charges were filed, Police Chief Elaine Bryant pleaded to Jackson to turn over the missing twin.

‘Please return Kason Thomas,’ said Bryant. ‘Thank you for returning Kyair. You’ve already shown us you can do the right thing.’

Family, community members and law enforcement officials have searched Columbus and Montgomery County, where they think Jackson last was.

The FBI is assisting in the search.

‘They have been great in their partnerships and the ability to give us whatever resources that are necessary to help us, whether it’s personnel,’ Bryant said. ‘Whether it’s technology, they have been extremely helpful.’

Anyone with information on Kason’s whereabouts is urged to contact the Columbus Police Department special victims unit.