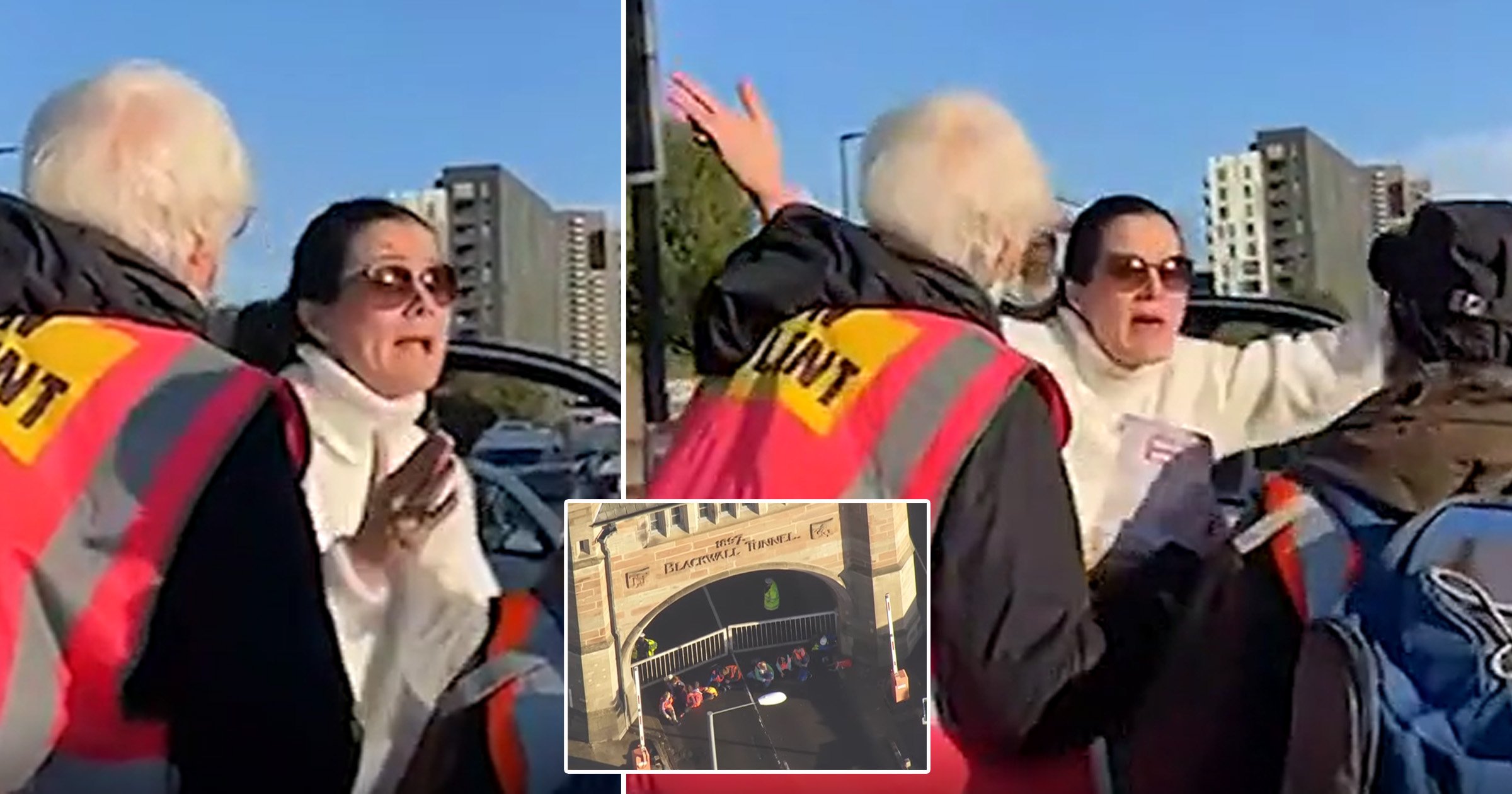 A woman begged climate protesters to stop blocking a London tunnel so she could follow her poorly mum to hospital.

The group Insulate Britain shut down four corners of the capital this morning, causing gridlock for commuters.

Angry drivers dragged protesters off Wandsworth Bridge so an ambulance could get through.

At Blackwall Tunnel near Canary Wharf, a woman was prevented from following her 81-year-old mum in an ambulance to hospital by the blockade.

A video of the clash showed her brand the activists ‘selfish’ before later trying to reason with them.

She said: ‘We all believe in what you’re doing but I just need to get to my mum. Everybody agrees with you.’

The driver added: ‘She’s in the ambulance, she’s going to the hospital in Canterbury, do you think I’m stupid?

‘I need to go to the hospital, please let me pass. This isn’t OK. How can you be so selfish?”

‘Unbelievable, it’s on your conscience.’

A van driver drove at the group as they assembled at the traffic lights and struck a protester who still refused to move, LBC reported.

Insulate Britain’s activists at Blackwall Tunnel brought the northbound A102 to a standstill by sitting on the road at rush hour.

The Metropolitan Police said 38 people have been arrested on suspicion of disrupting the highway and conspiracy to cause public nuisance in connection with the protests on Monday morning.

They said heavy disruption remains at all four locations on the A2, the A3, the A12 and A40, although the roads remain open.

Police tweeted: ‘We consider protests of this nature unreasonable and are acting as quickly as possible to minimise disruption caused to members of the public using the roads.’

It’s the 11th time they have brought traffic to a halt in the capital in the past few weeks – including the M1, M4 and M25 in just one morning last Friday.

The group has vowed not to stop until the government takes urgent action to provide insulation for 29 million homes to cut emissions – despite the threat of unlimited fines and imprisonment.

An injunction obtained last week means anyone blocking key routes could be found in contempt of court.

Harry claim debunked: Duke admitted Charles ‘was there’ for him when mourning for Diana