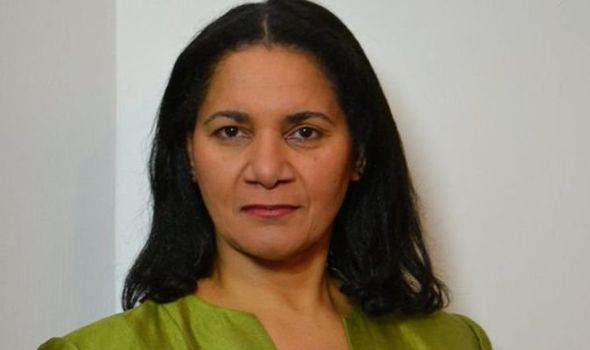 Miss Giwa-Amu, who is mixed Nigerian and Welsh, joined the Department for Work and Pensions as an administrative officer in 2017. During her time at the DWP office in Caerphilly, the 59-year-old was the sole non-white recruit and the only trainee over the age of 50 in her team. An employment tribunal held in Cardiff concluded she suffered “deliberate and humiliating harassment” and that other staff had deliberately created a hostile environment.

Daisy Cartwright, who was also a newly appointed administrative officer, told Miss Giwa-Amu that it was “racist” to say it always rained in Wales.

The tribunal heard Miss Giwa-Amu felt Miss Cartwright was trivialising discrimination by calling her racist for moaning about the weather.

The tribunal found Miss Cartwright carried on “bullying” Miss Giwa-Amu even after others asked her to stop.

Co-worker Robert Lewis “humiliated” her after he accidentally touched her.

Miss Giwa-Amu said the experience was “horrible” and Mr Lewis was laughing about how “unpleasant” it had been.

The tribunal found senior staff breached her confidence after she reported feeling bullied by Miss Cartwright.

Judge Howden-Evans ordered the DWP to pay more than £243,635 in compensation.

This included £42,800 for injury to feelings – such a high amount is only awarded when there has been a lengthy campaign of harassment.

The tribunal concluded: ” Miss Cartwright’s and Mr Lewis’s acts were undertaken in an insulting way deliberately intended to humiliate the claimant and create a hostile environment for her.”