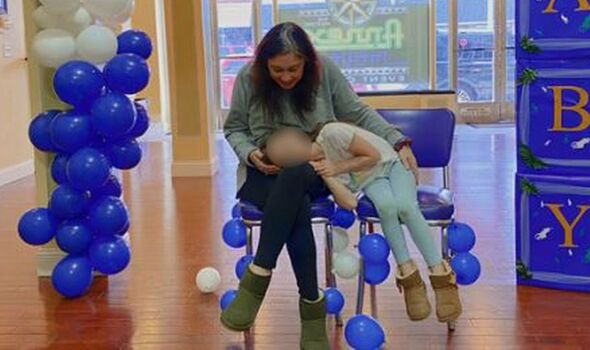 A pregnant woman was left devastated after her friends failed to turn up to her baby shower. The mum was let down by 17 of her guests who had agreed to the invite just “hour before the shower” and still failed to turn up. The mum-to-be’s best friend – who prepped the baby shower with fitting decorations – revealed that not one person turned up to the event.

Admitting that her friend “deserved so much more”, the woman – who boasts more than 900 followers on TikTok account @spins.in.circles – shared a video explaining the heartbreaking betrayal.

In the clip, which has raked in over 770,000 views, the TikToker revealed that the expecting mum was brought to tears.

Captioning post the woman wrote: “People can be cold – she deserves so much more…”

In the video, she explained: “POV: You spent weeks preparing your bestie’s baby shower…

“We were both so excited for the shower. I started making all the fun decorations.

“But hours before the shower, people started to text her…”

Sharing a text exchange, the expecting parent expressed her concerns that no one would turn up to the wholesome occasion, reports the Mirror.

The woman’s pal explained further: “17 people sent back an RSVP. “But not a single person came.

“Somehow she managed to smile through it. But I knew her heart was crushed.”

Despite putting on a brave smile throughout the day, the pregnant woman admitted to her best friend over text that she ‘can’t stop crying’.

She text her bestie: “I seriously can’t stop crying. My face and eyes are so swollen that I can barely open them.”

Confronting the guests who failed to make an appearance, the woman bravely posted an angsty message in the event’s page – but not one person response.

The message read: “Usually I wouldn’t say anything, but I do want to express how important it is to let people know if you are not going to be attending. 17 people RSVP’d, and not a single one showed up.

“I understand that life happens – so please don’t commit to events that you aren’t 100% sure you will be attending.

“It would’ve been easier to just reschedule.”

Sarah Ferguson bombshell: How Prince Andrew revealed he is a ‘confirmed bachelor- for now’