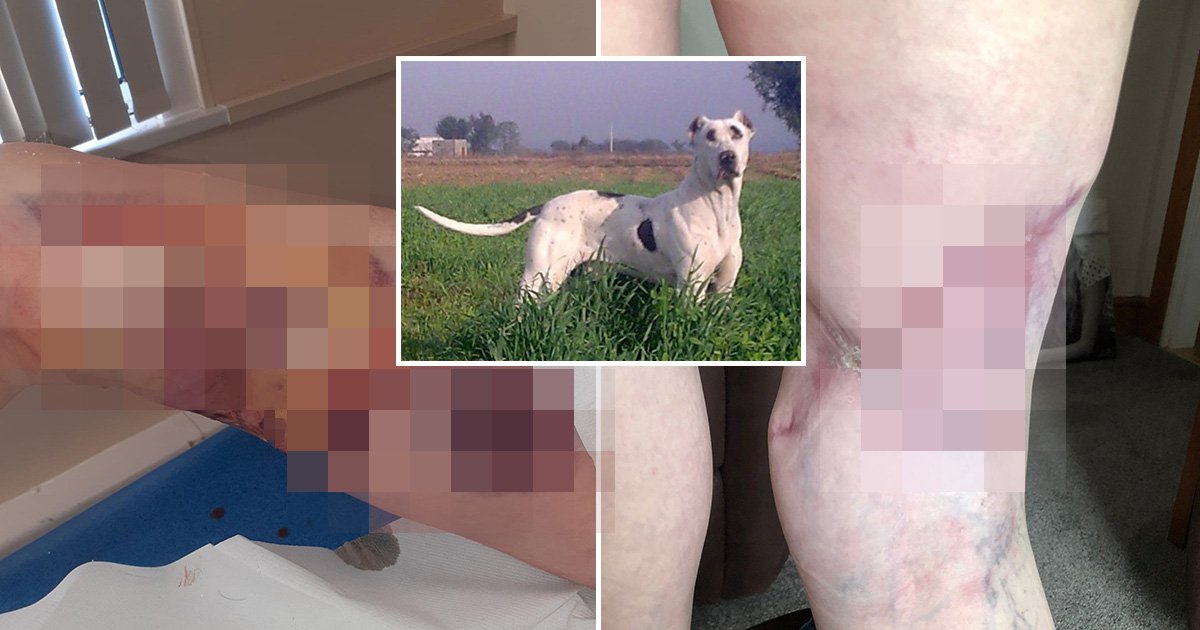 A woman savaged so ferociously by a giant dog that her body resembled ‘chewed meat’ wants the Bully Kutta breed to be banned from Britain.

The victim, who does not want to be identified, is still recovering from the mauling eight months later, after spending nearly a month in hospital where she underwent skin grafts, stitches and intense rehab to allow her to walk again.

She still has no feeling below her knee, experiences pins and needles every day and will have to live with post-traumatic stress and lifelong scarring.

After the woman, from Blackburn, Lancashire, was attacked by the animal – which usually grow to around 3ft tall and 14 stone in weight – she said she was left feeling ‘scarred’ in every way.

It took her several months to build up the courage to walk the two small dogs she was with when the Bully went berserk.

Along with campaigning to have the aggressive breed added to the list of dogs barred in the UK, she claims she has not heard from police since the attack  over whether a prosecution is being brought against the owner.

She said: ‘Why are the police not doing more? Why are people still allowed to own dogs like this?

‘There have been two very young children killed recently in different parts of the country because of dog attacks, and something needs to be done or else it’s going to happen again.

‘I was very lucky. If I hadn’t thought to turn my back on that dog when it came racing towards me, I am in no doubt that it would have killed me.

‘It grabbed onto my leg and wouldn’t let go. The only way I can describe it is to say it’s as if it had a piece of meat in its mouth and it was trying to chew its way to the bone.’

A bite on her right thigh was so deep it cut through several nerves and mangled muscle tissue.

It in understood the dog was seized by police three days later, and is believed to still be in their kennels.

‘Why should we, as taxpayers be paying to look after this animal? Something needs to be done.

‘The law needs changing. The council need stricter licenses and the police need to do more.

‘Just recently there was a little lad killed by a dangerous dog in Milnrow, Rochdale.

‘If this dog is allowed back to its owner, what happens when it kills another dog? Or a child? 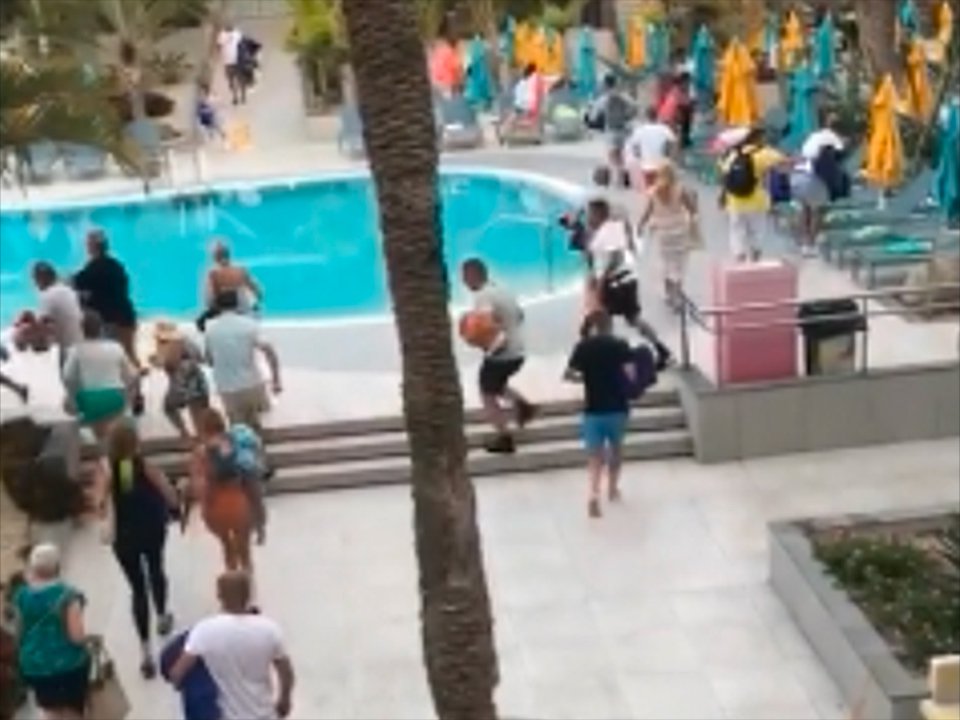 ‘This attack has left me with serious physical scars, but it has been traumatising for me.

‘It’s affected me mentally far more than I thought it would, and it’s been terrifying.’

The Bully Kutta, mainly used for hunting or guarding in the Indian subcontinent, typically stand around 2.6ft tall, with males weighing up to 14 stone.

Their temperament is described as ‘aggressive, intelligent, energetic, responsive, alert, and protective’, with dog information website The Smart
Canine describing the breed as ‘enormous, aggressive, and dangerous’.

Two days after the woman was attacked, the same dog struck again – attacking a spaniel that was being walked in the same area by a woman aged 52, who also declined to be identified.

According to Lancashire police, the incident remains under investigation and the dog is still in police kennels.

It is not known if the RSPCA has been involved, nor is there any suggestion that the animal is going to be destroyed.