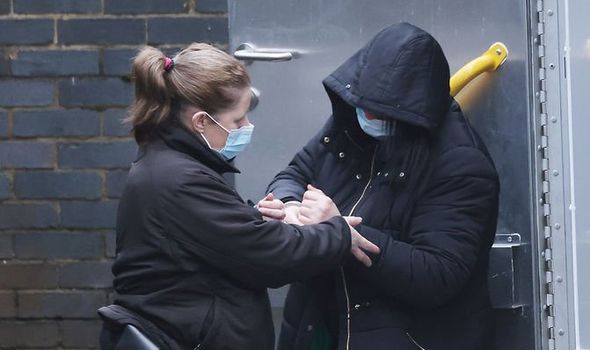 Emma Berry, 47, sank the blade into the chest of 31-year-old Dean Bennett after retrieving the blade from a kitchen sink. The victim, described by his daughter as the “best daddy ever” in the aftermath of the tragedy, died at the scene, on May 22 this year.

Berry lived in house of multiple occupancy with the victim but, on the day of the murder, she had been assaulted by her partner. Mr Bennett was at a nearby pub, telling people he “could not go back” to his accommodation before returning after not obtaining an alternative place to stay.

And Mold Crown Court heard Berry said she was “going to stab him” while looking at Mr Bennett that night as he argued with his girlfriend.

At this stage, the judge heard, she went and collected a kitchen knife from one of the shared areas in the property. Moments later she got on top of Mr Bennett and stabbed him through the chest, piercing his heart.

Berry was pulled away and the knife was taken from her. Emergency services were called but Mr Benett could not be saved.

The mother of three was jailed for life today at the same court after admitting murder, reports North Wales Live.

Sentencing Berry, Judge Rhys Rowlands said: “Dean Bennett was attacked in his own home – a place he ought to be safe.

“Your behaviour is far from out of character as you have previous convictions for serious violence.”

A family statement released following Mr Bennett’s death said: “Dean’s daughter has paid tribute saying that he was the ‘best daddy ever’ and she’s going to miss him always.”

The stabbing happened at the accommodation in Connah’s Quay, Flintshire, north Wales.

There had been no issues between Berry and Mr Bennett prior to the attack, the court heard.

Benjamin Douglas-Jones, prosecuting, told the court that, after the stabbing, Berry was found in her own room by police “rocking back and forth” and “making funny noises”.

Paul Lewis, defending Berry, said the mum was a “chronic alcoholic” – so much so that she lost access to her now adult children.

She was “no different” on the day of the murder and it was “plain to see” she was drunk that night, Mr Lewis said.

Corbyn calls for suspension of rent payments for coronavirus patients