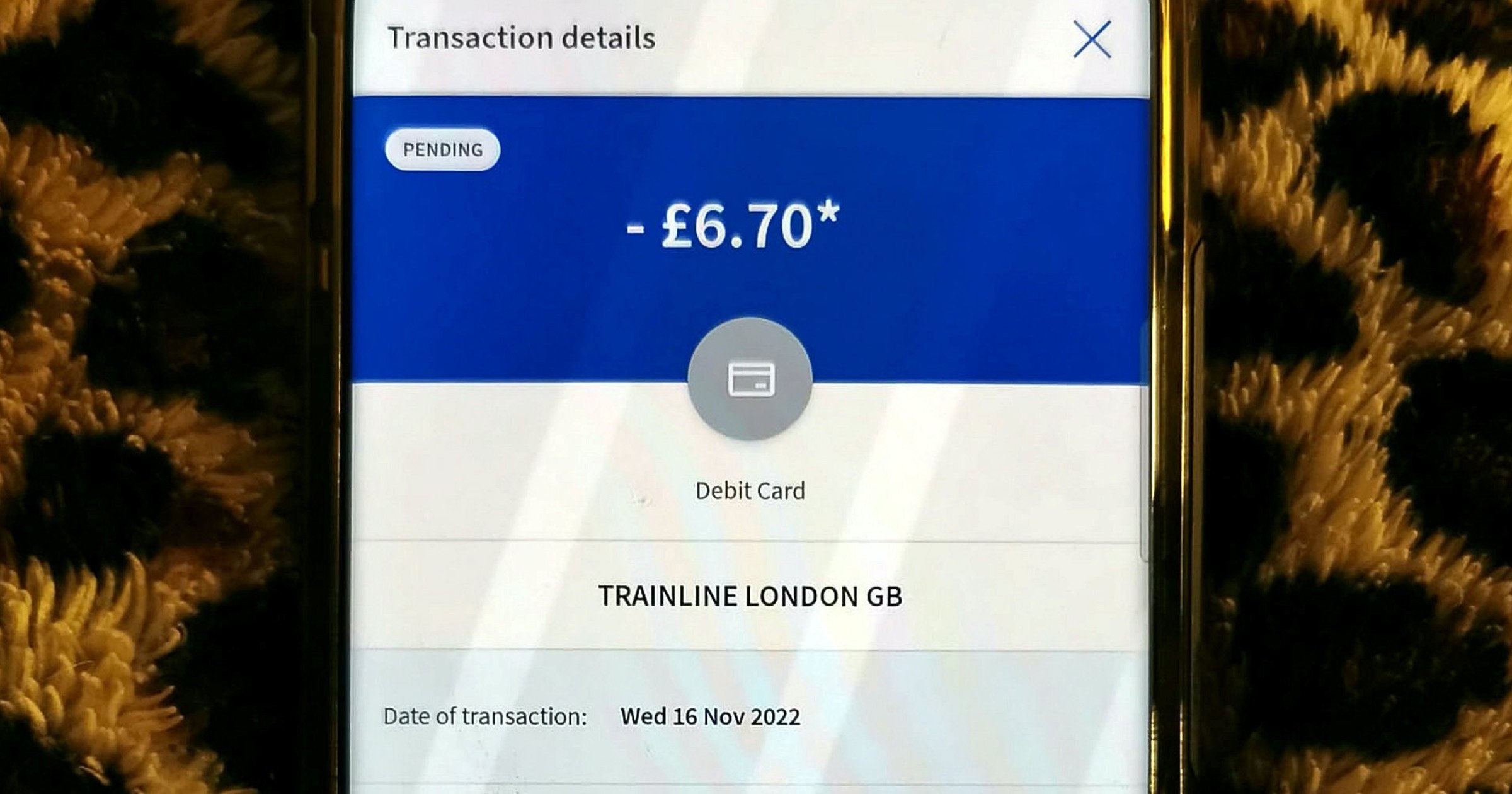 A woman was detained by police and fined for dodging a train fare, even though she paid for a ticket.

‘Humiliated’ Stephanie Mortimore, 28, was left feeling ‘like a criminal’ after several officers surrounded her at Worcester Foregate Station last Wednesday.

The supermarket worker paid £6.70 for the eight-minute journey on the trainline app.

When the app crashed, she claims a train conductor assured her a receipt on her banking app could serve as proof of purchase.

She said: ‘I arrived at Worcester Foregate and there were 10 to 15 ticket inspectors and British Transport police officers.

‘I thought to myself, “this is going to be fine, I was told my ticket was all good on the train”.

‘I was told that in the absence of being able to present a ticket, they were going to issue me with a penalty, but I told them I was going to walk away respectfully as I hadn’t committed a crime.’

However, police stopped her from going anywhere and detained her at the station whilst ‘crying and shaking’, and handed her a £20 fine.

‘After loading up my banking app to prove I had purchased a ticket, I told them I wasn’t going to accept the fare,’ she said.

‘I explained this was causing me distress, but they didn’t change their demeanor towards me and kept saying my ticket wasn’t valid.

‘I left the station feeling incredibly distressed, embarrassed and vulnerable, having been humiliated in public and treated like a criminal.’

After being released, Stephanie suffered a panic attack on the street, and had to be helped by another police officer.

She said: ‘Outside the busy station, I was sobbing, physically shaking, and felt too embarrassed to walk through town in the state I was in.

‘I started having a panic attack and hyperventilating. I became incredibly light-headed and was unable to control my breathing, and a police officer walking through town helped me to the ground.’

Stephanie now wonders how she would have been treated if she was a man.

‘I’m a woman, and I’m only five foot tall, and I look significantly younger than my age.

‘I wonder how the situation would have been handled if I was a male.

‘I’m the most boring person you’ll meet, I never even had a detention at school and will always try to do everything right.’

A British Transport Police spokesperson said: ‘The high visibility presence of our officers on the network is not to intimidate anyone, but to provide reassurance to passengers that we are there to assist them and deter crime.

‘If you’re travelling on the network and need assistance, don’t hesitate to speak to one of our friendly officers.’

A Great Western Rail spokesperson said a pending transaction was not considered proof of purchase but admitted a ‘level of discretion’ could have been used.

They said: ‘While a pending transaction is not proof of purchase, we have on this occasion cancelled the penalty fare.

‘Given the nature of the individual circumstances, a level of discretion could have been shown and we are sorry that this was not applied consistently in this instance.’

Are lateral flow tests accurate and how long are the results valid?