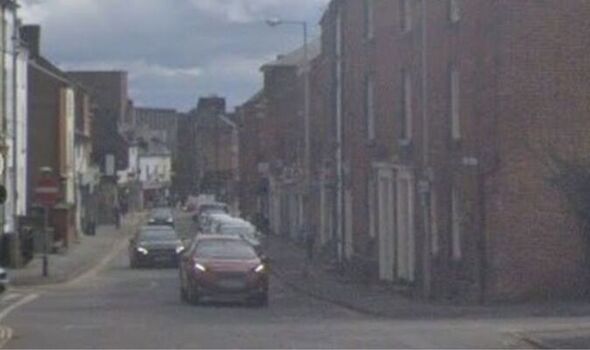 A woman died and a second sustained injuries when a car mounted a kerb outside a takeaway in Oswestry in the early hours of Saturday morning. Police remain on the scene to investigate the circumstances surrounding the incident.

Both people were rushed to Royal Shrewsbury Hospital following the crash.

But police confirmed the young woman died shortly after she arrived.

Her family have been informed of the tragic news.

Officers remain on the scene at Willow Street outside the Grill Out takeaway, where the incident took place.

A second person also sustained injuries from the crash but it is not thought to have been fatal.

Police say they are “doing everything” they can to find the driver and vehicle involved, which they believe was a light gold/champagne-coloured Volvo.

They believe there were several passengers in the car at the time of the crash and ave asked them to come forward.

Officers have asked locals to avoid the area while their investigations are ongoing.

A cordon remains in place outside of the takeaway on Willow Street.

Detective Inspector Paul Bettison said: “Clearly this is a concerning incident and I’d like to reassure you that we are doing everything we can to locate the vehicle and driver.

“Our thoughts go out to family of the woman who has died as a result of this tragic incident.

“I would urge anyone who was in the area at the time and may have mobile phone, dash-cam or CCTV images footage of the incident itself, or the car in the moments leading up to the incident, to please contact us on 999 quoting incident number 90i of today (9 October).

“We believe there may have been a number of passengers in the vehicle, and I would also urge them to come forward.

“I’d like to thank the members of the public who worked tirelessly at the scene to help the victims and deliver crucial first aid.

“Investigations will continue throughout today.”