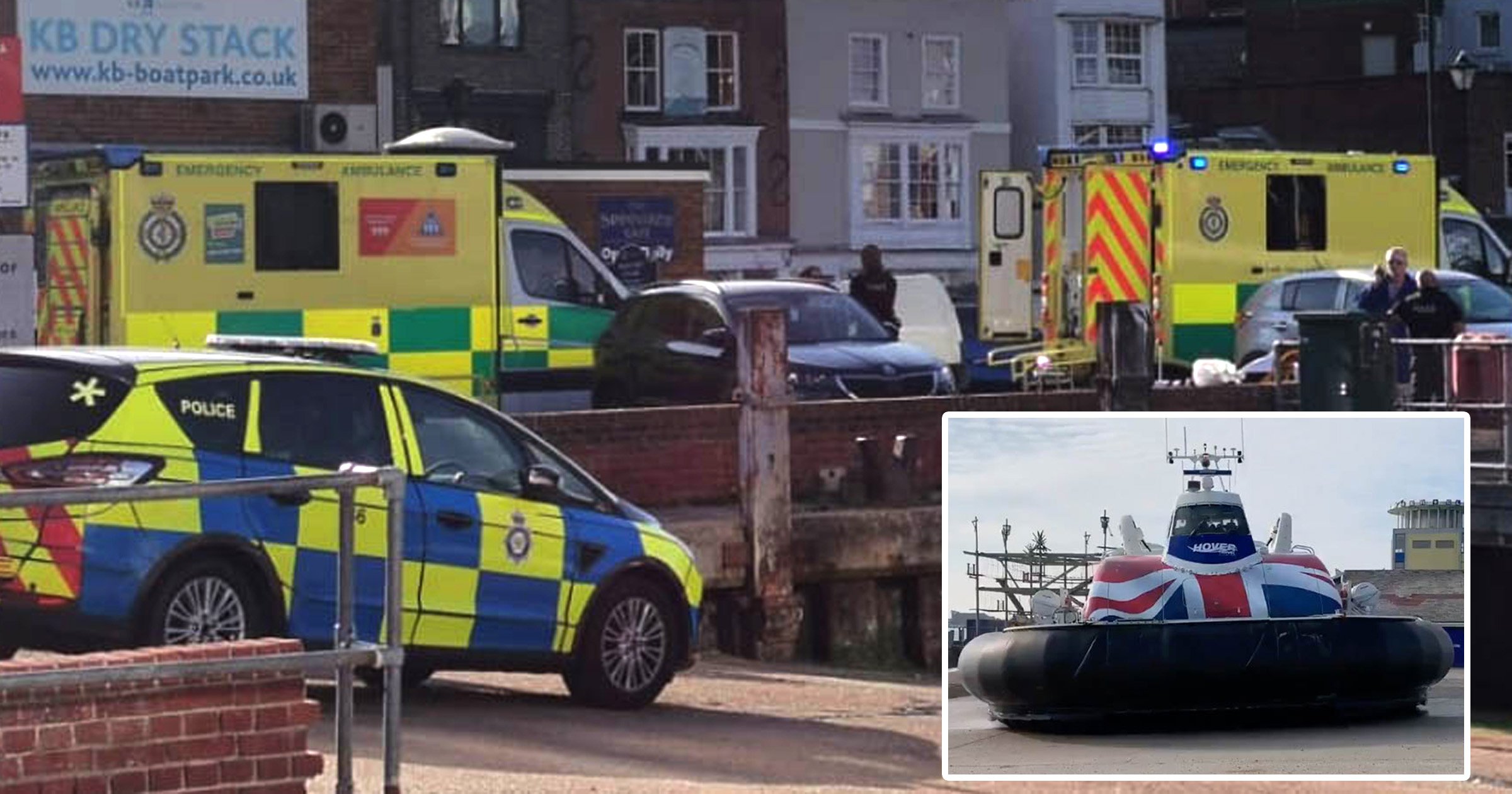 A major rescue operation is underway after a woman was dragged underneath the Portsmouth to the Isle of Wight hovercraft ferry.

The woman was allegedly trying to take a photo while standing in front of the vehicle as it arrived at Clarence Pier, Portsmouth at around 5.30pm.

Her body was then ejected out of the rear of the craft, as staff desperately tried to carry out an emergency shut down, according to reports.

The coastguard was scrambled to the scene and a helicopter was also sent to aid the search and rescue operation and a Ministry of Defence police boat was also seen in the water.

It is thought the unconscious woman was dragged from the water and given CPR and her current condition is not known.

Hampshire Police have cordoned off the area and investigation has been launched.