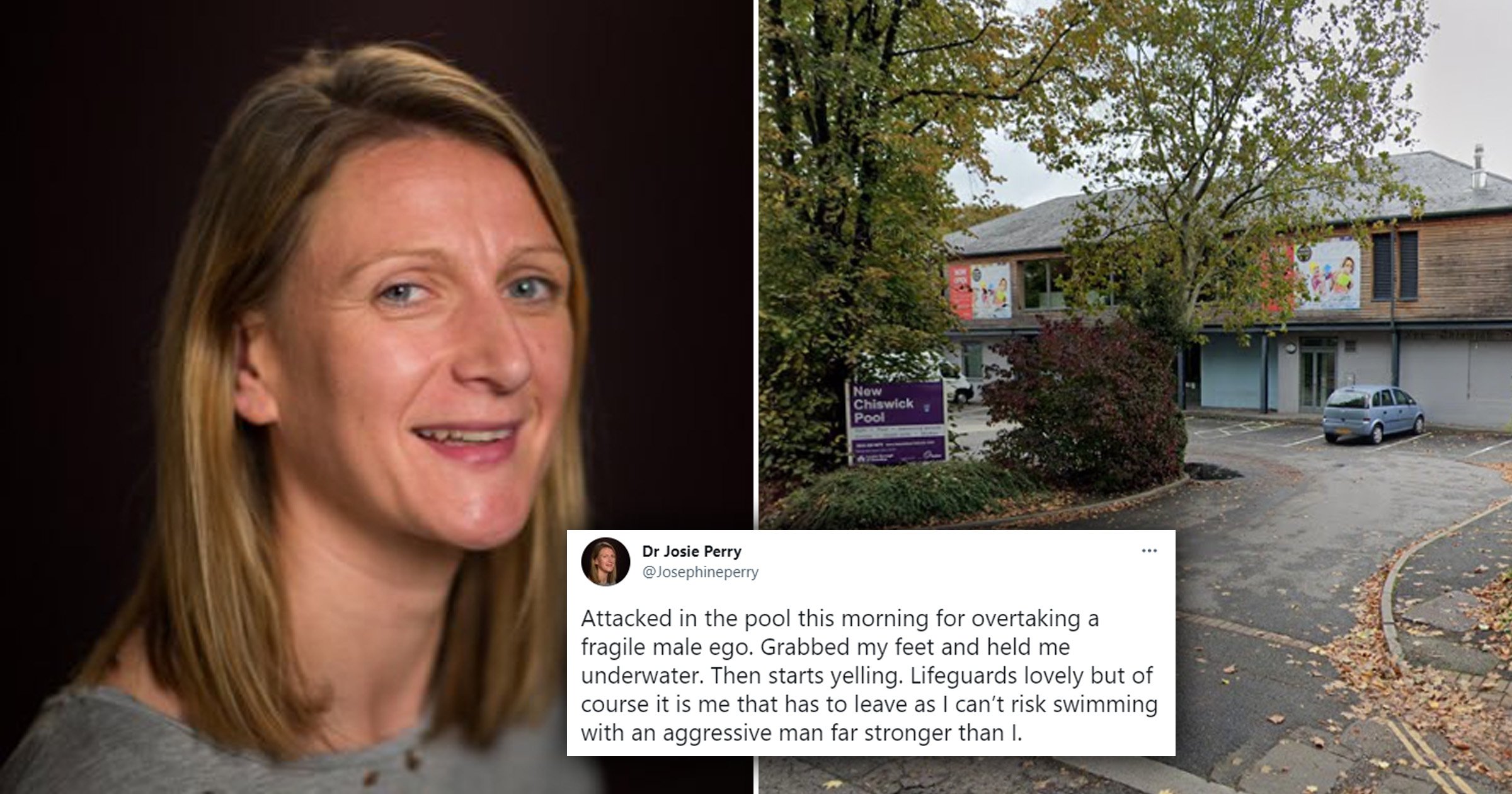 A woman was left feeling terrified after a fellow swimmer dragged her underwater for overtaking him in the pool.

Dr Josie Perry, 44, says the man grabbed her feet before pulling her beneath the surface and holding her down.

The sports psychologist wears a float to support her due to her spinal disability and says the aid flew away during the attack on Monday.

She told a lifeguard about the the incident at Chiswick New Pool, west London, and also reported it to police, who are now investigating.

Sharing her ordeal on Twitter, she said: ‘Attacked in the pool this morning for overtaking a fragile male ego.

‘Grabbed my feet and held me underwater. Then starts yelling.

‘Lifeguards lovely but of course it is me that has to leave as I can’t risk swimming with an aggressive man far stronger than I.’

Dr Perry, from London, says the man was going much slower than her so she had to overtake him quite regularly.

As she got to the end of the fast lane, she says she tumble turned underwater and couldn’t move as she tried to come back up.

Dr Perry realised someone had grabbed her ankle ‘aggressively’, adding that it hurt for an hour or two afterwards.

She told the Independent: ‘He had sprinted after me to get me after tapping my toes at the other of the pool. He told me that’s what he’d done. It gets worse.

‘When I finally got some air and came up, he admitted he’d grabbed me as it was the only way to communicate he didn’t like I was overtaking. I felt I had prodded his ego.’

Explaining how she was ‘shaking’ with nerves, she tweeted: ‘Swam my set. But realised I was holding back so as not to risk upsetting anyone. Hate that we end up modifying our behaviour through fear.’

Dr Perry told how five years ago a she was ‘kicked in the stomach’ by a man for being ‘intimidating and swimming too fast’ – in the fast lane.

Since sharing her story she says hundreds of women have shared similar accounts of being attacked in the pool.

A Metropolitan Police spokesperson said: ‘Police received an allegation of assault from a woman relating to an incident at a swimming pool in Chiswick on Monday, 28 June. Enquiries into the circumstances are ongoing.’

Freedom Day: What can you do today?

The many ways LGBTQ people will be disenfranchised by voter ID

Paramedics fears for patients as NHS struggles with winter demand