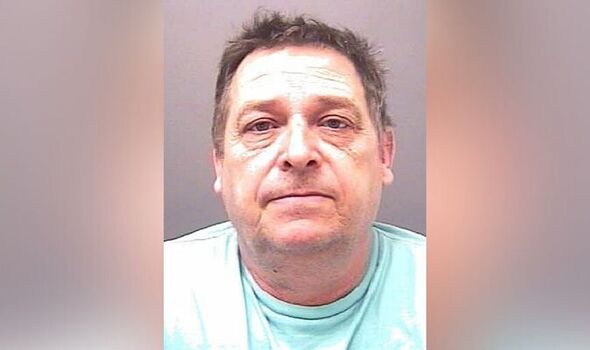 Charles Salter sexually abused the woman when she was 12 years old, Hull Crown Court heard in 2015. Salter raped her on several occasions before she reported the abuse to a friend and the police were called.

He was jailed for 12 years in August 2015 for crimes a judge described as “grotesque”, reports Hull Live.

After serving seven years of his sentence, Salter has been released on licence.

His victim now fears he could return to Hull.

She said: “Victim support got in touch to say he would be released.

“They said that because none of his victims are now under 16 years there is nothing stopping him from coming back to Hull.

“I believe he might come back here which is causing me a lot of anxiety.

“He is not allowed to contact me but there is nothing to stop us accidentally bumping into each other in the street.”

The victim says the news of his release and the fear he could return to Hull, has set her back in her bid to move on with her life.

“It is horrible really,” she said. “I have finally managed to deal with it all and rebuild my life when I heard he would be getting out.

“This news has brought it all back and is producing anxiety. I’m scared I might just run into him.

“I understand he has been released to a hostel and then after a few weeks he can move to wherever so long as he lets the authorities know.

“When I was younger it affected me a lot worse. I was self-harming and I’d go off the rails a bit. But then I found my partner and I have managed to settle down.

“I don’t think he should be allowed to return to Hull. I was not his only victim here. I think it is wrong.”

The woman says the news is not only affecting her but all her family and loved ones.

She said: “My partner is worried and my mum has shut herself off. It is affecting her badly and the rest of the family is suffering. But they are all trying to be there for me.

“I would like to think if I saw him I would confront Charles for what he did. But in reality I would probably just freeze.

“I don’t even think the 12 years was enough for what he did, never mind getting out after seven years.”

Back in August 2015, the court heard how Salter threatened his victim to get her to go along with what he wanted, and she feared she would “get into trouble” if she told anyone.

The abuse had a devastating impact on her.

In a victim’s personal statement she said: “I felt like I had nothing to live for because of what he was doing.”

Sentencing Salter, Judge Jeremy Richardson told him: “You corrupted and debauched that young girl. I forbear to set out the details – they are grotesque.”

The Ministry of Justice has confirmed Salter has been released from prison but were unable to provide any further details surrounding his release or whether he intends to come back to Hull.