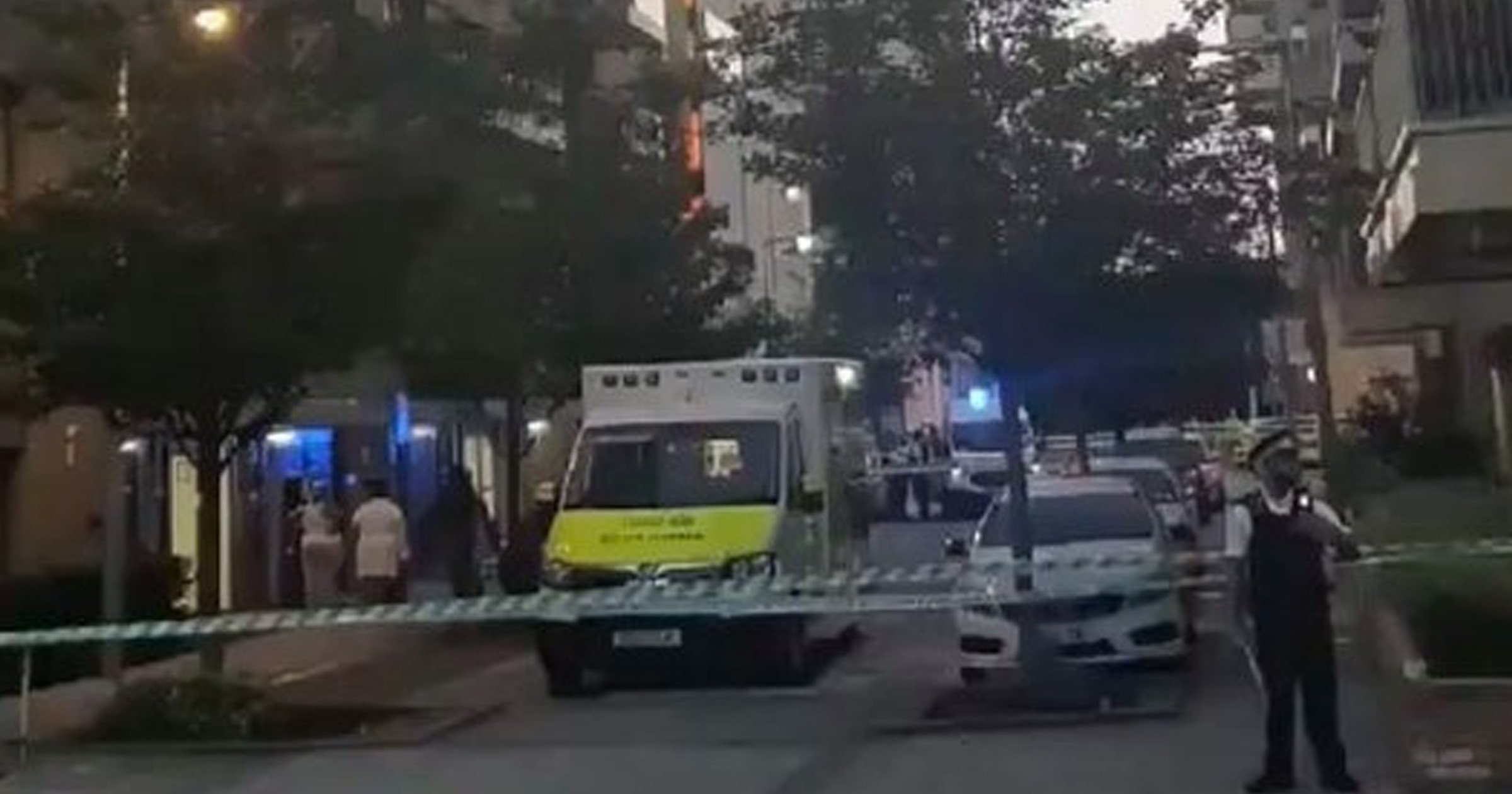 A woman believed to be in her 50s has died after falling from an apartment balcony in south-east London.

The Met Police were called to the flat in Barge Walk, Greenwich around 8.30pm on Friday, July 16 following reports a woman had ‘fallen from a height’.

The victim suffered fatal injuries after she is said to have fallen from the sixth floor of the block.

Paramedics tried to save her but she was pronounced dead at the scene, Scotland Yard said.

Her death is currently being treated as ‘unexplained’ by detectives.

‘This is an active crime scene and the investigation is still ongoing,’ one officer said.

A post-mortem is due to take place on Sunday.

A man was arrested but has since been released under investigation while police enquiries continue.

Eye-witnesses said the woman had fallen from the sixth floor, MyLondon reports.

They described a ‘commotion’ at the scene, with ‘police and ambulances everywhere’.

The road is said to have been closed off while emergency crews tried to help the woman, who has not been named.

A Scotland Yard spokeswoman said today: ‘Police were called to Barge Walk shortly after 8.30pm on Friday to reports of a woman fallen from height.

‘Officers attended along with paramedics from London Ambulance Service.

‘The woman, believed to be in her 50s, died at the scene. A post-mortem examination will be held today (Sunday).

‘The death is being treated as unexplained. Enquiries are ongoing to establish the circumstances.

‘A man has been arrested as part of the enquiry. He has been released under investigation whilst the enquiry continues.’

Anyone with information about the incident is asked to call 101.