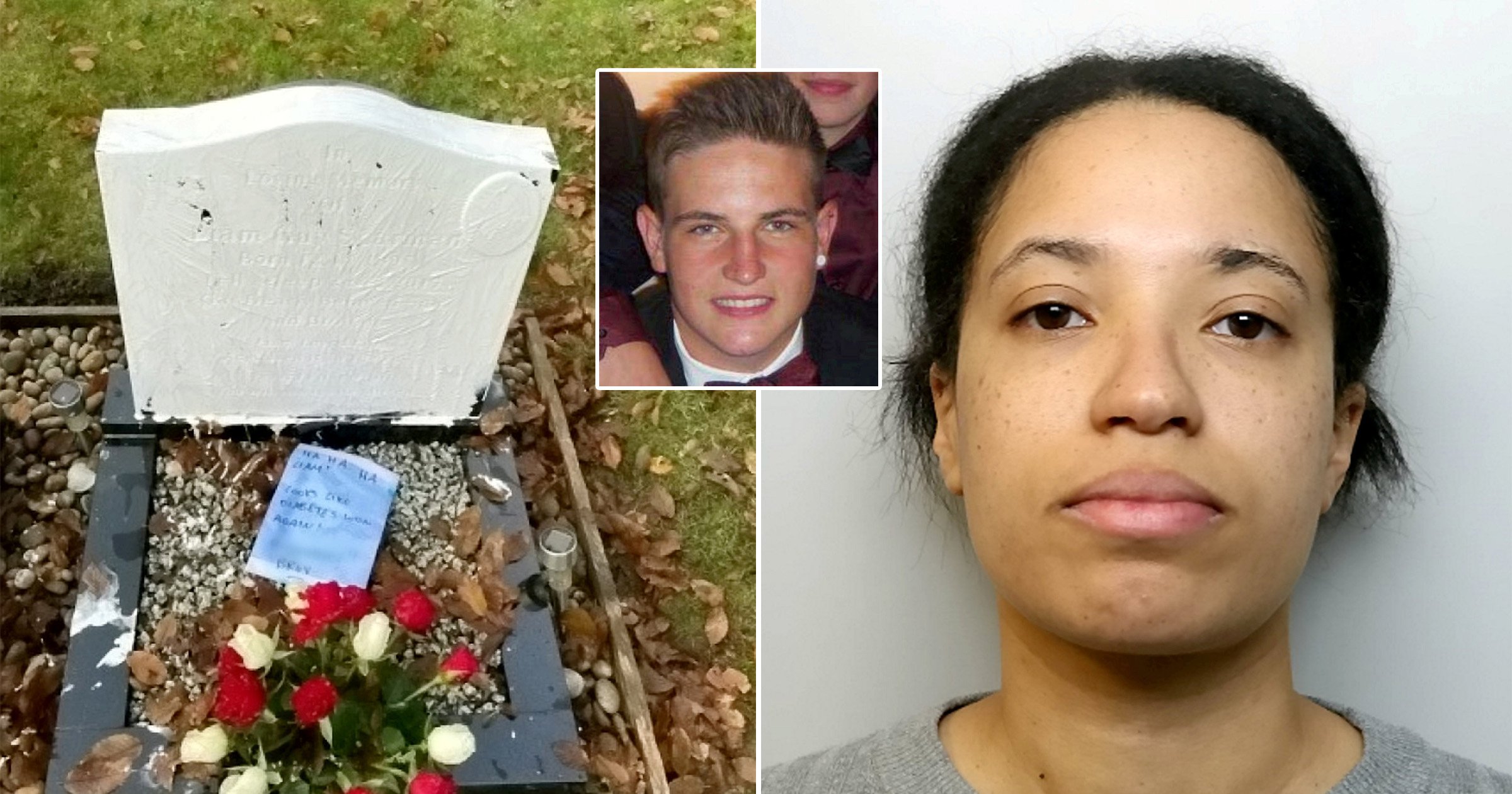 A woman has been jailed after vandalising the grave of a young man with the words: ‘Ha Ha Ha Liam. Looks like diabetes won again’.

The 22-year-old died of diabetes on Boxing Day in 2017 after a suffering a diabetic hypo.

Julius carried out the ‘wicked’ attack on his grave overnight on the 26 to 27 November 2020 – just a month before the three year anniversary of Liam’s death.

Her motives are unclear, but the family believe the culprit was associated with a former love rival.

In a personal statement to the court, Liam’s mother Sue Witt described how Julius’ actions ‘took over’ family members’ lives.

She said: ‘Losing a child is the worst possible grief you could imagine. It has consumed my life.

‘Having found out that somebody had damaged Liam’s grave just compounded all those emotions and undid the progress I had made in dealing with his death.

‘I think people are wondering what kind of person Liam was, how horrible a person he must have been for somebody to damage his grave the way they did, when in reality everybody who knew him loved him.

‘I never knew him to do anything nasty or horrible to anybody. I don’t understand why she did it.’

Julius was jailed for eight weeks at Bristol Magistrates Court today over damage to the headstone at Westerleigh Crematorium in Bristol.

She had admitted criminal damage and two counts of malicious communications at an earlier hearing. She was also ordered to pay £500 compensation to the family and handed a three-year restraining order.

District Judge Lynne Matthews described Julius’ actions as ‘perplexing’ and ‘wicked’ and said they ‘struck at the very heart’ of Liam’s grieving family.

He said in his statement: ‘When I found out Liam’s headstone had been vandalised, I had a numb feeling that went through my body. My initial reaction was why?

‘Why had someone damaged it? Why just Liam’s was targeted? How anyone can write such disgusting things about my son I just cannot believe.

‘The physical damage has been repaired but the emotional damage will take far longer to repair.

‘It’s like someone is sticking a knife in and twisting it. Our family are completely distraught.

‘To commit an act of criminal damage like this along with vile notes addressed to me has left me feeling devastated.’

Liam, who worked in insurance sales, died at his dad’s house in Winterbourne Down while living his brother Oliver and girlfriend.

Investigating officer PC Kyle Maywood said: ‘I’m glad that we were able to identify the culprit and bring some relief to the family, but Julius has never answered the question of what motivated her to act as she did and cause such distress.

‘I hope the sentence will help Liam’s family to put this behind them so they are able to remember him as their much-loved son and brother and not Julius’ hateful actions.

‘I also hope the case gives other victims of disability hate crime the confidence to report incidents to us.’