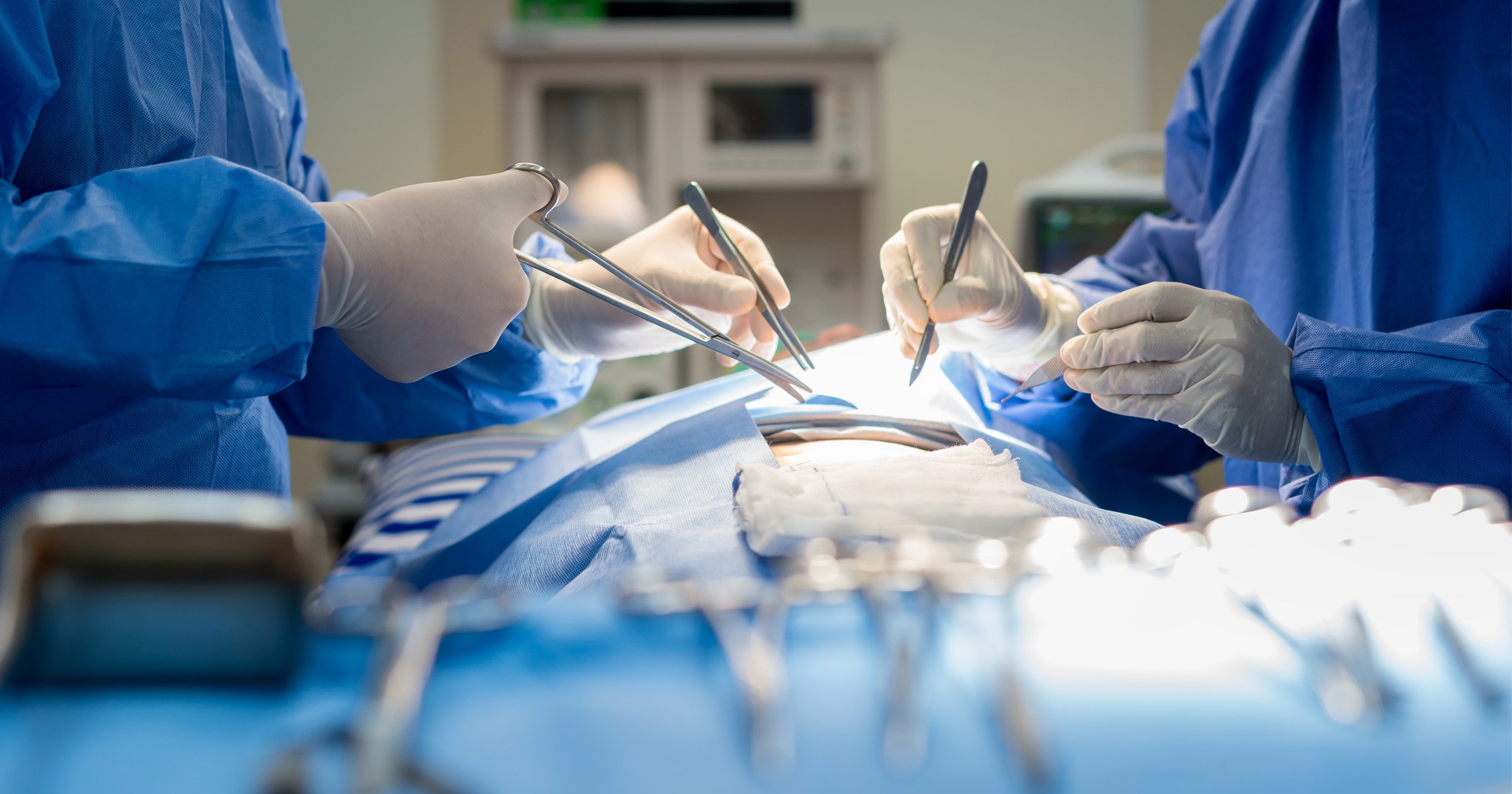 The number of items left inside patients has nearly doubled in two decades, it has been revealed.

Among the items, medical staff left swabs, gauze and surgical devices including drill bits and scalpels inside people on the operating table.

A woman from east London, who chose to remain anonymous, spoke of her experience after an operation to remove her ovaries in 2016.

The 49-year-old said: ‘When I woke up, I felt something in my belly. The knife they used to cut me broke and they left part in my belly.

She said the part of the blade was left inside her for five days, which meant she was in hospital for an extra two weeks and she was left with a scar after further surgery.

‘I lost hope, I lost faith in them, I don’t trust them anymore,’ she added.

‘Every time I look at my belly it’s there.’

Emmalene Bushnell and Kriya Hurley, from the medical negligence department at the law firm Leigh Day which represented the woman, said in a statement: ‘Undergoing surgery is obviously very worrying for any patient but in cases of retained foreign objects they often lead to significant harm to the patient.

‘Unfortunately, we continue to see cases of retained objects post-surgery resulting in patients being readmitted to hospital, having a second surgery, suffering sepsis or infection, experiencing a fistula or bowel obstruction, visceral perforation, and psychological harm.

‘These events, known as never events, should not occur and we welcome any steps to reduce the incidence of retained objects.’

More than 20 years of hospital data in England was analysed by the PA news agency.

The average age of patients with something left inside them was 57 last year, but there was a broad age range from babies to the elderly over 90.

It has recently been reported how the NHS has come under increased pressure over the winter period.

An NHS spokesperson said: ‘Thanks to the hard work of NHS staff, incidents like these are rare.

‘However, when they do happen the NHS is committed to learning from them to improve care for future patients.

‘Last year, the NHS published new guidance introducing a significant shift in the way the NHS responds to patient safety incidents, which will help organisations increase their focus on understanding how incidents happen and taking steps to make improvements.’

Strict procedures such as checklists and counting surgical tools are intended to prevent this kind of incident occurring.

Leaving an object inside a patient after surgery is what the NHS calls a ‘never event’ – meaning it is so serious it should never have happened.

Sometimes the mistakes were not discovered for several weeks, months or years afterwards.

The data however does not separate NHS and private care, and could include several reports recorded for one incident, e.g. if the affected person visits hospital multiple times.